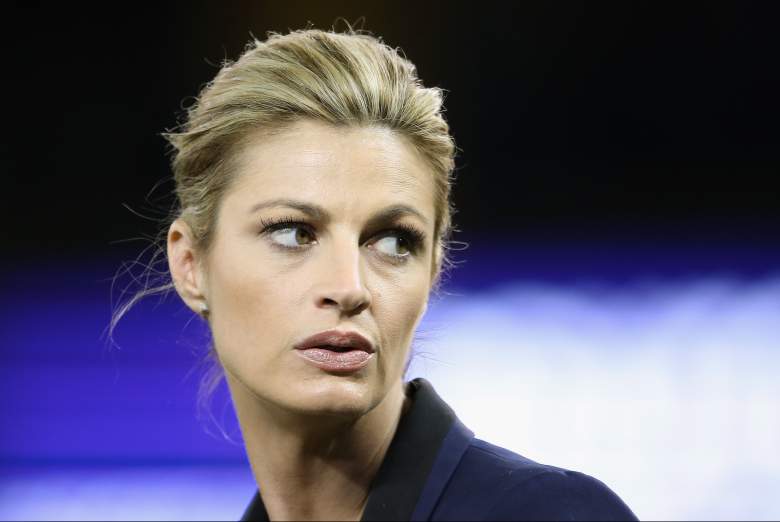 Erin Andrews is one of the most admired sportscasters and followed media personalities in the Twitterverse with nearly 3 million followers. What makes the blond reporter so appealing to so many people?

Find out all about about the talented journalist and media sensation right here.

1. Erin Andrews Was a Dancer at the University of Florida in College

Andrew, a native of Lewiston, ME, is a University of Florida alum, and got her start in the limelight at Gainesville. She was a member of the Gator Basketball Dazzlers dance team from 1997-2000, and graduated from UF in 2000 with a bachelor‘s degree in telecommunications.

Andrews kicked off her reporting career as a freelance reporter with Fox Sports Florida South. She moved through the sports reporting ranks fairly quickly, going from the Sunshine Network, to Turner Sports and eventually ESPN and FOX Sports. She began working for ESPN in 2004, covering mostly hockey and college football at the start. 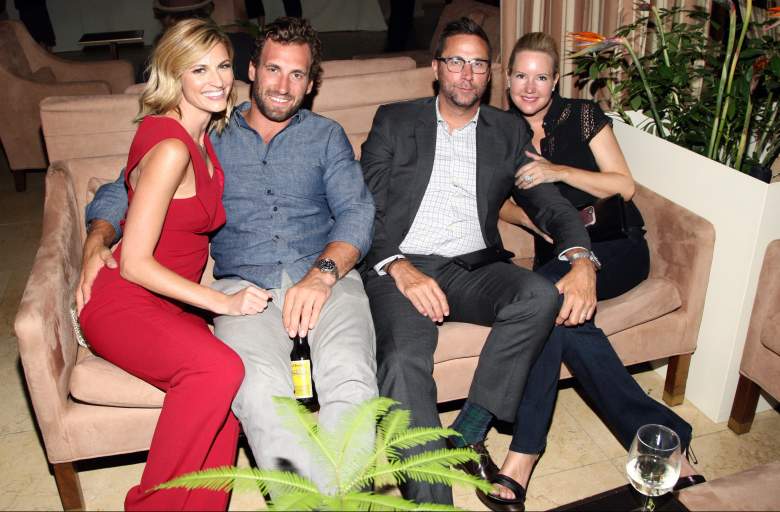 Erin Andrews and Jarret Stoll, seated on the left. (Getty)

Life & Style magazine reported last week that Andrews and boyfriend Jarret Stoll have moved in together. Stoll is a professional hockey player who now plays for the New York Rangers. The couple signed a lease on a New York City apartment. After signing the lease, Andrews says the pair “then went to Shake Shack to celebrate with a vanilla milkshake!”

Prior to coming to New York, Stoll was a part of two Stanley Cup championship Los Angeles Kings teams. The Kings won with Stoll playing center in both the 2011-2012 and 2013-2014 seasons. Stoll was arrested for felony possession of cocaine and MDMA earlier this year. He pleaded guilty to two lesser misdemeanors. Stoll is a native of Saskatchewan.

3. Erin Andrews Is a Current Host & Former Participant of ‘Dancing With The Stars’ 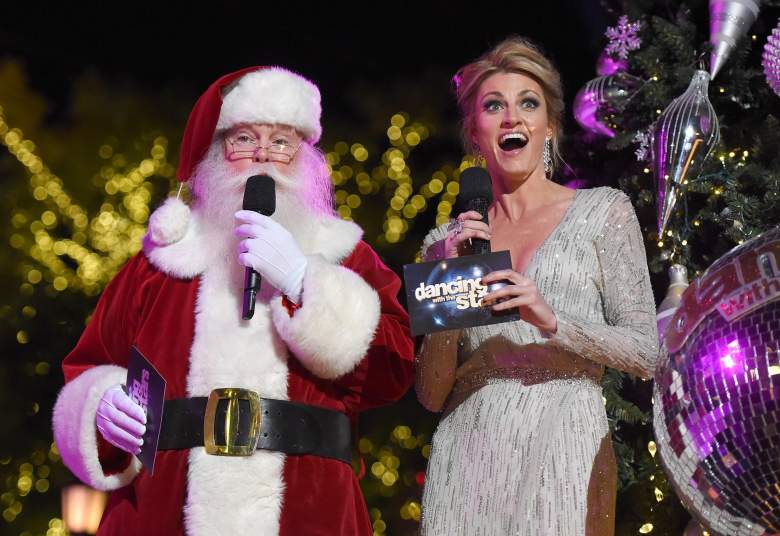 Andrews on Dancing With the Stars. (Getty)

Erin Andrews is a Dancing With the Stars veteran. Andrews competed in the show‘s 10th season and reached the finals with her partner Maksim Chmerkovskiy. The duo finished in third place that season. Andrews was such a huge hit on the show that she is now a host. Andrews currently hosts the 18th season of the show alongside Emmy-Award Winner Tom Bergeron.

It was widely speculated that Andrews and Chmerkovskiy were dating during their time performing together in season 10, but Andrews shot that rumor down. In 2014, Andrews was embroiled in a bit of controversy when she asked Dancing With the Stars contestant James Maslow and his partner Peta Murgatroyd about their relationship. Andrews insisted that the on-air comment was just a joke.

4. Andrews Is Seeking $75 Million in Lawsuit Related to 2008 Peephole Incident 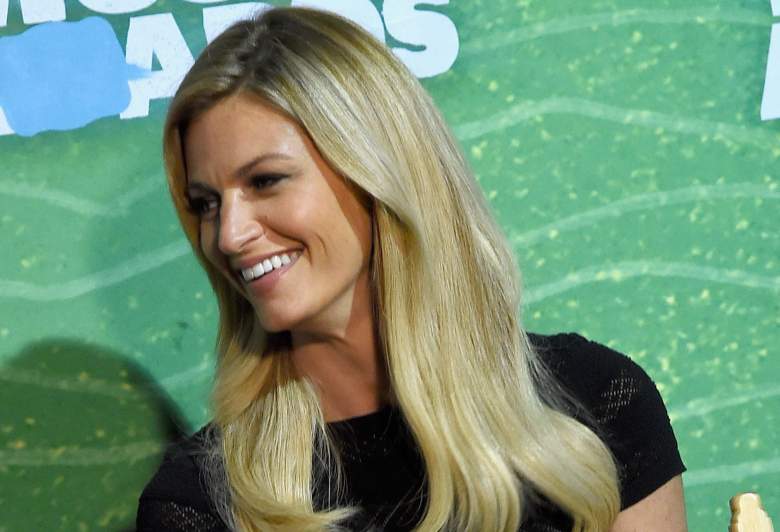 Andrews is currently seeking compensation for a 2008 incident. (Getty)

Andrews is seeking $75 million in a new lawsuit related to a 2008 peephole incident, according to reports. Andrews was the victim of an invasion of privacy at a Marriott hotel in Nashville, Tenn., when her stalker, Michael Barrett, was recorded Andrews in the nude by filming her with a cell phone through her hotel peephole and posted the video to the Internet.

Andrews sued Marriott International and Barrett for invasion of privacy, negligence and infliction of emotional stress. Andrews alleged that Marriott employees aided Barrett by admitting that she was a guest and booking him in the room next to her.

“You violated me and you violated all women,” said Andrews, speaking to Barrett at a 2010 trial. “You are a sexual predator, a sexual deviant and they should lock you up.”

Barrett was later sentenced to two-and-a-half years in prison. In the new suit filed Oct. 13, 2015, Andrews is seeking $75 million from Marriott, West End, Windsor and Barrett as she allegedly suffers from “severe and permanent emotional distress” and “embarrassment.”

5. Erin Andrews’ Net Worth Is About $3 Million 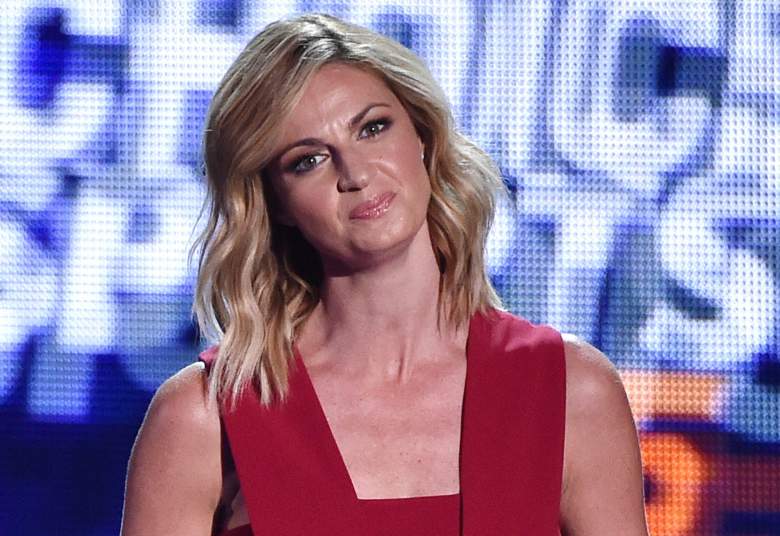 Andrews is worth an estimated $3 million. (Getty)

Erin Andrews‘ television ubiquity has treated her well, providing her a net net worth of $3 million and an annual salary of $800,000. Born in Maine on May 4, 1978, Andrews‘ sideline duties have seen her cover primarily the NHL, college football and basketball, and Major League Baseball. Erin’s father, Steve Andrews, won seven Emmys as an investigative journalist in Tampa. Steve Andrews was a longtime reporter for Tampa Bay TV channel WFLA.