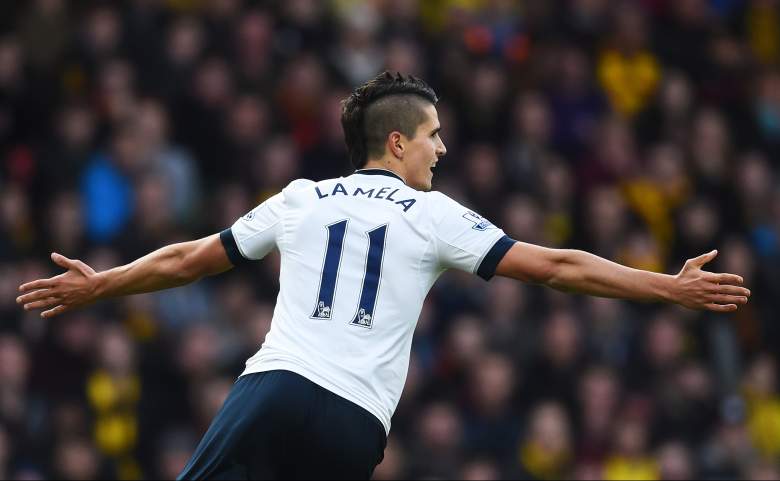 Erik Lamela and Tottenham hope to remain in the top 4. (Getty)

Tottenham Hotspur FC is Barclays Premier League’s hottest team, and currently sit in the coveted fourth spot. On Monday, they take on Watford FC, who sit just three points behind Tottenham for fourth in BPL. Spurs have a clean bill of health and hope to retain a top-four spot in one of the biggest Premier League matches of the season.

Teams finishing in the Top 4 qualify for the Champions League.

Today’s match won’t be televised live in the UK, and will be available via streaming only in the US.

LIVE STREAM: For US viewers: If you have access to a cable or satellite subscription — either yours or someone else’s — you can watch the game online for free via NBC Sports Live Extra. You’ll need a cable or satellite log-in and password to access the stream. The site’s frequently asked questions page has a rundown of technical requirements and other information.