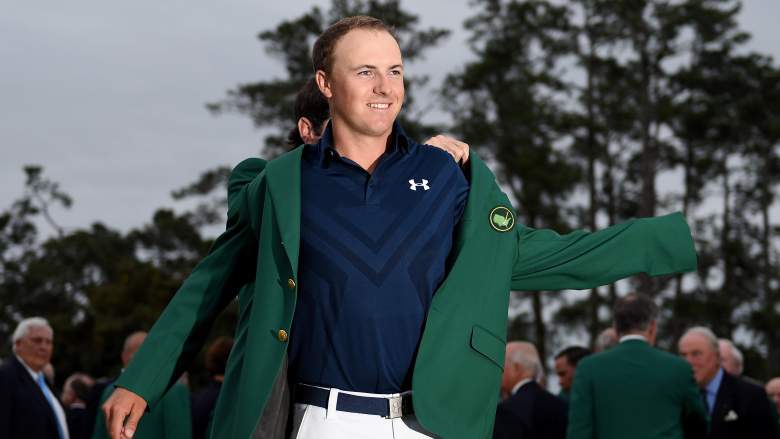 It may feel like the 2015 PGA season just came to a close, but the 2016 Masters Tournament is already less than three months away.

The 80th edition of golf’s first major of the year is set to begin Thursday, April 7, 2016. The final round at Augusta, of course, will conclude on Sunday, April 10.

As he’ll be doing a lot in 2016, Jordan Spieth is set to defend his title. He’ll attempt to become the first player since Tiger Woods in 2001 and 2002 to win back-to-back green jackets, but even if he does accomplish that feat, it still may be tough to top last year’s performance.

En route to his first career major, the then-21-year-old Spieth became the first wire-to-wire Masters champion since 1976, tying Woods for the lowest-ever 72-hole score (18-under) in the process.

Spieth will be surely be favored in 2016, but there won’t be a shortage of challengers. Jason Day was dominant over the second half of last season, vaulting to No. 2 in the world. Rory McIlroy has a top-10 Masters finish in consecutive years and is seeking that career Grand SLam. Bubba Watson has won two of the last four Masters tournaments. Youngsters Rickie Fowler and Patrick Reed are both playing well. Phil Mickelson is always a threat at Augusta.

And that’s just the tip of the iceberg. Golf is in a tremendous place right now, and the Masters should be scintillating.