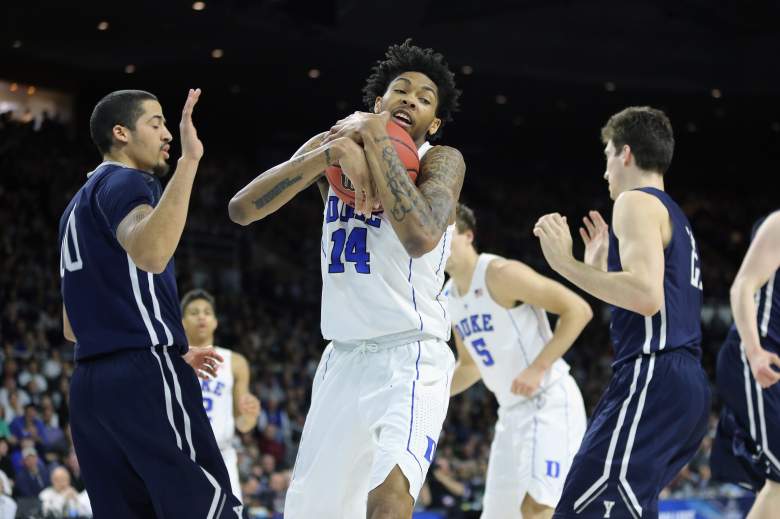 As the NBA Draft Lottery takes place, it signals the draft is right around the corner. The NBA Draft takes place June 23 at 7 p.m. Eastern at the Barclays Center in Brooklyn, New York.

ESPN will have the live draft broadcast. LSU’s Ben Simmons and Duke’s Brandon Ingram headline this year’s draft class. Both players have star power with their ability to create for their teammates with the ball in their hands.

There appears to be a bit of a drop off after the first two picks, but a number of talented players will be there for the taking for teams picking later in the lottery. Kentucky swingman Jamal Murray offers teams a sharpshooter that is an offensive threat. Providence’s Kris Dunn headlines the group of point guards. Dunn has great court vision and is one of the best distributors in the draft.

College basketball fans will remember Oklahoma’s Buddy Hield and Michigan State’s Denzel Valentine. Hield and Valentine were the top two players in college basketball this past season. Both players have a chance of being lottery selections in next month’s draft.

The Philadelphia 76ers have the best chance of landing the number one pick. The Los Angeles Lakers and Philadelphia 76ers are next in line at two and three. If the Lakers pick ends up outside the top three, the Sixers will get their pick.