We’re closer to witnessing some more hardcore wars going down in the WWE. The next WWE PPV event that’s happening in May 2016 is none other than Extreme Rules.

At Payback 2016, the main event went through match restarts, tag team interference and plenty of outside anarchy. At the end of it all though, Roman Reigns retained his title and left AJ a broken man. But AJ’s back in fighting mode once again and now he’ll challenge Reigns for his WWE World Heavyweight Championship in an Extreme Rules Match. Also on the card is a Fatal Four Way match for the Intercontinental Championship, a tag team championship match between The New Day and The Vaudevillains and a Submission Match for the WWE Women’s Championship.

Check in with us as we offer up our match predictions for the entire card of Extreme Rules 2016.

Predictions & Winners: It was so cringe inducing to watch Enzo Amore get injured at the hands of Simon Gotch at Payback 2016. While it wasn’t intentional, we have a feeling WWE is going to play it up during the closing moments of this match. Both these teams are capable of putting on some great clashes with other duos, so it’s a fair bet that these two going against each other will be a great matchup. We’re sure there’s going to be a moment near the end of the match where it looks like The Vaudevillains have the victory in hand. All of a sudden, Enzo and Big Cass’ music will hit and pop the crowd. This sudden appearance will distract their rivals and lead to The New Day sneaking away with the win. Enzo and Big Cass will then be transitioned into an intense feud with The Vaudevillains.

Who will leave Extreme Rules with the Women's Championship?Relive the all the action heading into the epic Submission Match between Natalya and Charlotte at Extreme Rules. More ACTION on WWE NETWORK : http://po.st/pkpbTE Subscribe to WWE on YouTube: http://bit.ly/1i64OdT Visit the ALL-NEW WWE.com: http://bit.ly/visitwwe2016-05-19T21:06:21.000Z

Predictions & Winner: Shane McMahon threw a wrench into Charlotte’s plans by banning her legendary father from ringside for this title contest. After being screwed at Payback, Natalya has been granted a rematch with a tougher stipulation added to it. Both women have a debilitating submission maneuver in their arsenal, so this match could really go either way. For some reason, our gut’s telling us that Charlotte has a Plan B in her back pocket. That Plan B might probably be another person she can call on to run outside interference. We don’t know who that could possibly be, but we know that mystery individual will show up and help Charlotte cheat in some fashion. Natalya will get screwed again, Charlotte will lock her into the Figure Eight and the ref will call for the bell due to Natalya being knocked unconscious.

The Miz (c) (with Maryse) vs. Kevin Owens vs. Cesaro vs. Sami Zayn (Fatal-4-Way Match for the WWE Intercontinental Championship)

Relive the action heading towards the Fatal 4-Way Match at Extreme RulesGet caught up on all the action ahead of SmackDown as we prepare for a Fatal 4-Way Match for the Intercontinental Championship at Extreme Rules. More ACTION on WWE NETWORK : http://po.st/pkpbTE Subscribe to WWE on YouTube: http://bit.ly/1i64OdT Visit the ALL-NEW WWE.com: http://bit.ly/visitwwe2016-05-19T21:06:22.000Z

Predictions & Winner: After the crazy events of the respective matches that featured each guy at Payback 2016, this match happened to blossom out of that aftermath. The Miz has held onto his IC Championship by the skin of his teeth, Owens flatted Zayn during their PPV encounter, Zayn got some revenge after the bell rang and Cesaro lost due to the outside brawl between the last two aforementioned men. All four of these men have become intertwined and now they’re going to go at it all at the same time in a Fatal Four Way match. This is definitely going to be one of the bouts that gets top honors for the evening. We predict a shocking win that will come courtesy of Sami Zayn. Somehow, someway, he’ll pull it off. This will further anger Owens, which will lead into their war continuing. Only this time, their blood feud will include the IC Championship.

Predictions & Winner: Man…Kalisto’s pretty damn great in the ring, but his mic skills are severely lacking. We cringe every time that little Luchador speaks up at the commentary table. His US Championship run has been pretty lackluster (we did enjoy his last bout with Ryback, though). We think it’s time Kalisto’s title run comes to an end, which is something we think the WWE has in mind too. This will be a pretty decent match, but Rusev’s gonna run through Kalisto and reclaim the title that he wore so proudly before he relinquished it to Cena. Rusev’s rebuilding stage will begin once again now that he’ll be walking around with the US Championship.

Head on to the next page to see more of our match predictions and vote in our poll for Extreme Rules 2016’s main event winner. 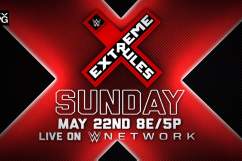