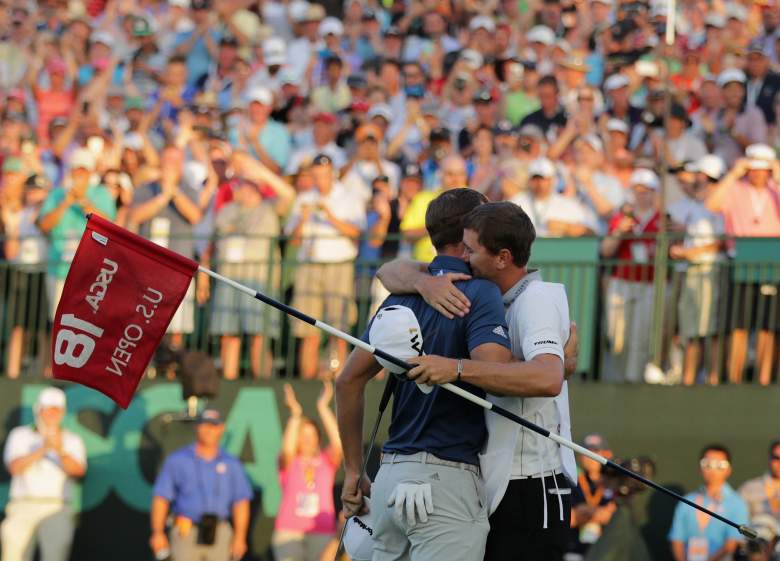 Dustin Johnson celebrates with caddie Austin Johnson after winning the final round of the U.S. Open at Oakmont Country Club. (Getty)

Dustin Johnson entered the 2016 U.S. Open searching for his first major win, something that had eluded him many times before.

Johnson had 11 top-10s in the majors and five top-5s. He had been close to victory before, but blown leads and botched finishes always stood in the way of him capturing a major title. Until Oakmont.

Johnson redeemed himself after a crushing collapse at last year’s U.S. Open. On the 72nd green at Chambers Bay, two impressive shots left him a 15-footer for eagle to win the U.S. Open. Johnson not only missed that one, but also the three-footer that would have forced a playoff with Jordan Spieth.

That finish seemed like a distant memory as Johnson completed his final round with determination and poise to with the 116th U.S. Open.

Here’s how social media responded to Johnson’s win on Sunday:

Congrats @DJohnsonPGA .. You earned it buddy

Massive congrats @DJohnsonPGA! The wait is over! Feel for @ShaneLowryGolf but he'll come back stronger from this experience.

Just a matter of time before he won one! Congrats @DJohnsonPGA!!! You deserved it! https://t.co/wiy1O3wD6p

That was an incredible display of golf @DJohnsonPGA. Absolute stripe show and short game exhibition considering all distractions. Well done!

Wow. What a shot on 18 by @DJohnsonPGA #USOpen 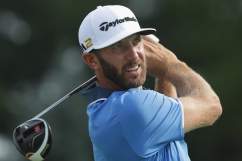