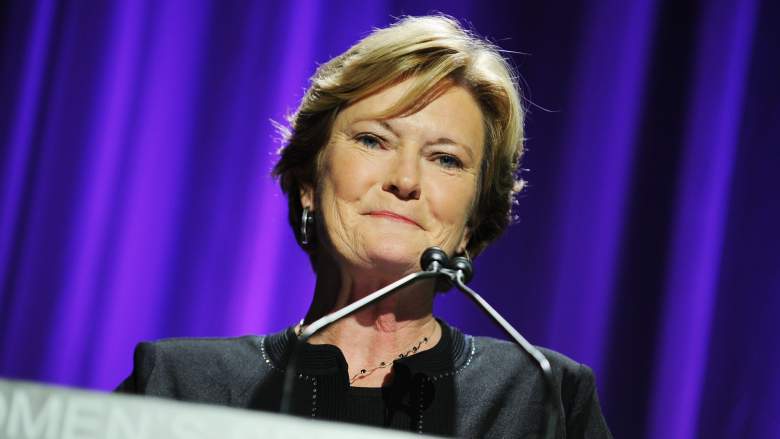 Summitt, who coached the Tennessee women’s program from 1974-2012, was elected into the Basketball Hall of Fame in 2000.

There was an outpouring of support and well-wishes on Twitter once news of her death spread.

Read some of the tweets from former players, colleagues and her friends from around the sports world below:

"Lots of people get to coach the game, but few get to define the game. She defined the game." Geno Auriemma on Pat Summitt. #RIPPat

A sad day in my life and the entire WBB community-Pat Summit thank you for sharing your passion and love for the game with all of us. ????

RIP Pat Summitt, one of the great coaches of any game in American history.

RIP to Lady Vols coach Pat Summitt, one of the truly great coaches and people in the history of American sport. https://t.co/BAVzUTRK19

Over and above all of her national titles, Pat Summitt's greatest attribute was how she treated people. She made everybody feel like a champ

My heart is broken. Pat & I shared a very special, special BOND that will NEVER be broken! I love u Pat!

"I always felt like she was one of my coaches." – Peyton Manning https://t.co/vFJfbYFfem

My thoughts and prayers are with the Summit family & the many players that got the chance to play for such an amazing woman. #RIPPatSummitt

A role model for how to impact the lives of others through coaching. #RIPPatSummitt https://t.co/4h9p0N6FeD

When I went on my official visit to University of Tennessee I was hoping and praying I ran into Pat Summit lol ❤️❤️? #RIPPatSummitt

So sad to hear about Pat Summit's passing. What a true sports legend and role model for women in sports. #RIPPatSummitt

Pat Summitt was one of those women who made every young girl believe she could be the best, no matter what path she chose. #RIPPatSummitt

Thoughts & prayers to the family of @patsummitt. A true pioneer of women's basketball and an outstanding role model for all. #RIPPatSummitt

You will be missed immensely. Prayers up ?? #RIPPatSummitt

Today we lost a sports legend. Our thoughts and prayers are with the Summitt family and all who were touched by her greatness. #RIPPat

The @SEC mourns the loss of Pat Summitt. A true champion in every sense of the word.

My heart and prayers go out to the Tennessee Vols family today.

Statement from Butch Jones on the passing of Pat Summitt. #RIPPat pic.twitter.com/xoQiAFoT6a

Statement from Phillip Fulmer on the passing of Pat Summitt. #RIPPat pic.twitter.com/Io2vAxE8kG