Henrik Stenson used a dominating final round at Royal Troon on Sunday to win the 145th Open Championship. Stenson, who entered Day 4 a stroke ahead of Phil Mickelson, shot an 8-under 63 to finish at 20-under and claim his first major championship. The 40-year-old is also the first Swede to win the Claret Jug. Click here to see the final leaderboard. Stenson, ranked 6th in the world, finished 2nd at the British in 2013 and tied for third twice (2008 and 2010) before finally breaking through. Click through the gallery below to see the best photos of Stenson's win and trophy presentation. (Getty) 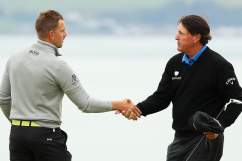 Who Won the British Open Championship 2016? 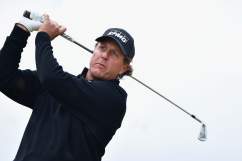 Phil Mickelson’s Net Worth: 5 Fast Facts You Need to Know