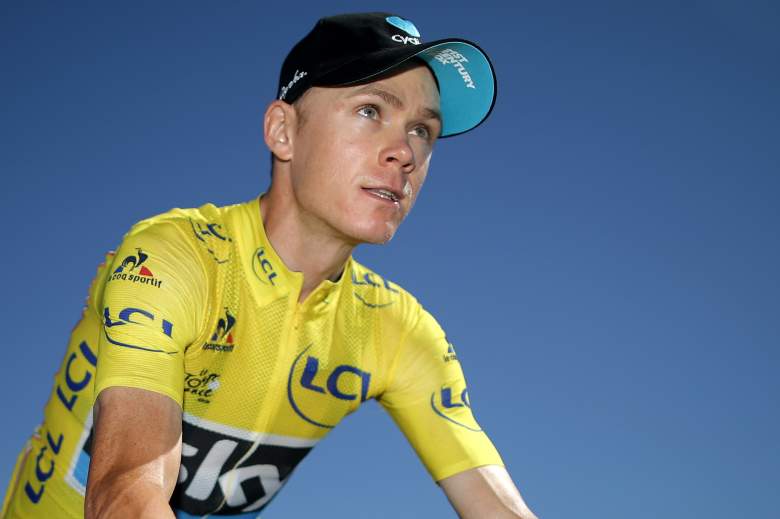 Christopher Froome of Great Britain riding for Team Sky in the yellow leader’s jersey waits for introductions during stage 17 of the Tour de France. (Getty)

Looking for a live stream of the Tour De France? NBC Sports, who is broadcasting the Tour, is offering live steaming on NBC Sports Gold for purchase regardless of whether you have a cable TV package.

You can watch stage 18 online via NBC Sports Gold. NBC Sports Gold is a standalone streaming service that is purchased online and does not require a cable package. The site’s frequently asked questions page has a rundown of technical requirements and other information.

The 18th stage of the Tour de France gets underway on Thursday. Stage 18 is a 17 km uphill time trial from Sallanches to Megeve in the Alps.

Britain’s Chris Froome is on pace for a third Tour de France victory. The 31-year-old extended his lead to two minutes and 27 seconds on stage 17.

The Tour takes place from Jul 2 to 24. This year’s “Grand Boucle” began in picturesque Normandy before moving south to the Pyrenees, over to the Alps, and back up for its historic finish on the Champs-Élysées in Paris. There are 21 stages in all.

Read More
NBC Sports Network, Sports
Looking for a live stream of the Tour De France? Here's the details on how to watch stage 18 online.