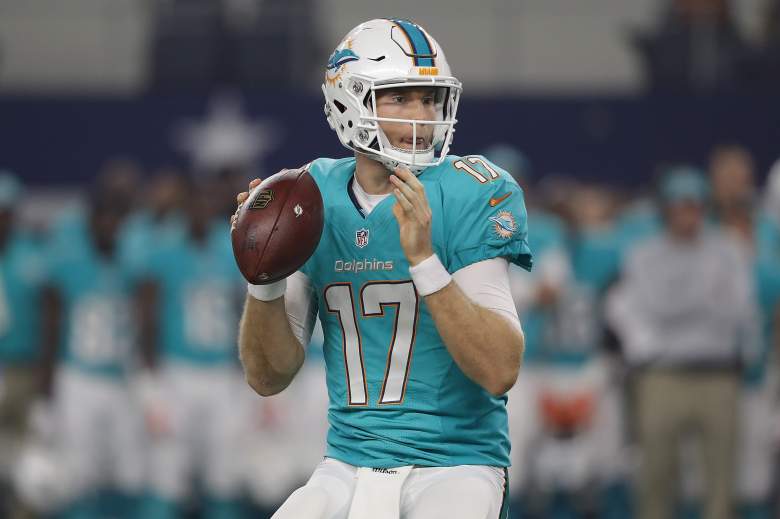 The Miami Dolphins hosted the Atlanta Falcons on Thursday in Orlando at Camping World Stadium in their preseason “dress rehearsal” on national television. The Dolphins handed the Falcons their first loss of the 2016 preseason, as they advance to 2-1.

Miami quarterback Ryan Tannehill and the first-team offense played the entire first half. Tannehill completed 22 of 29 passes for 155 yards with no touchdowns and one interception.

Arian Foster put the Dolphins on the board with a 2-yard touchdown in the second quarter. Foster, who is recovering from an achilles injury, has made his presence known in the preseason. Damien Williams scored on a 2-yard touchdown run in the third quarter, six plays after safety Michael Thomas forced an Atlanta fumble. Marshall Koehn kicked a 45-yard field goal to increase the Dolphins lead to 17-6.

Falcons quarterback Matt Ryan completed 12 of 22 passes for 129 yards and one interception. Atlanta turned the ball over three times to finish minus-one in that category for the third consecutive game.

Julio Jones left the game with an ankle injury. Falcons head coach Dan Quinn told NBC that Jones could have returned to the game if it were the regular season.

Ryan also expressed that Jones’ injury was not serious in an interview with NBC’s Michele Tafoya.

“I think he’ll be OK,” Ryan said of Jones. “You never like seeing someone go down especially in the preseason, but I think he’s doing OK.”

Here’s a look at the highlights:

Arian Foster Ran it in For a 2-Yard Touchdown

Miami running back Arian Foster rushed for a 2-yard touchdown to put the Dolphins on the board first.

Atlanta’s Shayne Graham kicked a field goal in the second quarter on the heels of a drive that began with a 36-yard pass from Matt Ryan to Aldrick Robinson.

Damien Williams ran it up the middle for a 2-yard touchdown to give the Dolphins a 14-3 lead with 11:17 left in the third quarter.

The Falcons are 2-0 in the preseason after knocking off Cleveland 24-13 last week. Head coach Dan Quinn said the red zone has been an emphasis for the team this week in practice, which is an area they struggled in during the 2015 regular season. Atlanta showed the production of their ground game against the Cleveland Browns, as Devonta Freeman rushed for 42 yards and a touchdown on just four carries.

“The real story was the line of scrimmage,” Falcons coach Dan Quinn said. “For us to have the ability to run the ball like we did, that’s a real plus.”

The Dolphins are 1-1 after falling 41-14 to Dallas last week. Despite the loss, Miami moved the ball efficiently under quarterback Ryan Tannehill. Tannehill completed 12 of 20 passes for 162 yards and a pair of touchdowns. The Dolphins will be missing starting center Mike Pouncey, who will be out for the remainder of the preseason with a hip injury.