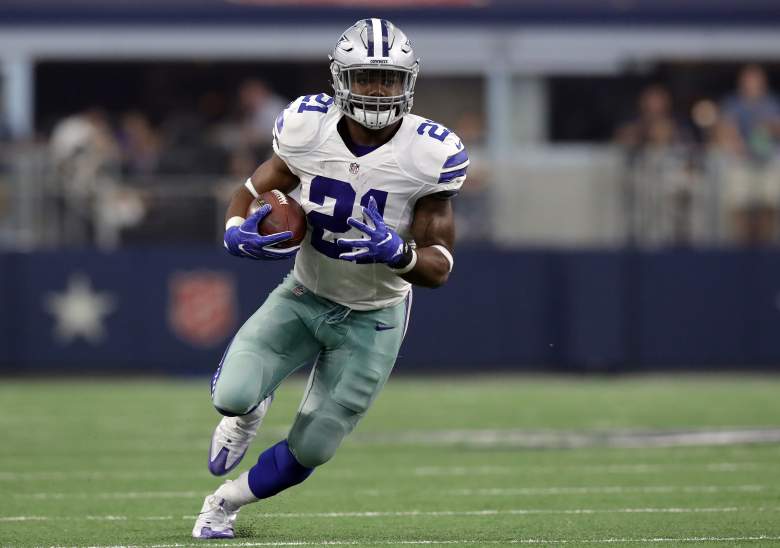 Ezekiel Elliott will look to get the Cowboys a victory against the Redskins. (Getty)

The Dallas Cowboys head on the road to take on the Washington Redskins. The game kicks off at 1 p.m. Eastern, and FOX will be broadcasting the game regionally.

TV Channel: FOX will broadcast the game regionally. Click here to see what game is broadcast in your area.

Line: Redskins by 3 (Odds courtesy of OddsShark and subject to change.)

Game Preview: Both the Cowboys and Redskins look to get in the win column today. The Cowboys lost to the Giants last week after poor clock management at the end of the game contributed to the loss. The Redskins were dominated by the Steelers on Monday Night Football.

Dak Prescott will make his second straight NFL start. Prescott had a solid debut, but was unable to consistently lead the Cowboys down the field for scoring drives. One matchup to watch is how much new Washington cornerback Josh Norman will match up with Dez Bryant.

Kirk Cousins had a shaky start to the season against the Steelers and will look to take advantage of a suspect Cowboys defense.