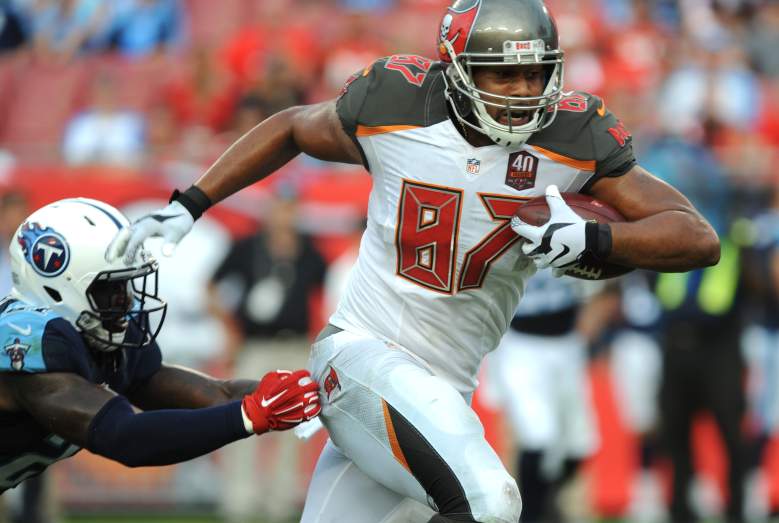 Austin Seferian-Jenkins’ time in Tampa Bay has come to a close.

Seferian-Jenkins also sent a tweet that indicates his time as a Buccaneer is over:

Thank you TB! Next chapter

Bucs head coach Dirk Koetter became aware of the incident when he was already at the team’s facility.

The 23-year-old was stopped by the Florida Highway Patrol at 3:42 a.m. Friday and was booked at the Orient Road Jail at 6:24 a.m.. He was charged with misdemeanor charges of driving under the influence and violating an Ignition Interlock Device restriction from a previous arrest for DUI in Washington in 2013.

According to the Florida Highway Patrol, he was weaving back and forth and made an improper lane change. He refused a breathalyzer test at the Hillsborough County Jail.

It didn’t mark the first time the third-year tight end had caused trouble for the Bucs. He was kicked out of practice in August by Koetter for not knowing where to line up.

Following the incident, he told reporters: “I really thank God every single day he kicked me out of practice. It was really a wake-up call.”

Seferian-Jenkins had 3 receptions for 44 yards in the first two games of the 2016 season.

Luke Stocker has been out of practice due to an ankle injury, which leaves Cameron Brate and Brandon Myers as the only available tight ends on the 53-man roster.