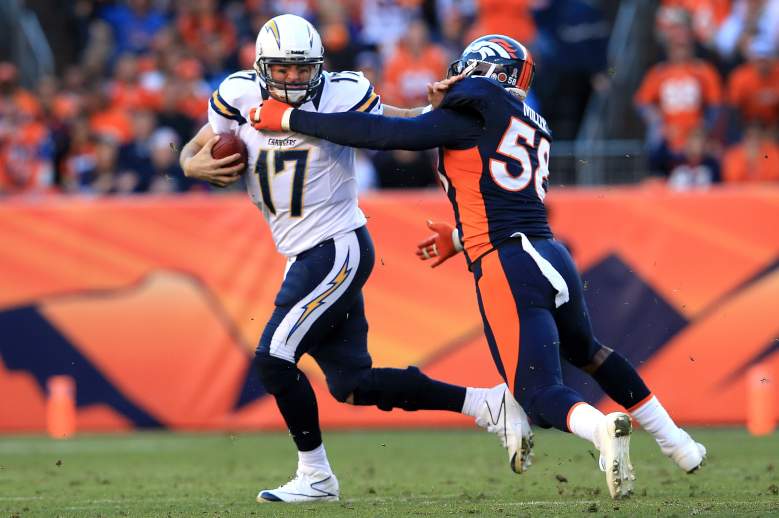 Philip Rivers and the Chargers take on the Broncos tonight on Thursday Night Football. (Getty)

Tonight’s Thursday Night Football matchup features an AFC showdown between the Denver Broncos and San Diego Chargers. According to OddsShark, the Broncos are favored by 3.5 points.

The over-under is set at 45.5 points. The OddsShark computer is projecting a 25.9-21.4 Chargers upset of the Broncos. The computer is taking the points and the over on the point total.

Both teams have performed well recently against the spread. The Broncos are 6-1 in their last seven games while the Chargers are 7-2 in their last nine games.

San Diego is 1-4 this season but has been unfortunate in their losses. All four losses have been by 7 points or less. The Chargers have been unable to pull out close games.

While the Chargers offensive line is improved from last year, they are still vulnerable against the Broncos defense. Denver also benefits from getting Trevor Siemian back at quarterback. Their only loss this season came last week against the Falcons with Siemian out.

While the Chargers are at home, there is too much to like about the Broncos in this matchup. Look for the Denver defense to have their way against the Chargers, and the Broncos offense to get back on track with Siemian back behind center.

Read More
Football, NFL, Sports Betting
The Denver Broncos take on the San Diego Chargers. We look at the latest Thursday Night Football odds, computer picks and offer a pick against the spread.