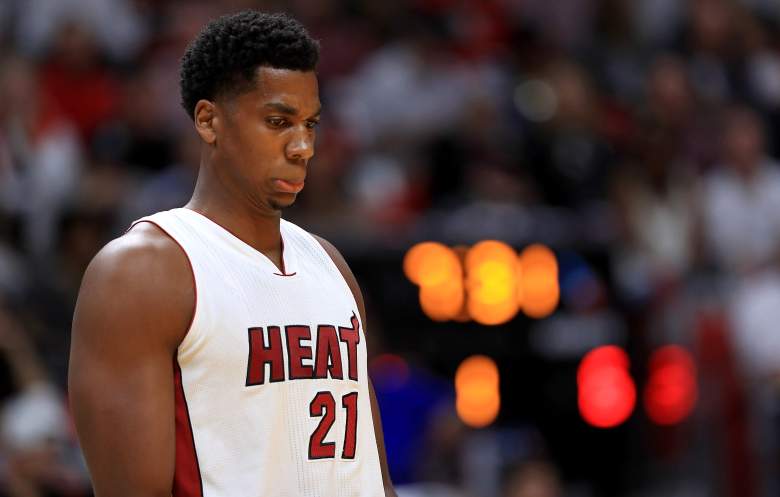 There are eight games on the NBA schedule for Monday, with one being the Miami Heat visiting the San Antonio Spurs in a game they desperately need to get. With a record of 2-6 on the season, Erik Spoelstra’s Heat have lost four straight games and with a home games against Southeast Division rival Atlanta set for Tuesday Miami needs to get at least a split. Hassan Whiteside’s led the way offensively with an average of 17.9 points per game, but the key options on the perimeter have struggled with consistency thus far.

As for San Antonio, they’ve won their last two games after going through a stretch of three losses in four games. The Spurs used a balanced effort to beat Houston 106-100 Saturday night, with Kawhi Leonard leading five players in double figures with 20 points. Leonard and LaMarcus Aldridge have been the key figures offensively for Gregg Popovich’s team, but they have multiple options capable of stepping forward on any given night.

Below are the times and television listings for Monday’s games, and all times are Eastern.