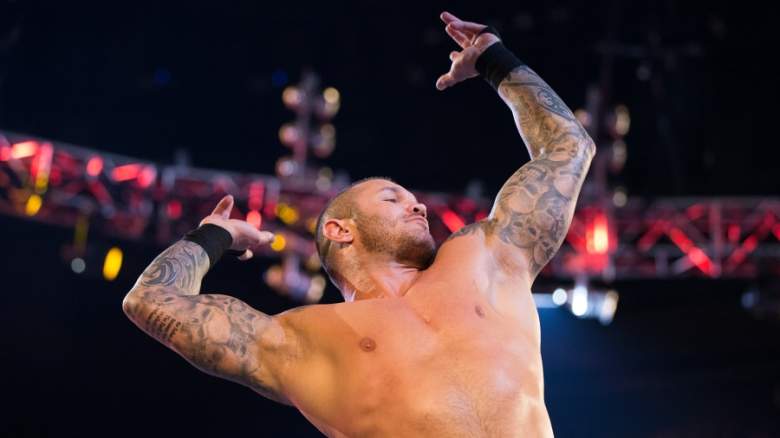 Randy Orton and his wife are about to welcome a child into their family.

Orton is married to Kim Marie Kessler, with November 2016 being their one year wedding anniversary. This is Orton’s second marriage, having previously been wed to Samantha Speno from 2007 to 2013. Orton says that Kessler makes every aspect of his life more enjoyable and that she brings out the warm, cuddly side of him.

Here’s everything you need to know about Kim Kessler, Randy Orton’s wife.

1. She Was a Fan of Orton Before They Began Dating 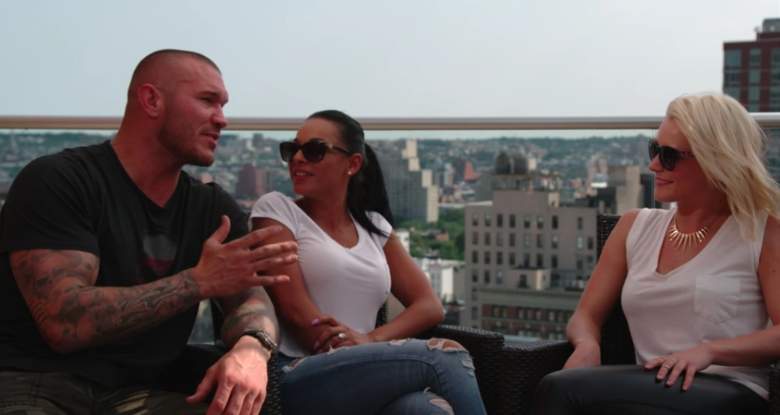 Randy Orton and his wife, Kim Kessler, are interviewed on an episode of ‘Unfiltered With Renee Young.’ (WWE Network)

If you’ve ever had the crazy dream of meeting your favorite celebrity and falling in love with them, that idea isn’t so crazy for Kim Kessler. She was a WWE viewer and a big fan of Randy Orton before she met him and long before he would become her husband.

Orton confirmed this and said that at first he figured Kessler was embellishing how much of a fan she was, but then he met Kessler’s family and they told him the same stories. Orton and Kessler first crossed paths while Orton was at a WWE event in New York, where Kessler lives. Orton was the one to approach her, feeling nervous to ask her name despite the fact that she was the fan.

2. She Has Three Children From a Previous Relationship

The loves of my life ❤️??? pic.twitter.com/4UZstzB4Xk

Kim Kessler and Randy Orton both have children from previous relationships, with Kessler having three boys and Orton having one girl. Orton also has a tattoo of his daughter’s name, Alanna Marie Orton, on his arm, as well as her birthday in Roman numerals.

As is clear from videos the couple has shared on social media, Randy Orton gets along quite well with Kessler’s three sons, especially Anthony, who Randy loves to call “Anthony the Lady Killer.” And Orton says that his daughter, Alanna, has a great relationship with her step siblings.

“The way they get along, it’s just the cutest thing,” Orton said on Unfiltered. “It warms my heart, and it’s because of [Kessler], and it’s awesome. She’s made my life so much more enjoyable.”

Nothing like a good fight in my hometown with my family there to cheer me on…#RKOouttaNoWhere #familyman pic.twitter.com/nY4cSXnaIH

? I will always have hearts in my eyes for you my love ❤️ #LoveOfMyLife pic.twitter.com/0eHJkqYjUN

Randy Orton proposed to Kim Kessler in July 2015, popping the question at a candlelit dinner while they were on a vacation in Bora Bora. Orton explained on Unfiltered that he hid the ring under a napkin and planned to propose while he and Kessler were dancing, but when he took the ring out and went to go dance with Kessler, he didn’t know where to put it; he ended up sliding the ring down his pants, worried he might otherwise drop it.

Orton also said that when he asked Kessler to marry him, she immediately started laughing.

“I don’t think she thought I was really going to propose to her,” Orton said. “So all of these emotions hit her at once.”

He asked and I said YES ??❤️ @RandyOrton pic.twitter.com/zNTrlp9OQ1

Thanks for making Vegas a blast ❤️ @RandyOrton pic.twitter.com/sFv0RCZC3Q

Trying to get this awesome dog we met during a hike while on vacation sent to the states. What a process. He needs our help….. Wish us luck!

The four children aren’t the only members of Orton and Kessler’s family. They also have a dog, Spike, who they adopted last year.

In fact, they found the dog while on a hike in Bora Bora. Orton named him Spike immediately upon coming across him on the trail, saying that this name just seemed right.

Spike just wouldn’t leave their side, and they decided to bring him home, though the process of getting him back to the United States was quite complicated. But it just so happened that they were already thinking of bringing a dog into the family, so it really worked out for everyone.

5. She Is About to Give Birth To Her Fourth Child

Kim Kessler is currently pregnant, with her due date coming up this week. This will be her fourth time giving birth. Over the course of the past several months, Kessler has been documenting her pregnancy on social media.

#Battleground while honey gets a quick workout in I seem to get a quick selfie in ☺️ pic.twitter.com/G2RsFTkeFt

35 days away ??. Seems impossible but I know I will love you even more the day she is born. Can't wait to see her in your arms daddy ❤️? https://t.co/7Qv07w1cZz

28 days until the princess arrives ??❤️ @RandyOrton we love you daddy ? pic.twitter.com/6fFhxezhxP

Orton is clearly excited as well, saying that he is blessed to be welcoming another child into his life.

Almost time for another Orton to enter the world. Just less than 5 weeks. @KimKlro you're my life and I can't wait to watch our baby grow!

About 30 hours from now I'll have a brand new baby girl. I'm blessed.

When Randy Orton and Kim Kessler initially revealed that they were expecting a second baby, the WWE congratulated them on its website, saying, “WWE wishes them the best as they enter this exciting new chapter in their lives.”

Some bday pics of me and my love ❤️. I'm good as long as you know how much I love you @RandyOrton pic.twitter.com/fZiLShiMXv