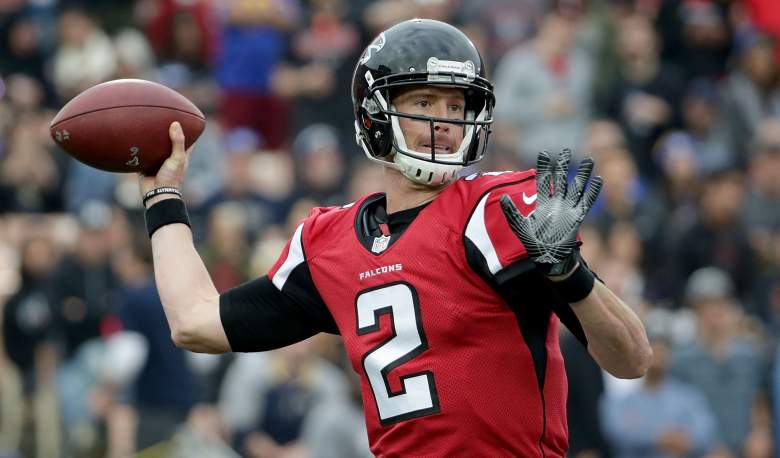 The Atlanta Falcons will look to stay atop the NFC South standings when they host the struggling San Francisco 49ers on Sunday.

Gametime is scheduled for 4:05 p.m. Eastern from the Georgia Dome and it will be aired on FOX.

Betting Percentages: 70 percent for the Vikings (-13)

Betting Percentages: 70 percent for the OVER

On one side, you have the high-octane Falcons, who at 8-5 are tied atop the NFC South standings with Tampa Bay but hold the tie-breaker. On the other, you have the 49ers, who are 1-12 and coming off a demoralizing 23-17 OT loss to the Jets after leading 17-3 at the half.

San Francisco’s defense is historically bad. The Niners allow a league-worst 170 rushing yards per game and that should have Falcons running backs Devonta Freeman and Tevin Coleman licking their chops. They’ll be a major part of the offensive gameplan with wide receiver Julio Jones missing his second-straight game (toe). Atlanta will get WR Mohamed Sanu back from injury and Taylor Gabriel continues to make plays on a weekly basis.

The Falcons defense is much better, allowing 26.5 points per game and a league-high 275 passing yards per contest. Luckily for them, San Fran averages less than 20 PPG offensively and haven’t hit that mark in a month.

If the 49ers have any thought of pulling the upset, they’ll need a huge game from running back Carlos Hyde and for quarterback Colin Kaepernick to take advantage of ATL’s porous pass D. Don’t see that happening.

Before our pick, let’s take a look at some betting trends. The OVER has won in 7 of Atlanta’s past 8 games and the UNDER has come in 4 of 5 games for San Francisco. The Falcons are 8-4 against the spread in the past 12 games overall, but just 3-9 ATS in their last 12 home games. The 49ers are 1-10-1 against the spread over the past 12 contests.

Despite not having Julio Jones last week, the Falcons rolled past the Rams in Los Angeles. I like the chances of that also happening in Week 15 against the Niners in Georgia. San Francisco can put a dent in Atlanta’s NFC South title aspirations with a win, but the Falcons know a victory keeps them in the driver’s seat.

The Pick: Falcons 37-17 (Falcons win straight up, Falcons cover the spread, the OVER wins) 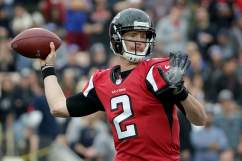 Read More
Atlanta Falcons, Football, NFL, San Francisco 49ers
The Falcons welcome the 49ers to the Georgia Dome on Sunday in Week 15. Find out here the game's odds, including the point spread, and our pick.