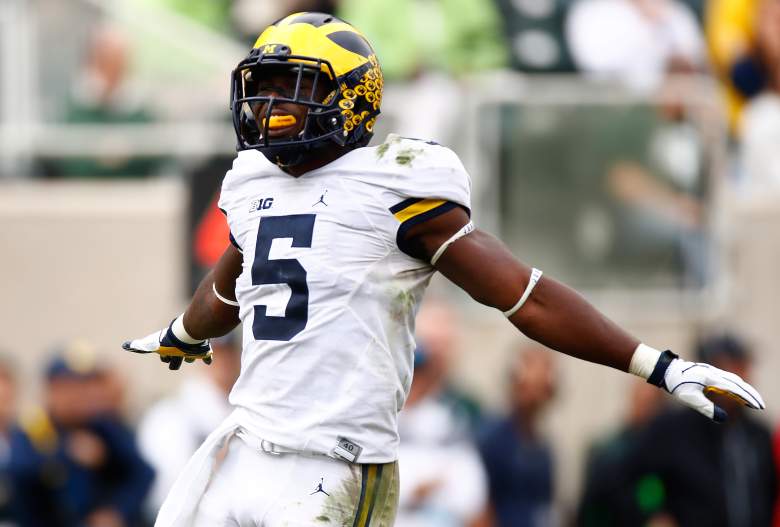 Saturday night the Heisman Trophy will be awarded, with Louisville quarterback Lamar Jackson being viewed as the prohibitive favorite. Four of the five finalists in New York are offensive players, with Jackson, Clemson’s Deshaun Watson and Oklahoma’s Baker Mayfield all being quarterbacks and Oklahoma’s Dede Westbrook being a wide receiver. The lone exception is Michigan linebacker Jabrill Peppers, who is college football’s most versatile player.

And should Peppers pull off what would be a major upset and win the Heisman, he would be the first player to play the majority of his snaps on the defensive side of the football to win the Trophy since Michigan cornerback Charles Woodson did so in 1997.

Peppers’ candidacy is based upon his versatility and how that impacts the opposition’s game plan on a weekly basis. According to Michigan’s sports information department, Peppers played 15 different positions at various points this season. In addition to linebacker, Peppers took snaps at free safety, strong safety, cornerback, nickel cornerback, quarterback, running back, fullback, wide receiver, slot receiver, punt returner, kickoff returner, kickoff coverage, gunner and hold up (the “safety” on kick return coverage).

From a numbers standpoint Peppers finished the regular season with 66 total tackles (46 solo, 20 assists), one interception and one pass defensed defensively. Offensively, Peppers accounted for 167 rushing yards and three touchdowns on 27 attempts and two receptions for three yards. And in the return games, Peppers finished the season with 310 punt return yards and one touchdown on 21 returns (14.8 yards/punt return) and 260 kickoff return yards on ten attempts (26.0 yards/kick return).

By comparison Woodson returned punts and played wide receiver in addition to being Michigan’s top corner during his Heisman-winning junior season. Defensively Woodson picked off seven passes, and offensively he accounted for 231 yards and two touchdowns on 11 receptions and 15 yards on three rushing attempts. In the return game, Woodson returned 33 punts for 286 yards and one touchdown (8.6 yards per punt return).

Outside of Woodson no defensive player has finished higher than second in Heisman voting, with Pittsburgh’s Hugh Green finishing runner-up to South Carolina running back George Rogers in 1980 and Notre Dame’s Manti Te’o doing so in 2012. Nebraska defensive tackle Ndamukong Suh finished fourth in the 2009 Heisman voting, as did Washington defensive tackle Steve Emtman in the 1991 voting. And Illinois linebacker Dick Butkus, who also played center, finished sixth in the Heisman voting in 1963 and third in 1964. 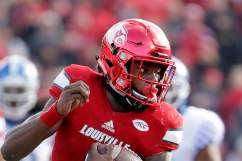 What Time & TV Channel Is the Heisman Trophy Ceremony on Today?