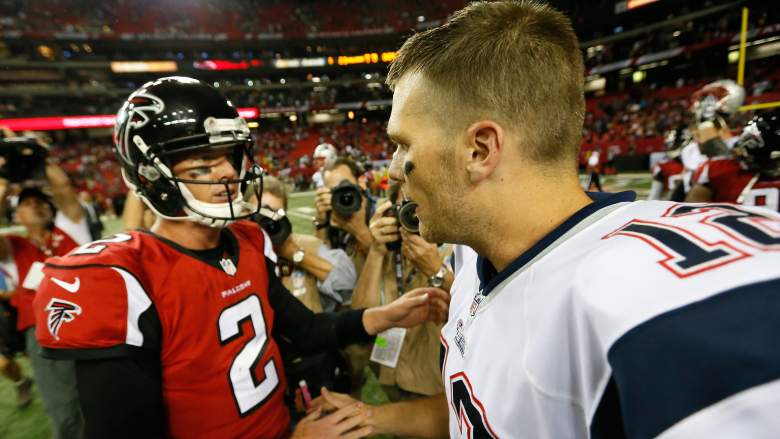 In two weeks, either the New England Patriots or Atlanta Falcons will be crowned as the champions of the NFL.

You’d be hard-pressed to come up with a more compelling matchup for Super Bowl LI.

On one side, you’ve got the dynasty. Not only will the Patriots be making their NFL-record ninth Super Bowl appearance, it’ll be their seventh in the Bill Belichick and Tom Brady Era. After Sunday’s AFC Championship victory over the Steelers, they are now 13-1 with Brady under center this season, with 11 of those victories coming by double-digits.

On the other side, you’ve got the newcomers. The Falcons, under second-year head coach Dan Quinn, are making their second Super Bowl appearance in franchise history and first since 1999. But this year’s resume isn’t all that different from New England’s, with the quarterback playing at an MVP level and the defense making big plays at timely moments. Matt Ryan has been tremendous all season, but during Atlanta’s current six-game winning streak, he’s averaging an absurd 310.17 yards per game with 18 touchdowns and zero interceptions.

Ultimately, though, if there’s anyone who can slow down Ryan and the top offense in the league, it’s Belichick and Matt Patricia with two weeks to prepare. And when you throw in arguably the greatest quarterback of all-time, plus a distinct advantage in the experience department, the Patriots capture Super Bowl victory No. 5.

Early Prediction: Patriots 30, Falcons 24 (Patriots against the spread; UNDER)