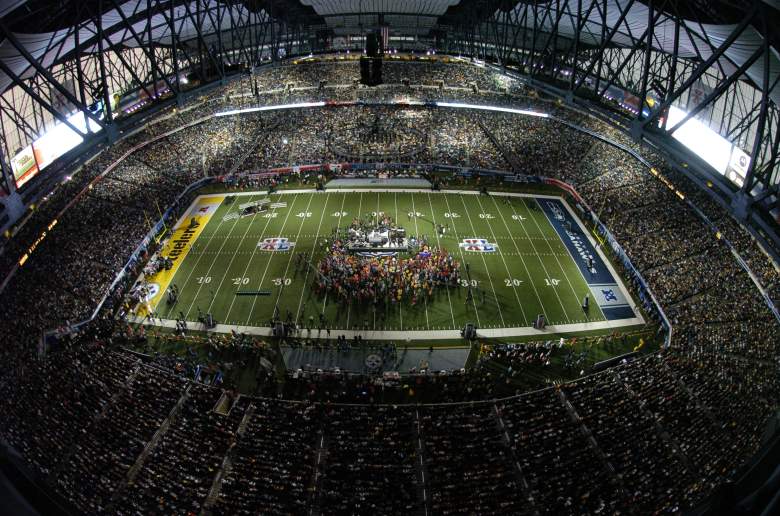 Ford Field during the pre-game festivities at Super Bowl XL in an overhead view February 6, 2006 in Detroit. (Getty)

The New England Patriots have won four Super Bowls so far. If they win today, they’ll walk away with five. How many other football teams have won five Super Bowls? There are only three other teams who hold that title.

Only three other teams hold the title of winning five Super Bowls, according to NFL.com. They are:

Two other teams are tied with the Patriots for having four Super Bowl wins. These are the Green Bay Packers and the New York Giants.