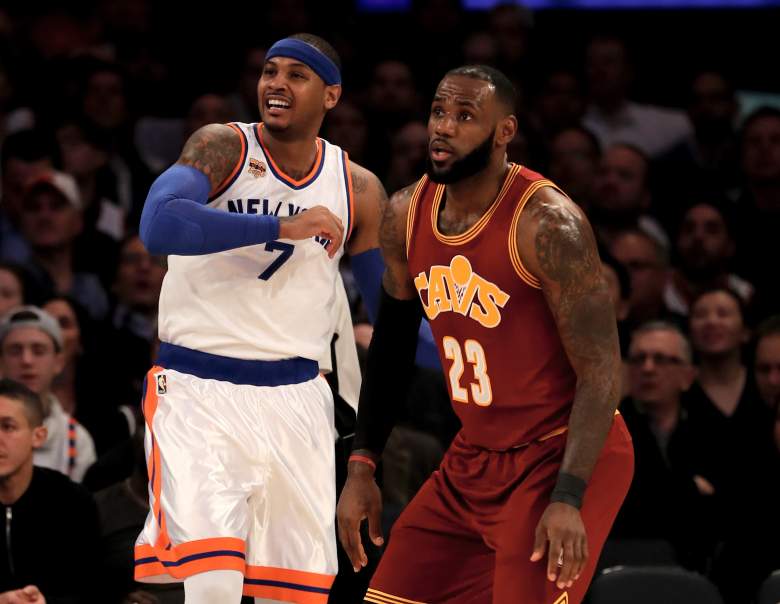 Carmelo Anthony of the New York Knicks and LeBron James of the Cleveland Cavaliers fight for position a game. (Getty)

The New York Knicks will look to start the last two months of the NBA season strong when they take on the Cleveland Cavaliers on February 23 in Cleveland. Before the All-Star break, the Knicks had lost five out of their last six games.

On the contrary, the defending NBA Champion Cavs have been red hot this season. They went into the All-Star break in New Orleans winners of seven of their past eight games.

Here’s a preview of what to expect during the game:

Note: All numbers and odds are courtesy of OddsShark.com

Cleveland has won nine straight games against the Knicks and are a heavy favorite to make it 10 straight Thursday night. It’s the last time the two teams will meet this season, with the Cavs winning the first three games by an average of 22.7 points.

As they’ve been since his triumphant return to Cleveland, the Cavs have been led to the No. 1 overall spot in the East by LeBron James. He’s averaging 25.9 points, 7.7 rebounds and 8.8 assists per game this season — another MVP caliber season.

The Knicks have continued to struggle as the season progresses and sit four games back of the No. 8 playoff spot in the East. Carmelo Anthony and Kristaps Porzingis have been bright spots for New York this year, but it hasn’t amounted to much, as the team stands at 23-24 overall.

Carmelo is averaging 23.4 points to go along with 6 rebounds and 2.9 assists per game. Porzingis is scoring 18.3 per game and leads the team in blocks per game with 2.

Expect Cleveland to take control of the game from the get-go and not let up down the stretch for another double-digit victory and the season sweep against New York. 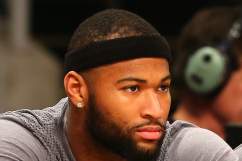