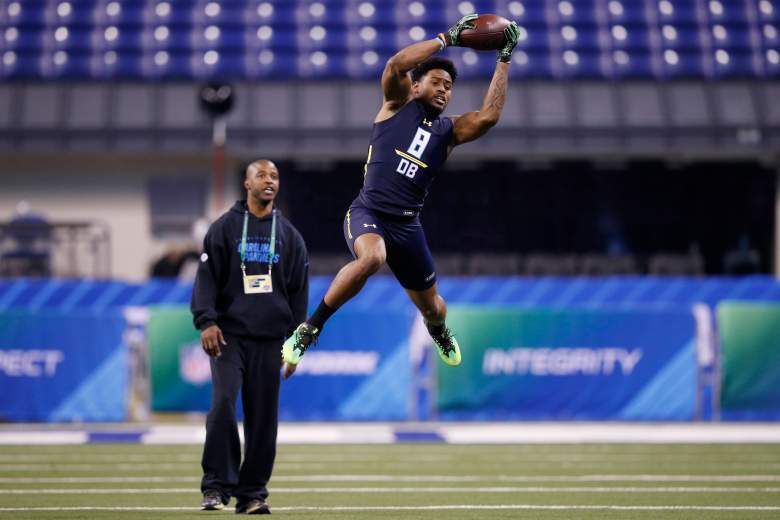 Conley, 22, hasn’t been charged in the case, but a 23-year-old woman filed a police report with the Cleveland Police Department claiming that she was sexually assaulted by the former Ohio State University football player April 9.

Conley’s attorney, Kevin Spellacy, denied the allegations to Cleveland.com saying that “there was no sexual assault.” Spellacy added that his client has cooperated fully with police since the report was made.

Before the accusation surfaced, Conley was projected to be selected in the first round of the 2017 NFL Draft on Thursday. He released a statement to the media Wednesday, saying that he “prides himself on doing things the right way on and off the field.” He added that the allegations are “untrue” and are “an attempt to ruin this once in a lifetime experience for me and my family.”

Watch the video below to see the surveillance footage from the bar obtained by Fox 8 Cleveland’s Investigative Team:

TMZ Sports followed-up on Fox 8’s video and obtained another one from outside of the Cleveland bar, Barley House. The footage shows Conley and his friends leaving the bar at around 2:20 a.m. with the accuser and her friends following closely behind. At one point in the video, it appears that the accuser reaches out and touches Conley’s back.

The video appears to contradict what the accuser told police, that she met Conley in the Westin Hotel elevator after walking back from the bar.

According to the police report, the woman said her group of friends and her met Conley in the Westin elevator at 2:45 a.m. Instead of going back with her friends, she went with Conley to his room.

When the two arrived, there was a male and female already in , the room, the report said. Conley allegedly asked the female if she wanted to participate in a “foursome,” to which she declined, instead saying that she “wanted to watch the couple in the bathroom.” The report said that she only told Conley that to try and avoid having sex with him all together.

However, Conley allegedly unbuttoned her pants, spun her around and began performing a sexual act on her. During the alleged sexual assault, she claims to have said “no stop, it hurts” before Conley was done and kicked her out of the room.

To read the police report with parts of it being redacted, check below:

New draft projections by Bleacher Report after the allegation say that Conley could fall to the third round or beyond. He had planned to be in attendance at the draft in Philadelphia, but has since canceled his trip. 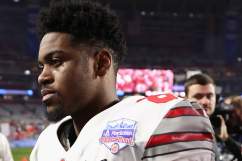