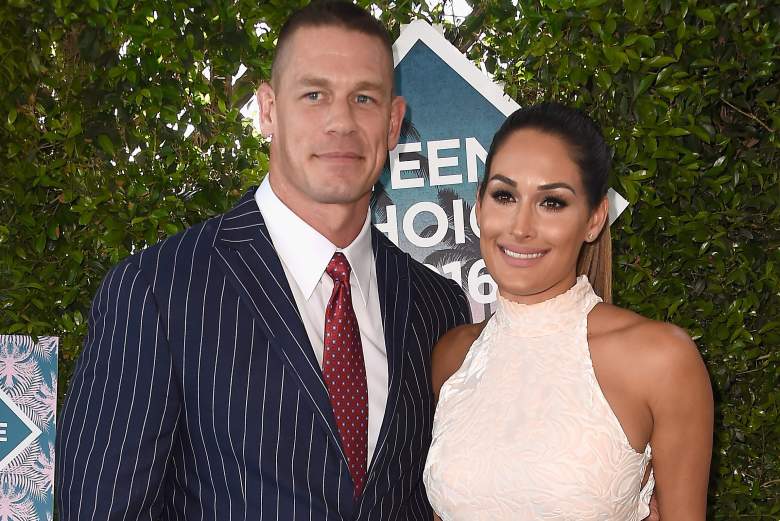 John Cena and Nikki Bella attend the Teen Choice Awards 2016 at The Forum on July 31, 2016 in Inglewood, California. (Getty)

However, we do know a few things about Nikki Bella’s ex-husband. Here’s what you need to know.

1. They Were High School Sweethearts 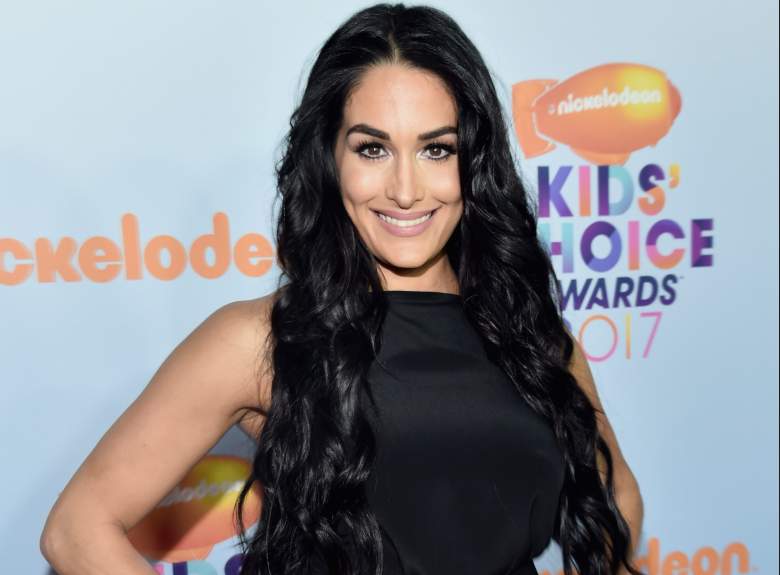 Bella revealed this piece of the puzzle on an episode of Total Divas in 2014. This means they met at Chaparral High School, the school in Scottsdale, Arizona where Bella graduated in 2002.

2. They Were Married in Las Vegas When She Was 20 & They Divorced Three Years Later 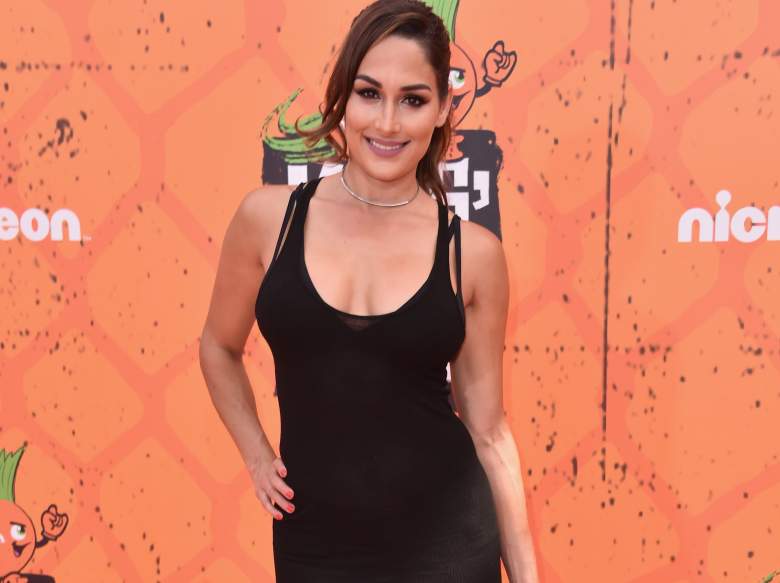 On an episode of Total Divas, Nikki Bella said that she and her high school sweetheart were married by an Elvis impersonator in Las Vegas when she was 20 years old.

Bella explained, “We were high school sweethearts, and we just decided one day, ‘Hey, wouldn’t it be fun to get married?’ Let’s go to Vegas!'”

She also explained that there was never a diamond ring in the picture and they never lived together. They divorced three years later, when Nikki was 23.

“After we got married, we didn’t really talk much longer, and then we realized, a few years later, when we started dating other people, ‘Oh, hey, we should get a divorce,'” Bella said on Total Divas.

Bella says that she knew she was making a mistake literally as she was walking down the aisle at the wedding.

“Even as I started to walk down the aisle, I knew, ‘This is a huge mistake, how can I get out of it,’ and I couldn’t,” she said.

She also said on Total Divas that the wedding was hardly a glamorous affair. She says that she was wearing Uggs and that she “wasn’t even like dressed to get married.”

3. She Kept The Marriage a Secret From Everyone, Including Her Family

Nikki Bella got married in secret and did not tell anyone, including her family.

In an episode of Total Divas, Nikki Bella reveals this information to her family for the first time, and they are shocked. Her mother, Kathy, is mostly upset that Nikki did not feel like she could confide in her about this situation.

“With our relationship, I can’t imagine that you didn’t think you could come to me,” her mother said.

Nikki said that she thinks part of the reason she didn’t tell anyone was because she was ashamed.

4. She Didn’t Tell John Cena About the Marriage Until Years Into Their Relationship

Nikki Bella apparently did not tell John Cena about her first marriage until quite a while into their relationship.

John Cena and Nikki Bella started dating in 2012, and it was in a 2014 episode of Total Bellas that Nikki finally revealed to John that she has been married before. This was an especially crucial bit of information considering how often Cena and Bella would talk about marriage and about Bella wanting to get married.

On Total Bellas, when John Cena finds out about the marriage, he’s surprisingly cool with it.

A lot of elements of Total Divas are very clearly staged, though, and so it’s not totally clear whether John Cena legitimately found out about this marriage for the first time on the show.

At the time that this divorce was happening, TMZ reported that Elizabeth Huberdeau and her lawyer suspected that John Cena had cheated on her.

“We’re definitely following up on every lead relative to his being unfaithful before AND after the separation,” the lawyer told TMZ.

We never ended up hearing any more about this, though, and their marriage was ultimately ended amicably in July 2012. Read more about the relationship between John Cena and Elizabeth Huberdeau here: 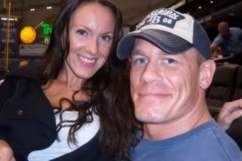 Read More
Pro Wrestling, Wrestlemania, WWE, WWE Smackdown
Nikki Bella and John Cena are getting married. This will be Nikki Bella's second marriage, as she previously married her high school sweetheart when she was 20.