Getty Alex Bregman of the Houston Astros celebrates after hitting a solo home run in the eighth inning against the Boston Red Sox during game four of the American League Division Series at Fenway Park on October 9 in Boston, Massachusetts.

The Houston Astros have advanced to the American League Championship Series for the first time in franchise history after they finished off the Boston Red Sox on Monday.

The AL West champion Astros defeated the Red Sox, 5-4, in a rain-soaked Game 4 of an American League Divisional Series in what was a back-and-forth game until the final out. Houston tied the game in the 8th inning after a solo home run by Alex Bregman, and reclaimed the lead on an RBI-single by Josh Reddick later on in the inning. Carlos Beltran gave the Astros the insurance run they needed with an RBI-double in the 9th inning, but Boston wasn’t done fighting.

In the bottom-half of the 9th, Raphael Devers hit a shot off of Houston closer Ken Giles that found its way to The Green Monster. The ball ricocheted off the wall and toward the right-field corner, and Devers sprinted around the bases for an inside-the-park home run to cut the deficit to one run, at 5-4. But Giles was able to compose himself on the mound and close out the game for the decisive victory, and his teammates stormed the Fenway Park field in celebration.

Now, the Astros await the winner of the ALDS series featuring the Cleveland Indians and New York Yankees. The Indians lead that best-of-five series, 2-1, and they meet again in Game 4 at 7:08 p.m. Eastern on Monday.

Houston made the World Series in 2005 as a member of the National League, but got swept by the Chicago White Sox, 4-0. As members of the AL, the Astros won a Wild Card Game against the Yankees in 2015, but lost the ALDS in five games to the Kansas City Royals (3-2).

The Astros won the regular season series against the Yankees, going 5-2 in games. Against the Indians, however, Houston struggled mightily. It went 1-5 against the defending ALCS champions.

The ALCS is scheduled to begin Friday, and the entire series will be broadcast on FOX.

Here’s a look at the full ALCS game schedule:

NOTE: Game times yet to be determined.

GettyJose Altuve tips his cap to the home crowd. 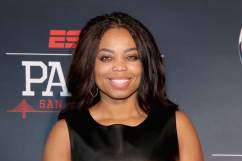