Getty Steven Stamkos and the Tampa Bay Lightning will try to tie the all-time record of 62 wins.

The Tampa Bay Lightning will look to tie the all-time NHL record of 62 wins on Saturday when they visit the Boston Bruins at TD Garden.

The game is scheduled to start at 1 p.m. ET and will be televised on Fox Sports Sun in Lightning markets, NESN in Bruins markets, and ESPN+ everywhere else. If you don’t have cable, here’s how to watch a live stream of the game, whether you live in the teams’ market or not:

If The Game is Out of Your Market

Viewers who live outside of the Lightning and Bruins market can watch a live stream of the game via ESPN+, the digital streaming service from ESPN (no cable required) that has coverage of NHL games each day, including during the playoffs. 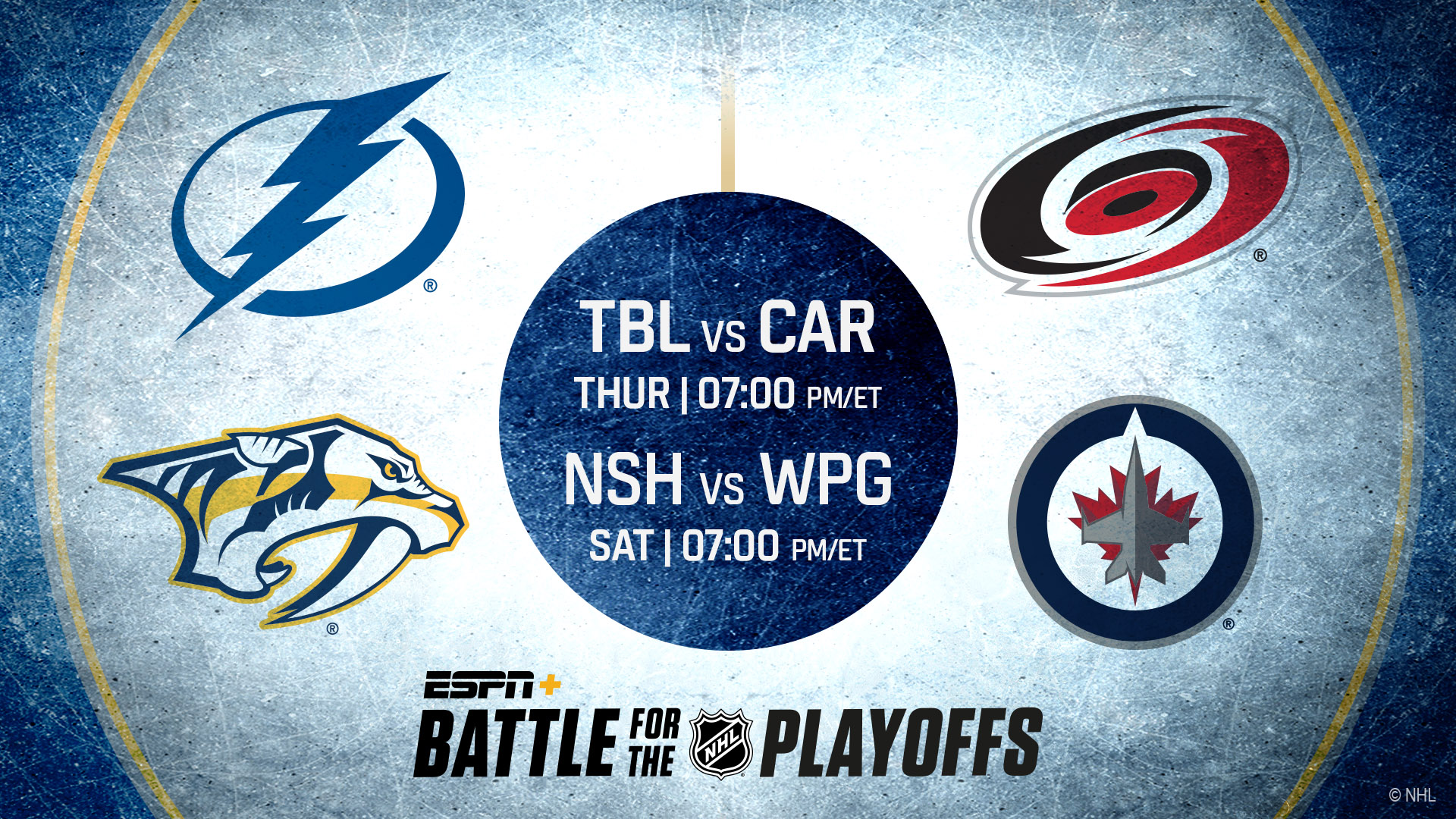 (And for fans of other sports, ESPN+ has exclusive coverage of many other sports, including UFC PPV events, the Lomachenko vs Crolla fight on April 12 and all FA Cup soccer matches)

You can start a free seven-day trial of ESPN+ right here, and you can then watch a live stream of the game on your computer via ESPN.com, or on your phone (Android and iPhone compatible), tablet, Roku, Amazon Fire TV, Apple TV, Chromecast, PlayStation 4, Xbox One, or other compatible streaming device via the ESPN app.

If The Game is in Your Market

You can start a free 7-day trial of FuboTV right here, and you can then watch a live stream of the game on your computer via the FuboTV website, or on your phone (Android and iPhone supported), tablet, Roku, Apple TV, Amazon Fire TV, Chromecast or other supported device via the FuboTV app.

PS Vue–which doesn’t require an actual PlayStation console to sign up or watch–offers four different live-TV channel packages: The upper three bundles all include Fox Sports Sun if you live in the Lightning market and NESN if you live in the Bruins market.

You can start a free 5-day trial of PS Vue right here, and you can then watch a live stream of the game on your computer via the PS Vue website, or on your phone (Android and iPhone supported), tablet, Roku, Amazon Fire TV, Apple TV, Chromecast, PlayStation (3 or 4), or other supported device via the PS Vue app.

In addition to a Netflix-like on-demand streaming library, Hulu also offers a bundle of 60-plus live TV channels, including Fox Sports Sun if you live in the Lightning market. NESN is not available on Hulu.

You can sign up for “Hulu with Live TV” right here, and you can then watch a live stream of the game on your computer via the Hulu website, or on your phone (Android and iPhone supported), tablet, Roku, Apple TV, Amazon Fire TV, Chromecast, Xbox One, Nintendo Switch, Echo Show, or other streaming device via the Hulu app.

The Lightning (61-16-4) are looking to tie the all-time record of 62 wins, set by the Detroit Red Wings in 1995-96. The Red Wings didn’t have the benefit of 3-on-3 overtime and a shootout to eliminate ties, losing 13 games and tying seven times. The Lightning have won via shootout six times this season.

After getting outscored 2-0 in the third period of a 4-2 road loss to a hungry Montreal Canadiens squad on Tuesday, the Presidents’ Trophy winners responded with a victory on the road against the Toronto Maple Leafs, conceding an early goal and responding with three unanswered.

“We weren’t worried, but we kinda took a look in the mirror and said we have to get ourselves ready,” center Alex Killorn said after Thursday’s win, according to the Tampa Bay Times. “Montreal was playing like a team in the playoffs and we had to get ourselves ready. Tonight was a stepping stone.”

Captain Steven Stamkos equalized on a shorthanded goal in the second period. Killorn notched what’d stand as the game-winner with under six minutes remaining.

“We definitely moved the puck better, a lot more in sync tonight,” defenseman Ryan McDonagh said, per the Times. “We didn’t have too many shifts where we were pinned in our own end like we had in Montreal.”

Nikita Kucherov added an empty-netter in the final minute. McDonagh assisted on the team’s first and third goals.

“That was a fun hockey game,” Tampa Bay head coach Jon Cooper said, according to the Associated Press. “But that was definitely not a playoff game.”

Cooped said of the record, per AP: “It would be really awesome to get 62, but what was more important tonight was getting our game back in check. We thought we left a lot out there in the Montreal game.”

The Bruins (49-23-9) bested the Minnesota Wild 3-0 behind a 26-save shutout from Jaroslav Halak. With their position as the second seed in the East playoff standings secure, Boston rested Zdeno Chara, David Krecji, Brad Marchand, and Charlie McAvoy.

“That’s how we want to finish the season, playing the right way,” Halak said, according to the Associated Press. “Although both teams were missing some key guys from the lineups, it could go either way. But like I said, I’m just happy the guys that played, played great, making the right plays at the right time.”

Read More
Live Sports Streaming, Streaming TV
The Lightning look to tie the all-time NHL wins record when they take on the Bruins Saturday. Here's how to watch a live stream of the game online.