Charmayne “Maxee” Maxwell, a member of the 1990s R&B group Brownstone died suddenly Saturday in Los Angeles after a fall, according to multiple media reports. She was 46.

Maxwell’s death was reported to be an accident. Maxwell was found by her husband, according to TMZ.

According to the Danish news site Here & Now, Maxwell died after a fall after attending her son’s soccer game in Los Angeles. Maxwell’s family has confirmed her death on social media and to Danish media.

According to TMZ, Maxwell’s husband found her at their home, bleeding and unconscious. She was home alone with her son when police believe she fell and cut her neck, possibly on a wine glass. Police do not suspect foul play, TMZ reported.

2. Maxwell Was Part of the R&B Group Brownstone

My cousin found these while cleaning to move!???

Maxwell, who was born in Guyana, was a member of the R&B group Brownstone in the 1990s. The group was signed to Michael Jackson’ MJJ label and is best known for its 1995 Grammy-nominated song “If You Love Me.” The group also included Nicci Gilbert and Mimi Dobby at the height of its success.

Maxwell also had a solo career, with her song “When I Look Into Your Eyes” reaching No. 1 on the European charts in 2000, according to MTV.com.

Maxwell has been married to Danish producer Carsten “Soulshock” Schack for 20 years, according to the Here & Now report. Soulshock has worked as a producer and writer for several artists, including Usher, Brandy, Monica and Whitney Houston, according to whosampled.com and was a judge on the Danish verison of X-Factor in 2010, according to IMDB.com.

Maxwell and her husband have a young son, Nicolaj. They lived in Los Angeles.

Her brother, Brandon, has taken to social media to mourn his sister’s death.

Brandon Maxwell also denied rumors that his sister’s death was a suicide, saying in a tweet “People are so dumb. This is actually BS..” with a link to an article claiming she killed herself.

5. Her Friends Have Also Posted Tributes On Social Media

I just need to be by you 1 more time on stage MAX! #BROWNSTONE #FOREVER R.I.H. I miss you already!! My heart is so heavy. I LOVE YOU SISTER!! 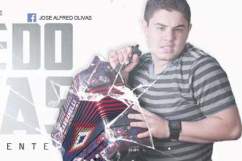