A black woman in St. Louis has become the darling of the conservative political media after she posted several profane-laced videos to Facebook. The clips feature Navy veteran Peggy Hubbard criticizing the Black Lives Matter movement, accusing civil rights protesters of encouraging police brutality and defending the actions of “thugs.”

1. Peggy Hubbard Said She Wants to Talk About ‘Black Brutality’

In her first emotional video, which has been viewed over 70,000 times on Facebook and generated over 15,000 comments, Hubbard talks mainly about the shooting of Mansur Ball-Bey. He was shot dead by police who were serving a warrant at his home. It was later revealed that he bad been shot in the back. In the video, she refers to Ball-Bey as “the thug.” She says:

2. She’s Outraged at the Shooting Death of a 9-Year-Old Girl

Jamyla Bolden, 9, was killed in Ferguson, Missouri, on August 19. (Screengrab via KMOV)

Also in the video, Hubbard speaks about the shooting death of Jamyla Bolden, who was killed by a stray bullet while she sat in her bed doing her homework. She says:

A little girl is dead. You say black lives matter? Her life mattered. Her dreams mattered … Yet you trifling motherfuckers are out there tearing up the neighborhood I grew up in.

Bolden was killed in Ferguson, Missouri, on August 19.

3. She Used to Work at the IRS

Peggy Hubbard is a native of Ferguson, Missouri, but now lives in Rockville, Illinois. According to her Facebook page, she’s a Navy veteran who has since retired from working at the IRS. She’s shown on social media to be a motorcycle enthusiast, her photos show her at events featuring bikers and the confederate flag.

Earlier in August 2015, Hubbard wrote that her cousin, Michael, had become the new police chief in East St. Louis. Fox St. Louis reported at the time that Michael Hubbard is a 19 year veteran of the East St. Louis department. The station says he was hired because of his “strong reputation for community policing and inspiring excellence through ethical leadership.”

5. Her Outrage Is Being Picked Up by the National Media

Since first posting her video rants, Hubbard’s cause has been picked up by several media outlets, notably conservative outpost The Blaze. On the night of August 24, she appeared on CNN with Anderson Cooper. 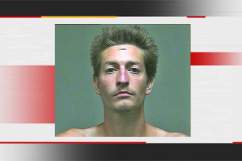 Loading more stories
wpDiscuz
60
0
Would love your thoughts, please comment.x
()
x
| Reply
Peggy Hubbard took to Facebook to tell the world "Police brutality? How about black brutality. You black people, my black people, you are the most violent motherf**kers I have ever seen in my life."