A poet and leading activist was arrested Tuesday night during protests over the death of Laquan McDonald in Chicago.

But after an outcry from fellow activists, who said London did not hit an officer and was standing peacefully when he was targeted by police and arrested, the charges against London were dismissed Wednesday afternoon.

Prosecutors didn't give an explanation why the charge was dropped. Just said "Nolle Pros." #FreeMalcolmLondon

#FreeMalcolmLondon was trending for most of the day Wednesday as protesters rallied to his defense.

Four others were arrested during the protests, which came after the arrest of Officer Jason Van Dyke and the release of a dash cam video showing the officer shooting the 17-year-old McDonald 16 times in October 2014, but London faced the most serious charges.

London is one of the leaders of the Black Youth Project 100, and helped organize the protests.

Here’s what you need to know about London:

1. He & Other Young Chicago Leaders Refused to Meet With the City’s Mayor Hours Before His Arrest

While many older community activists met with Mayor Rahm Emanuel to talk about the video and the reaction to it on Tuesday, before it was released, London and other young activists declined to sit down with him.

“What I’m consistently concerned about, from governments, from media, from most people, is that when moments like these arise, we are more concerned about the reaction to the violence, then the violence itself,” London told Fox 32 Chicago on Tuesday. “We’re talking about calling for peace in a time that’s not peaceful. If you look at last night, there were peaceful protesters in Minneapolis who were shot. So often, people are paying more attention to the property in the city.”

London also said, “I want to keep everybody safe, but right now the people who look like me, they’re not safe.” 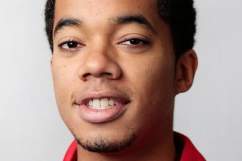 2. He Brought the Issue of Chicago Police Violence to the UN as Part of the ‘We Charge Genocide’ Delegation

We stood in protest of police violence & the perpetual hypocrisy of US laws & policies silencing our torture #WCGtoUN pic.twitter.com/fKHvp5QOCn

Last November, London went to United Nations along with a delegation of seven other youth leaders to make a presentation on police violence, charging the Chicago Police with genocide.

“The UN has already condemned the U.S. as being a hotbed of police violence in past reviews. We Charge Genocide will present a report to the UN Committee Against Torture stating that police in Chicago aren’t just harassing and brutalizing youth of color — their actions legitimately qualify as torture,” Monica Trinidad, a We Charge Genocide organizer, said in a press release. “By verbalizing and presenting the bold testimonies and horrific experiences young people face at the hands of the Chicago Police Department, we hope to persuade the UN to classify Chicago police violence as torture and to take actions to help end this brutal and destructive treatment.”

Cornel West has called London the “Gil-Scott Heron of his generation,” comparing him to the spoken word poet from the 1970s and 1980s, who was also from Chicago.

London began his rise to prominence in 2011 when he won the “Louder Than a Bomb” youth poetry slam in Chicago. He has since performed around the country, and has been featured on CBS, NPR, the Huffington Post and The Root.

“Malcolm London is that rare and important breed of poet-activist who can engage in a civic conversation via his art,” said Kevin Coval, of Young Chicago Authors.

“When I was younger I tried to be a rapper,” London told the Chicago Tribune in 2012. “I carried around a notebook to write things down, things I saw, things I felt,” he says. “I wrote what I would call my first poem when I was 12. It was called ‘The Last of My Tears,’ and I honestly can’t remember a word of it.” 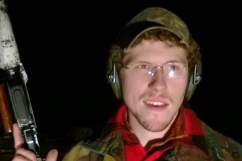 3. He Gave a Ted Talk in 2013 About His Time as a Chicago High Schooler

London gave a Ted Talk in 2013 about his time as a high school student in Chicago, which you can watch above.

He graduated from Lincoln Park High School in Chicago in 2011.

“There are a lot of kids like me in places like this, places kind of pushed into the shadows by the people who run this city,” he told the Chicago Tribune in 2012. “We have stories to tell, stories not told in the news and media. I am getting the chance to tell mine, and others can too.”

4. He is a Student at the University of Illinois-Chicago & a Co-Chair of BYP100’s Chicago Chapter

London is a student at the University of Illinois-Chicago and is the co-chair of the Chicago chapter of Black Youth Project 100.

According to the bio on his website, he is involved in several projects:

Deeply interested in working on ways to improve the national education system, London regularly visits high schools, youth jails, colleges & communities to work with students on writing workshops and performances. London is currently devoted to being a youth advocate & coordinator of The Know Your Rights Project out of Northwestern Law School, a project dedicated to educating young people on their rights within the juvenile justice system, & continuing his work as teaching artist on staff at Young Chicago Authors, a program working to transform the lives of young people by cultivating their voices through writing, publication and performance education.

The hashtag #FreeMalcolmLondon has been trending on Twitter around the United States for several hours. Prominent activists and others called for London’s release and that the charges against him be dropped.

City Alderman Roderick Sawyer is among those speaking out about the arrest:

I know @MalcolmLondon, my daughter with him in the protest. I don't believe that the reports that led to his felony charge. He is a hero

Thousands of others have also tweeted about London:

The Chicago PD is attempting to vilify @MalcolmLondon, an incredible organizer. But we know the truth. #FreeMalcolmLondon.

don't believe the hype! @MalcolmLondon was targeted. he refused to meet with the mayor yesterday and faces a felony today #FreeMalcolmLondon

Malcolm is a thoughtful, respectful, admirable, charismatic leader & organizer. He is many things/but he is not violent #FreeMalcolmLondon

Malcolm won the Louder Than a Bomb poetry slam at 18 years old in 2011. He is a poet. He is a beautiful soul. #FreeMalcolmLondon

Supporters gathered at the courthouse for his bond appearance on Wednesday, before the charges were dropped.