When Hillary Clinton mentioned during the third presidential debate Wednesday night that Donald Trump mocked a disabled reporter, he interrupted by saying, “wrong.”

But video from a rally in November 24, 2015, shows the incident where Trump mocked New York Times reporter Serge Kovaleski. You can watch the video above.

Kovaleski suffers from arthrogryposis, a rare condition that occurs when a “joint becomes permanently fixed in a bent or straightened position, which can impact the function and range of motion of the joint and may lead to muscle atrophy. AMC is not a specific diagnosis, but rather a physical symptom that can be associated with many different medical conditions.”

Trump had come under fire for claiming Muslims in America celebrated after the 9/11 attacks. He referenced an article written in 2001 by Kovaleski, in which he reported police “detained and questioned a number of people who were allegedly seen celebrating the attacks and holding tailgate-style parties.”

Kovaleski said no proof was ever found and the key word “allegedly” was used.

At a rally soon after, Trump said Kovaleski was “backing away” from the reporting and said “you gotta see this guy,” while flailing his arm.

But Trump said he was not mocking Kovaleski, claiming he never met him.

“Serge Kovaleski must think a lot of himself if he thinks I remember him from decades ago — if I ever met him at all, which I doubt I did,” Trump said.

Kovaleski later said he had met Trump in person many times.

“I’ve interviewed him in his office. I’ve talked to him at press conferences. All in all, I would say around a dozen times, I’ve interacted with him as a reporter while I was at The Daily News,” Kovaleski said. 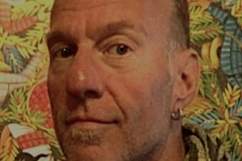