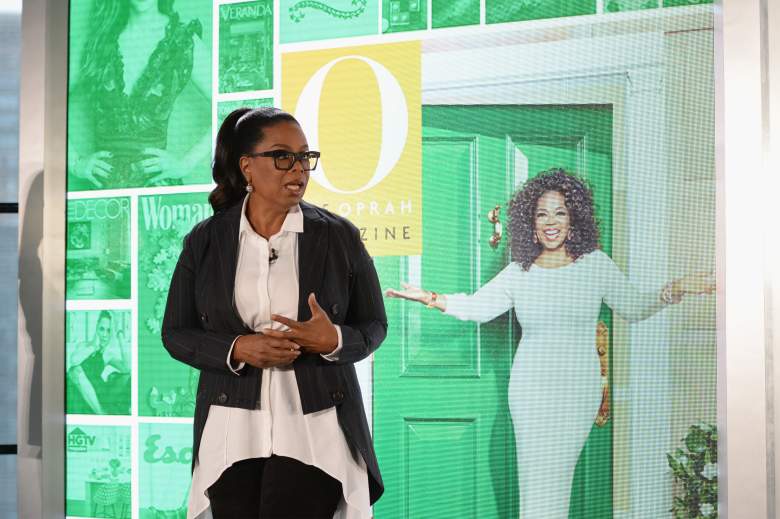 Could Oprah run for president in the 2020 election?

That question is becoming less and less ridiculous, as it has become clear that Americans are open to electing a president without political experience, and with Democrats scrambling to find new leadership following their major loss in November, some have suggested that running a celebrity, as the Republicans did, might not be the worst idea in the world.

Oprah Winfrey herself has become more and more involved in the world of politics over the past decade, and recent statements suggest that she’s at least open to the possibility of a presidential run.

Here’s what we know about a possible Oprah 2020 bid.

1. In Recent Months, She Has Said She Would Never Run for President

Oprah Winfrey has been asked in a number of interviews over the past few years whether she would run for president, and in virtually all of them, she gave a very definitive “no” response.

In an October 2015 interview with CBS, when asked if she would consider running for president, she said “not in this lifetime.”

In a June 2016 interview with Jimmy Kimmel, Winfrey could not have possibly been more clear in saying that she will not run for president.

Winfrey also told Kimmel that she doesn’t buy into the idea that she could have beaten both Hillary Clinton and Donald Trump in the 2016 election.

In a January 2017 interview with Stephen Colbert, Winfrey was again asked if she would ever run for president, and she said, “Never! No, it’s not my thing.”

2. She Now Says She’s Reconsidering Whether She Could Be Elected President

!! Oprah says she's rethinking if she could be president: https://t.co/Z5YhLP32jF pic.twitter.com/yvhEDy6sBV

In a recent interview with Bloomberg, Oprah changed her tune just a bit, saying that the election of Donald Trump made her reconsider the idea of running for president.

“I never considered the question even a possibility,” she said. “I just thought, ‘Oh, oh’…I thought, ‘Oh gee, I don’t have the experience, I don’t know enough.’ And now I’m thinking, ‘Oh…'”

However, it seems that Oprah’s statement is more of an insult directed towards President Trump than it is a declaration of her intentions to run for president, as she is implying that Trump does not know enough and has dramatically lowered the bar.

Oprah has actually made similar statements before, mainly as a joke intended to rib Trump. In a June 2016 interview with Jimmy Kimmel, she said that the fact that Donald Trump is running for president makes her feel very qualified for the position.

“For many years I used to think – until this election year, I thought, ‘Wow, why do people say [I should run for president]? I have no qualifications to run,'” she said. “[Now] I’m feeling pretty qualified. After this year, I’m feeling really qualified.”

But this was in the same interview in which she said that she will absolutely, 100 percent never run for president, which suggests that this idea that she feels qualified to run thanks to Trump does not contradict her feeling that she will never seek the office of the presidency. 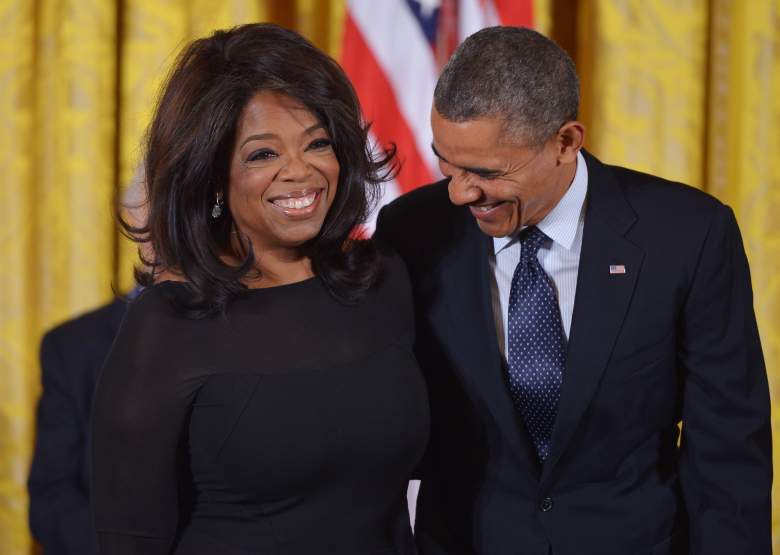 Barack Obama chats with Oprah Winfrey before presenting her with the Presidential Medal of Freedom during a ceremony in the East Room of the White House on November 20, 2013. (Getty)

If Oprah were to run for president, she would likely be seeking the Democratic party’s nomination. During the 2008 and 2016 elections, Oprah supported Barack Obama and then Hillary Clinton.

When Winfrey endorsed Barack Obama during the 2008 election, it was the first time she had endorsed a presidential candidate. This endorsement came during the Democratic presidential primaries, and it gave Obama a massive advantage over Hillary Clinton.

“I think that what he stands for, what he has proven that he can stand for, what he has shown was worth me going out on a limb for – and I haven’t done it in the past because I haven’t felt that anybody, I didn’t know anybody well enough to be able to say, I believe in this person,” Oprah said at the time.

A 2008 study conducted by the University of Maryland, College Park found that Oprah’s endorsement provided Obama with at least one million additional votes during the Democratic primary.

During the 2016 election, Oprah again endorsed a presidential candidate, although this endorsement came much later in the campaign: just about a month before the Democratic National Convention. By that point, it was essentially a guarantee that Clinton would earn the Democratic party’s nomination.

Winfrey told Entertainment Tonight at the time that Clinton being the Democratic nominee would be a seminal moment for women everywhere.

“What this says is, there is no ceiling. That ceiling just went boom, you know,” Winfrey told Entertainment Tonight. “It says anything is possible when you can be leader of the free world.”

Still, it was clear that Winfrey wasn’t as enthusiastic about Clinton as she was about Obama. She even seemed to concede in an October 2016 interview that Clinton is not particularly likable.

4. Trump Said in the Past That He Would Love to Have Oprah As His Running Mate

It was rather ironic in 2016 to see Donald Trump and Hillary Clinton face off in the general election, considering Trump had expressed support for Clinton in the past and even went to her wedding. But if Trump and Oprah were to face off in 2020, that would be even more ironic, as Trump has said on multiple occasions that he would like to run for president with Oprah Winfrey as his running made.

In a 1999 interview with Larry King, in fact, Trump said that Oprah would be his very first choice for vice president.

“Oprah, I love Oprah,” Trump said. “Oprah would always be my first choice….You know what? I tell you, she’s really a great woman, though. She is a terrific woman. She is somebody that is very special.”

Trump went on to say that if Oprah ran for president herself, she would be a great candidate.

And in a June 2015 interview with ABC News that took place shortly after Trump officially launched his campaign, he again praised Winfrey and said he would love for her to be his running mate.

“I like Oprah,” he said. “What can I tell you? She’s great. She’s talented. She’s a friend of mine. She’s a good person…I think Oprah would be great. I’d love to have Oprah. I think we’d win easily, actually.”

5. She Says She ‘Couldn’t Breathe’ After the Election, But Was Comforted by Trump Meeting With Obama

After the presidential election, as Democrats everywhere were in a state of panic over the election of Donald Trump, Oprah Winfrey urged them to calm down.

On November 10th, Oprah tweeted a picture of Donald Trump meeting with Barack Obama, writing, “Everybody take a deep breath!” This sparked a backlash among Democrats on social media.

Later, Oprah explained that she couldn’t breathe after the election results came in, but that Trump and Obama meeting with each other and acting very respectful calmed her down.

“I couldn’t breathe after the election,” Oprah said in a Facebook Live video after her tweet was criticized, according to CBS8. “I was expecting tension, awkwardness and strain. So, when I saw them sitting together, and I actually took a picture of the screen that said ‘President-elect Trump honored to meet Obama.’ President Obama was being so gracious, and I heard Donald Trump say, ‘He’s a good man.’ I heard Donald Trump say, ‘I’m going to be seeking his counsel.’ I literally went…I can breathe now.”

Winfrey has not tweeted about politics a single time since.

Read More
2020 Presidential Election, Breaking News, Donald Trump, Politics
Will Oprah Winfrey run for president in the 2020 election? Winfrey has ruled it out in recent years, but in a new interview, she is leaving the door open.