Cops in Portland say that Jeremy Christian slit the throats of two good Samaritans who were trying to stop him from abusing two Muslim women. The horror unfolded on board a MAX light-rail train as it pulled into the Hollywood Transit Center on the afternoon of May 27. According to online records, Christian, 35, is being held without bail at the Multnomah County Detention Center. He’s facing charges of aggravated murder and attempted murder.

The abuse and attack happened on the eve of Ramadan.

1. Christian Is a Known White Supremacist in the Portland Area

The Portland Mercury reports that Christian is a known white supremacist in the Portland-area. The piece says that Christian appeared at an April 29 rally for alt-right supporters titled, “March for Free Speech.” At the march, Christian was christened, “Bat Guy.” 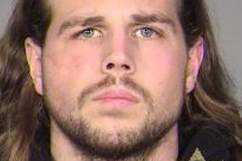 The Mercury says that Christian was armed with a baseball bat while police said at the time that the suspect was mentally ill. Willamette Week elaborates on the exchange Christian had with officers, “Any guns in there?” An officer asked, “Just comic books.” The same cop then told WW, “I think that guy is mentally ill.”

According to his Facebook page, Christian is from Portland and is self-employed. He writes on his profile:

I’m an Ex-Con. I Like Comix, Cannabis and Metal-In Any Combination. If you are an Employer, F*** Off.

While on May 7, Christian gave a lengthy description of his politics saying:

I am not racist and have a half Vietnamese Nephew and large Vietnamese Family in Portland the US Vietnam and around the world. I will generally knock out a person that calls me a racist.

I am White and a Nationalist for Vinland. Plus I Support Balkanization for racists and religion lines.

I would really prefer not to have to live with monotheists and various other moronic groups of ignorant cretins that foment hate in the name of Tetragrammaton/Yahweh/Allah and threaten to Destroy the world with their unmatched incompetence….

Man engaging in hate speech and giving the Nazi salute at the end of the #Portland free speech march pic.twitter.com/8QRmmvTDAf

2. Christian Allegedly Told the Muslim Girls, ‘Get Off the Bus & Get Out of the Country’

A witness, Evelin Hernandez, told KATU, that the suspect told the two girls, “Get off the bus, and get out of the country because you don’t pay taxes here.” Hernandez added that Christian said, “[He] doesn’t like Muslims, they’re criminals.”

Portland Police Bureau spokesman Sgt. Pete Simpson told the media, “It’s horrific. There’s no other way to describe it.” While Sgt. Simpson said that Christian had been “yelling various remarks that would best be characterized as hate speech toward a variety of ethnicities and religious.” Authorities are looking to speak to the two Muslim women. The FBI is assisting with the investigation. Sgt. Simpson also said, “Of course our thoughts are with the Muslim community as something like this happens. This only instills fear in that community.”

In describing the circumstances leading to the stabbing, Sgt. Simpson said:

In the midst of his ranting and raving, some people approached him and appeared to try and intervene with his behavior and some of the people that he was yelling at. They were attacked viciously… These were folks just riding the train and unfortunately got caught up in this.

3. The Suspect Has a Lengthy Criminal Record Including Convictions for Kidnapping & Felony Robbery

The Oregonian reports that Christian has convictions for felony robbery, kidnapping and weapon charges. His first conviction was in 2002 in a first-degree robbery and second-degree kidnapping case, reports KOIN. The station says that his most recent offence was in November 2010 when a case of theft was dismissed for unknown reasons.

In January 2016, Christian posted one of his mugshots on his Facebook page.

4. The Victims Have Been Named as Taliesin Myrddin & Ricky Best

KOIN reports that the victims names will be officially released when autopsies are completed on May 28. On Facebook, Asha Deliverance, identified her son, Taliesin Myrddin, as one of the victims. He was 23 years old.

According to his Facebook page, Taliesin Myrddin attended high school in Ashland, Oregon. He then graduated from Reed College with a degree in economics in 2016. Myrddin’s sister, Aurora Dachen, posted a similarly heartbreaking tribute on her Facebook profile:

The Oregonian reports that the second victim was Ricky Best, 53. A military veteran, Best, served for 23 years, retiring in 2012 as a platoon sergeant. The newspaper adds that in 2014 Best ran to become Clackamas County commissioner. Born and raised in Oregon, Best is survived by his three teenage sons and 12-year-old daughter. A Go Fund Me page has been set up to help the victims’ families.

Saddened by the loss of a local army veteran and Good Samaritan-heart goes out to his family. https://t.co/LXAekDJ47a pic.twitter.com/IvuN9RKddG

A group has planned a vigil to take place at the Hollywood/Northeast 42nd Avenue Transit Center MAX Station. The event is named, “We Stand Up, We Stand Together.” The Facebook page says:

Gather with our community for a peaceful candlelight vigil to honor the upstanders who were attacked and murdered on a MAX train Friday for trying to intervene as a man yelled racial slurs at two young women.

We ask that our community come together in love and solidarity in the face of this horror to honor the memory of the victims and in support of those in our city and nation who feel terrorized and targeted.

Myrddin’s sister endorsed the rally saying, “This an event to honor my brother. Please share! In times like these we need to come together.”

The third victim who was stabbed but does not have life-threatening injuries has been named as Micah David-Cole Fletcher, 21.

Memorial now in place at 42nd and Halsey in memory of todays stabbing on a max train. #LiveOnK2 pic.twitter.com/6JLyPcB4YR

Portland City Commissioner Chloe Eudaly told NBC Portland, “This is an especially sad and disturbing incident. People just lost their lives or were injured because they stood up to hate.”

5. While in Manchester, Hate Crimes Have Doubled Since the Ariana Grande Bombing

A 2017 report says that anti-Muslim incidents rose by 44 percent in 2016 in the United States. The report came from the Council on American-Islamic Relations. Since 2014, those incidents have risen by 584 percent.

The same report adds that American citizens are more likely to be die at the hands of a right-wing extremist. In the wake of the Portland stabbing, CAIR called on Trump to “speak out personally against rising bigotry and acts of racial violence in America targeting Muslims and other minority groups.” 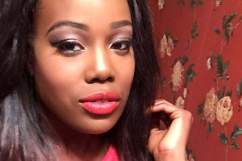