Saffie Rose Roussos, an 8-year-old girl who was killed in the Manchester bombing, was remembered for her creative flair.

Heartbreaking photos of the child circulated on social media, capturing her smiling innocence.

The Islamic State has claimed responsibility for the attack. The Manchester Evening News has established a crowdfunding site to help all of the families of the victims. You can donate to it here.

1. Saffie Was at the Ariana Grande Concert With Her Mother & Sister

Saffie had gone to the concert with her mother, Lisa Roussos, and sister Ashlee Bromwich, according to the Guardian.

“It is understood they are being treated in hospital,” the Guardian reported of the mother and sister. The child’s father is from Cyprus, according to the Cyprus Daily.

According to Cyprus Mail, “Relatives of the family were traveling to Britain from Cyprus. Saffie’s father Andreas Roussos has Cypriot citizenship…but not his wife and daughters. He was born in Cyprus and later moved to Liverpool.”

2. Saffie Was Remembered as a ‘Beautiful Little Girl’ 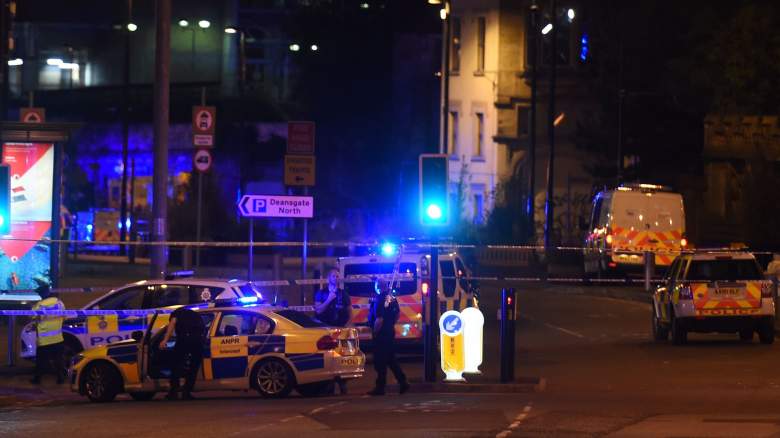 Police at the scene of the concert explosion. (Getty)

The child didn’t have much time to live, but she had already developed a distinct personality and was remembered for her “creative flair.”

Chris Upton, headteacher at her Tarleton Community Primary school, told The Guardian: “Saffie was simply a beautiful little girl in every aspect of the word. She was loved by everyone and her warmth and kindness will be remembered fondly. Saffie was quiet and unassuming with a creative flair.”

He added to the news site: “The thought that anyone could go out to a concert and not come home is heartbreaking.”

3. The First Victim of the Attack Was a College Student & Ariana ‘Super Fan’

Saffie was the second victim named in the terrorist attack. The first, Georgina Callandar, was a college student and Ariana Grande “super fan.”

Callandar, 18, who was studying health at a local college, had tweeted her excitement to Ariana before the concert and, in 2015, posted photos of herself with the singer on Instagram.

You can read more about Callandar here:

4. Friends & Family Had Desperately Searched for Saffie Rose After the Bombing 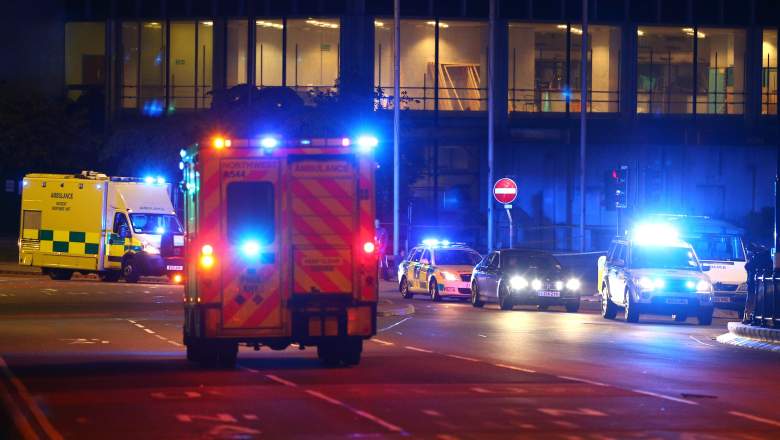 Frantic friends and family members hoped upon hope that Saffie Rose had survived the blast, and they took to social media to find her.

“My friend Lisa and her daughters Ashlee and Saffie were at the concert last night,” one woman wrote on Facebook. “Saffie-Rose, 8 years old is still missing. Her mum Lisa and sister Ash are in hospital with shrapnel injuries which are not life threatening but Saffie is still missing. Ashlee’s in Bolton but Lisa is in a different one. Please could you share this post and help find her…please contact me with ANY INFORMATION.”

Along with Saffie and Georgina, 20 other people were reportedly killed in the blast, and 59 people were injured.

That brought the carnage to 22. ISIS has claimed responsibility for the horrific attack, which occurred at England’s largest indoor concert venue as a sold-out crowd was exiting the arena.

5. Parents of the Missing Took to Social Media Looking for News of Their Loved Ones

You can read more about her search here: 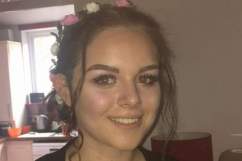 Loading more stories
wpDiscuz
8
0
Would love your thoughts, please comment.x
()
x
| Reply
Saffie Rose Roussos, an 8-year-old girl, was named as one of the victims of the terrorist attack at an Ariana Grande concert in Manchester.