Tiffany Geliga, a Florida chemistry teacher, is accused of having sex with a teenage student in her car.

On her now-deleted Facebook page, Geliga’s photos alternated between loving snaps of motherhood and selfies, including one bearing her stomach.

The accusations against Geliga, who is sometimes called Tiffany Michelle Geliga, are the latest in a string of incidents around the country in which female teachers were accused of having sexual relationships with students.

1. Geliga Is Accused of Having ‘Inappropriate Activities’ With a Teen Boy

The accusations against Geliga stem from alleged inappropriate contact with a 17-year-old boy.

According to CBS12, Geliga was arrested on May 18 for alleged “inappropriate activities with a 17-year-old male student.”

NBC 26 reports that the allegations came to light “after school administrators at Port St. Lucie High School told a school resource officer that they had spoken to a 17-year-old student who told them he had relations with Geliga.” 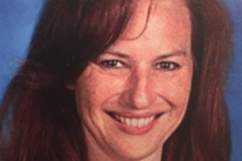 2. The Boy Alleged That He had Sex With Geliga in Her Car & Geliga Is From North Carolina

The teenager told school officials that he had sex with Geliga twice in her car, according to NBC 26. He alleged that the sexual contact occurred in late April or May 2017, according to the television station.

Geliga’s now deleted Facebook page says she is from Roanoke Rapids, North Carolina. In addition to her current hometown of Port Saint Lucie, Florida, she has lived in West Melbourne, Florida, and in San Antonio, Texas, according to the page.

She also posted a photo of herself in an embrace with a man.

4. Geliga Was a Member of the High School’s Science Faculty

Geliga worked at Port St. Lucie High School as a chemistry teacher, according to The Palm Beach Post.

The newspaper reports that the allegations first arose when a mother became suspicious. She wasn’t the mother of the student who allegedly had sex with Geliga, though.

“School administrators were alerted to the Geliga’s alleged actions when the mother of another student reported that Geliga, a Port St. Lucie resident, had made phone calls and sent several text messages to her son,” the newspaper reported. “The investigation revealed that Geliga did not have inappropriate contact with that student. However, the student told administrators he believed she was have a relationship with another student.”

5. Police Conducted a Sting to Determine if the Accusations Were True

After the teen allegedly made the accusations, police set out to gather more evidence.

The “conducted a controlled call between the teacher and teenager which confirmed that the pair had sexual relations,” according to NBC 26.