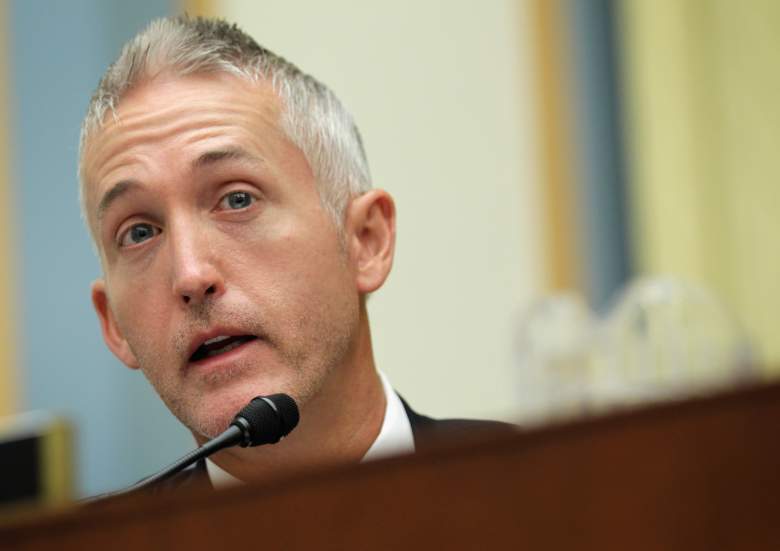 Trey Gowdy speaks during a hearing before the House Judiciary Committee June 11, 2014 on Capitol Hill in Washington, DC. (Getty)

Trey Gowdy is reportedly on Donald Trump’s shortlist to be the next director of the FBI.

This news comes two days after Donald Trump suddenly fired James Comey. Comey did his best to stay nonpartisan, but the same cannot be said for Trey Gowdy, who is very much a partisan Republican. He is a member of the House of Representatives representing South Carolina’s 4th district.

So what, exactly, are Trey Gowdy’s political views? Where does he line up with Trump, and where do he and Trump differ? Here’s what you need to know.

1. He Supported Marco Rubio in the 2016 Election 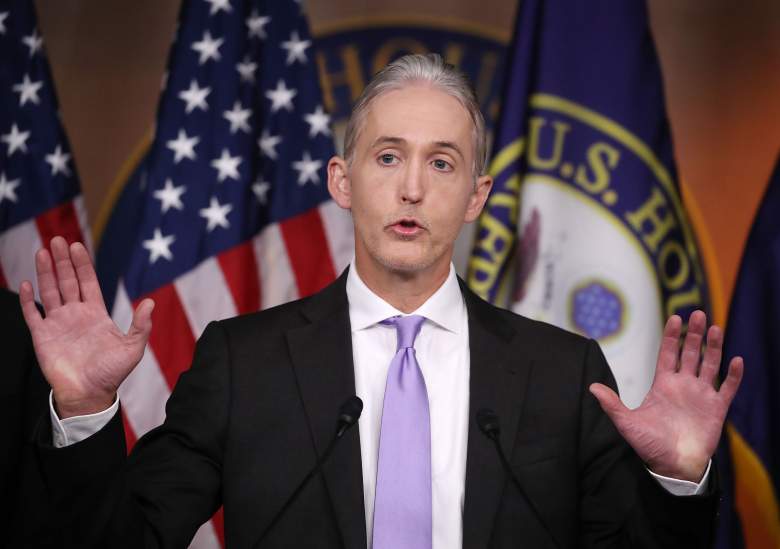 During the 2016 Republican presidential primaries, Trey Gowdy was a supporter of Marco Rubio.

Gowdy officially offered his endorsement of Rubio in December 2015.

“Marco is a rock solid conservative and a leader we can trust. He is someone we can count on in Washington to stand true to his word,” Gowdy said at the time, according to Politico. “And I know from experience: that is hard to find in Washington.”

Trey Gowdy did not offer his endorsement of Donald Trump until May 2016, two months after Marco Rubio withdrew from the race. Gowdy essentially just said that he will be voting for Trump because Trump is the party’s nominee.

“I was a [Marco] Rubio guy, and if Marco had won I would have expected the [Ted] Cruz supporters and the [John] Kasich supports and the Trump supporters to support my guy,” he said, according to The Hill. “My guy lost. When the jury speaks, I’m going to support the jury.”

2. He Was the Chair of the House Benghazi Committee, Which Trump Called a ‘Disaster’ 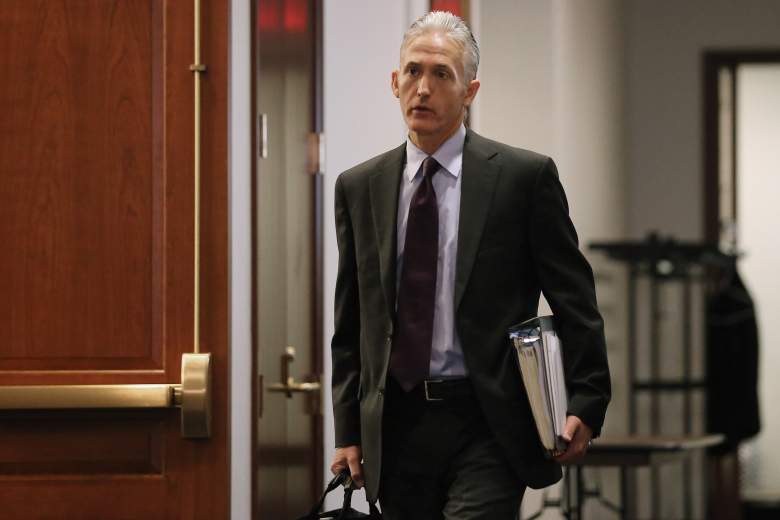 Trey Gowdy arrives for a closed door meeting in the House Visitors Center at the U.S. Capitol June 16, 2015 in Washington, DC. (Getty)

Trey Gowdy was the head of the House Benghazi Committee, and he investigated the events leading up to the 2012 terrorist attack in Libya.

This investigation lasted two years and resulted in an 800-page report that did not reveal evidence of wrongdoing on the part of Hillary Clinton. Gowdy defended the investigation after critics complained that it was a waste of time and that nothing was learned from it.

“You didn’t know about any of the emails from Ambassador Stevens,” Gowdy said, according to The Washington Post. “You didn’t know that a single U.S. military asset did not meet a single designated timeline…All of that is new.”

One of those critics was Donald Trump himself, who said, when it was revealed that Gowdy would be endorsing Marco Rubio, that the Benghazi hearings were a “disaster.”

“His hearings were a disaster,” Trump said. “Everybody was looking forward to something that was going to be really productive. And he didn’t win with those hearings. It was a total not-good for Republicans and for the country.”

"@mitchellvii: Face it, Trey Gowdy failed miserably on Benghazi. He allowed it to drag out and in the end, let Hillary get away with murder.

3. He Said There is No Evidence That Trump Was Wiretapped 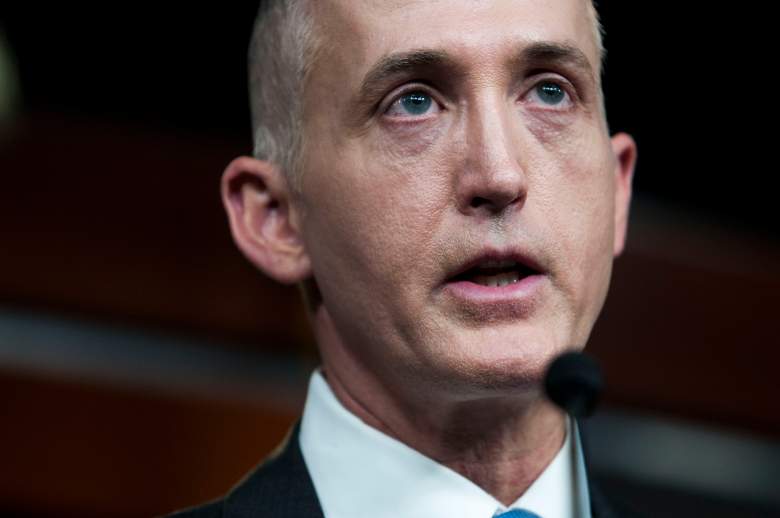 Trey Gowdy speaks to reporters at a press conference on March 3, 2015 in Washington, D.C. (Getty)

In March, Trey Gowdy said that he has not seen evidence to support the claim that Donald Trump was wiretapped by the Obama administration during his presidential campaign.

Gowdy went on to tell the Trump administration that if they do have evidence of this wiretapping, they are “welcome to release it.” 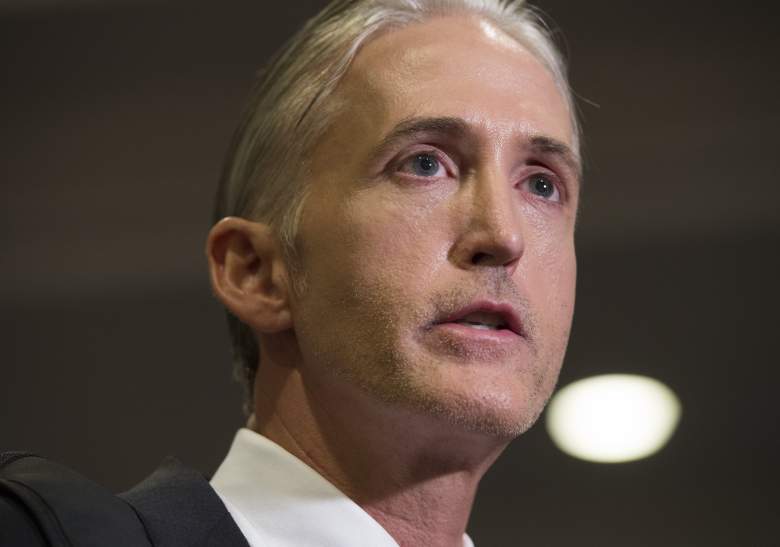 When Donald Trump signed an executive order in January suspending immigration from seven Muslim-majority nations, Trey Gowdy was in support of the order.

“The world we find ourselves in is dangerous and becoming increasingly so,” Gowdy said. “Since national security and public safety are the preeminent functions of government, there is a fundamental duty to ensure the necessary background investigations can be done to stop anyone intent on doing harm from exploiting Americans’ generosity and taking more innocent lives.”

Gowdy did later say, however, that the order could use some tweaking and some clarity, with Gowdy particularly wanting Trump to clarify that the order does not apply to U.S. citizens.

“If you have a visa and you have relied upon that visa to either rent an apartment or put your kids in school, then, you do have certain property interests that you would want protected. Therefore, you are entitled to due process,” Gowdy said. “So I think his executive order is pretty easily remedied.”

Gowdy was quite critical of the 9th Circuit Court of Appeals’ decision to suspend the travel ban.

“It seems clear to most of us – not on the 9th Circuit Court of Appeals – there is no right to come to this country for non-citizens of the United States,” he said. “It also seems clear judges are neither in a position, practically or jurisprudentially, to second guess national security determinations made by the Commander in Chief. There is a reason we elect the Commander in Chief and do not elect federal judges.

5. He Says There Doesn’t Need to be a Special Prosecutor in the Trump Russia Investigation 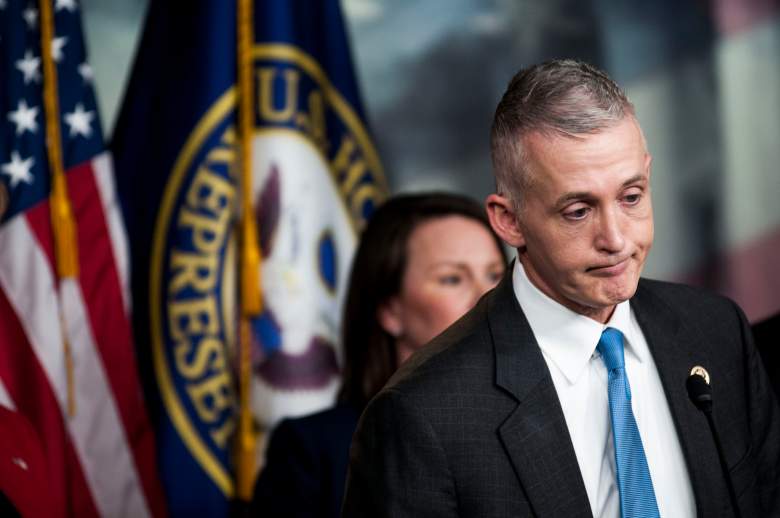 Trey Gowdy speaks to reporters at a press conference on March 3, 2015 in Washington, D.C. (Getty)

Trey Gowdy has pushed back against calls for the appointment of a special prosecutor in the Trump Russia probe.

Gowdy said that it is too early and that he has not been convinced that special counsel is necessary.

“There is no special prosecutor statute,” Gowdy told Fox News. “There is no independent counsel statute. There’s a regulation that allows for the appointment of special counsel if the Department of Justice has a conflict and if all 92 U.S. attorneys have a conflict. Until that evidentiary burden has been satisfied, I don’t know why Republicans or Democrats are talking about special counsel.”

Gowdy added that “It’s too early. Special counsel only applies to a criminal investigation.”

Read More
Donald Trump, Politics
Trey Gowdy is reportedly on Donald Trump's shortlist to be the next director of the FBI. What are his opinions on some of the issues he would face on the job?