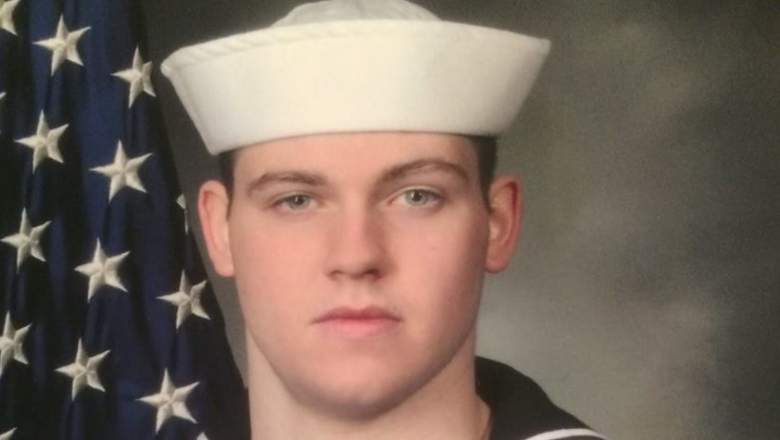 One of the USS Fitzgerald sailors who died after a collision with a merchant ship has been identified as Dakota Rigsby, a young man from Virginia.

Tragically, the U.S. 7th Fleet has confirmed that all seven missing sailors perished in the collision between the Navy destroyer and the ACX Crystal, a container ship flying under the flag of the Philippines.

Local media identified Rigsby as one of the seven missing.

1. Dakota Rigsby & His Mother Were Both Volunteer Firefighters

Dakota Rigsby devoted his life to public service. In addition to joining the U.S. Navy, he was a volunteer firefighter back home. That’s a cause he shared with his mother.

“Please keep our fire department family in your thoughts and prayers. Firefighter Rigsby is currently commissioned to the USS Fitzgerald, and is reported to be missing after a tragic collision with a merchant freighter off the coast of Japan. Both Firefighter Rigsby and his mother serve our community, and our thoughts and prayers are with them and those searching,” the Lake Monticello Fire Department shared on Facebook.

2. Dakota Was Raised in Virginia & Was Remembered as Positive & Uplifting

CBS19 “confirmed one of the sailors reported missing, Dakota Rigsby, was from Fluvanna County” Virginia.

On Facebook, Rigsby wrote that he was single and from Palmyra, Virginia. He graduated from Fluvanna County High School.

“Truly a sad day. I have nothing but great things to say about Dakota Rigsby,” wrote one friend on Facebook, Ryan Boone. “One of the most positive, uplifting guys I knew in school no matter what. You will be missed by all of us and your Fluco family. Thinking and praying for your family through all of this. Thank you so much for your service to this country. Rest In Peace brother. ‘Non sibi sed patriae.'”

Another friend, Robert Celestino, wrote, “Dakota Rigsby, you were one of the greatest roomates I’ve had back in Great Lakes and an even better friend. Thanks for helping me the Halloween door decorating and even have your profile pic with part of the decoration.”

“Such a genuine and caring man. I was friends with him in boot camp and during his time in Great Lakes prior to his deployment,” wrote another friend. 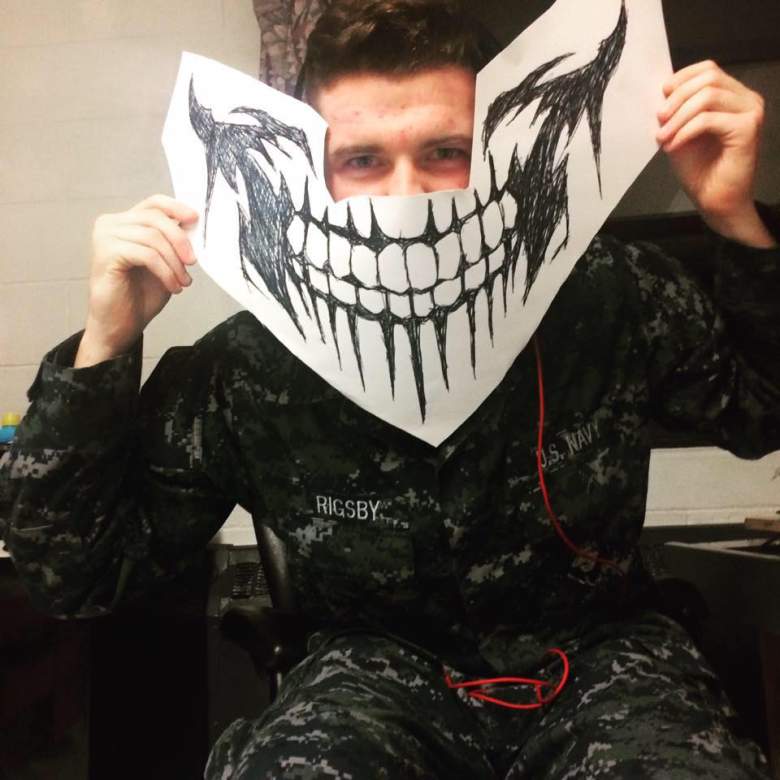 Although the family did not wish to be interviewed, according to CBS, the family asked the community for its prayers.

Many offered them, as well as tributes to Dakota on social media.

“I met Dakota Rigsby in Great Lakes. Although I wasn’t very close with him, from the small amount we talked, he was a great person. Always kind, very polite and well liked among everyone. We will miss you. Fair winds and following seas shipmate,” wrote James R. Terra on Facebook.

Churches and others had shared information about prayer meetings for Dakota before the sailors’ bodies were found.

4. The Sailors Were Discovered in a Flooded Compartment in the Destroyer

At first, after the collision between USS Fitzgerald and ACX Crystal near Japan, the seven sailors were reported as missing. Then came the tragic news.

“A number of Sailors’ bodies that were missing from the collision between USS Fitzgerald (DDG 62) and a merchant ship have been found,” the U.S. 7th Fleet reported, and CNN later reported that all seven of the missing sailors’ bodies were discovered.

“As search and rescue crews gained access to the spaces that were damaged during the collision this morning, the missing Sailors were located in the flooded berthing compartments. They are currently being transferred to Naval Hospital Yokosuka where they will be identified,” the 7th Fleet reported.

In a press conference, Vice Admiral Joseph Aucoin said USS Fitzgerald “experienced extensive damage and flooding after a collision with the Filipino container ship at 0220 local time, 17 June, approx. 56 nm off the coast of Honshu, Japan. The damage included a significant impact under the ship’s pilothouse on the starboard side and a large puncture below the ship’s waterline, opening the hull to the sea.”

Added Aucoin, “The ship suffered severe damage rapidly flooding 3 large compartments that included 1 machinery room and 2 berthing areas for 116 crew. The Commanding Officer’s cabin was also directly hit, trapping the CO inside. The crew’s response was swift and effective, and I want to point out – as we stand by the ship – how proud I am of them. Heroic efforts prevented the flooding from catastrophically spreading which could have caused the ship to founder or sink.”

The Fitzgerald’s crew is known as the “Fighting Fitz.” 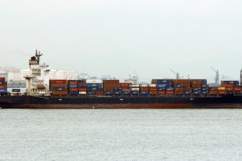 5. Dakota Rigbsy Was a Gunner’s Mate in the Navy 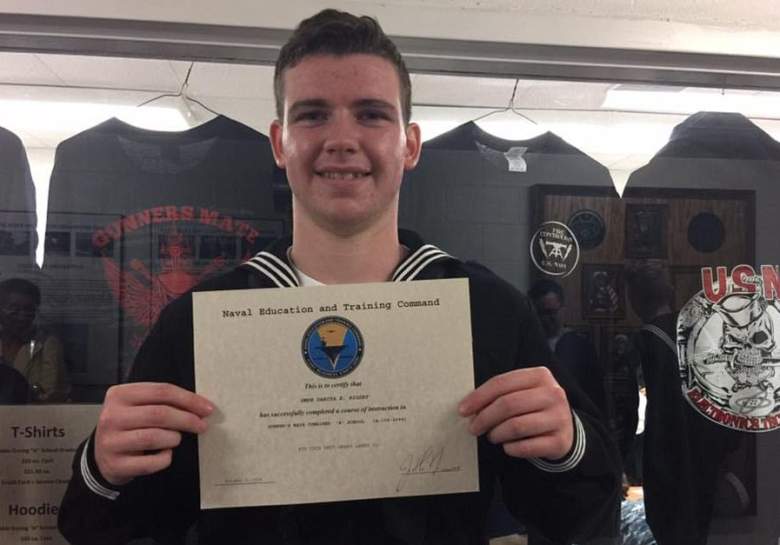 On Facebook, Rigsby listed his occupation as gunner’s mate. In 2016, a friend wrote on his Facebook page, “I’m too excited for you to get to Japan!!!!!!”

The collision is under investigation, but, according to The Guardian, the much larger ACX Crystal may have made a “sharp turn” before it collided into the Fitzgerald, causing severe damage and costing the sailors their lives. However, the company says the collision occurred early than the Navy claims, which would mean the ship turned after the collision, not before it, and may have been operating on autopilot.

“The Navy family comes together during a tragedy, and I want to thank the entire Yokosuka community rallying their support in these difficult days,” Aucoin said. “Fellow Sailors, family members, and civilian members of the Navy team were all out here last night to welcome Fitzgerald home and provide the crew and grieving families with food, blankets, clothes, and emotional support. MWR, Port Operations, NEX, USO, the Chief Petty Officer Mess, and many others pulled together to help out.”

“I ask all of you to keep the affected families in your thoughts and prayers, and respect their privacy as we work to get them the answers they deserve regarding their loved ones,” he said.

Loading more stories
wpDiscuz
0
0
Would love your thoughts, please comment.x
()
x
| Reply
Dakota Rigsby was named as one of the seven missing sailors from USS Fitzgerald. Tragically, the Navy now says all of the sailors' bodies were found.