Suzanne Taylor with her daughters, Kylie, 18, and Taylor, 21, who were found dead in their home in North Royalton, Ohio. (Facebook)

An Ohio mother and her two daughters were found dead in a home in North Royalton on Sunday in an apparent triple homicide, police say.

Suzanne Taylor, 45, and her daughters, Taylor Pifer, 21, and Kylie Pifer, 19, were discovered by Taylor Pifer’s boyfriend after they had been dead for several hours, WOIO-TV reports. Taylor and Kylie lived with their mother and were students at local colleges, according to friends and their social media pages.

Police in Brunswick, Ohio, were in a standoff Monday with a man on Valley Forge Road in connection to the case. He was taken into custody after about nine hours.

He has been identified by WOIO-TV as George Brinkman.

Police from several agencies were at the scene and officers were communicating with Brinkman, 45, to try to bring him out of the house. The standoff began about 8 p.m. Monday and ended about 6 a.m.

Brinkman is also the suspect in the killings of a North Canton couple.

Brunswick police in a standoff on Valley Forge Rd. with man in connection with the murder of three in N. Royalton. pic.twitter.com/l8M2NZDcYY

According to WJW-TV, the man knows the people who live at the house, but it is not clear if he also lives there. A woman was inside the home, but was released unharmed, police told the news station.

The U.S. Marshal’s Task Force helped in finding the man, who has not yet been identified.

Police is Brunswick say they have face to face communication with the man. They would not elaborate

The case remains under investigation and North Royalton Police have not publicly identified anyone as a suspect or person of interest. Detectives have interviewed several of people, according to police. No arrests have been made. Ohio Bureau of Criminal Investigations and FBI are assisting in the investigation.

1. Detectives Say Their Bodies Were Under Covers in the Mother’s Bed, Like They’d Been ‘Tucked In’

The call was made about 8 p.m. Sunday, but police believe the three women were killed at sometime on Saturday. They are believed to have been alive Saturday afternoon and died at some point after that.

In the 911 call, a dispatcher says, “There is someone in the house who advised that they found a body.”

You can listen to the 911 call below:

Scott Plymale, Suzanne Taylor’s boyfriend, told the 911 dispatcher that Taylor Pifer’s boyfriend was at the house.

“My girlfriend’s daughter’s boyfriend is in the house,” he said in the call. “They didn’t answer the door. He picked the lock and went in and he said the bedroom door was closed and he opened the door and he said, ‘There’s a body in here.'”

Plymale then called 911 for Kostar.

“He called me earlier and said, ‘Hey, something’s wrong, because all the cars are here and the door is locked and I don’t hear the dog.”

Plymale told the dispatcher he had been at the house on Saturday and dropped off flowers, but didn’t hear the dog barking and all the cars were there. Kostar told Plymale the flowers were still outside when he went to the house. It is not clear what time Plymale delivered the floors.

Plymale said he tried calling the three women and the calls all went to voicemail and all their cars were there.

According to Plymale, he was on the phone with Kostar, when he found the body, and Plymale told Kostar he was hanging up to call 911.

Police and firefighters responded and found the three women dead in Suzanne Taylor’s bedroom. Detective Dave Loeding told People the killer or killers appear to have targeted the women and the attack was not random. Loeding called it a “tragic” incident.

He said the three women were found in Suzanne Taylor’s bed like they had been “tucked in.”

Police said it appears Taylor and Kylie Pifer were killed elsewhere in the home and moved to their mother’s bed after they were dead.

Investigators said Taylor was stabbed prior to her death, while the causes of death for Taylor and Kylie have not been determined. Police initially said all three women had suffered gunshot wounds, but later said there was no visible sign of the daughters’ cause of death.

“There’s no gunshot wounds,” Loeding said. “It may have been implied early on. A knife was used in one death, I cannot tell you in the others because their was no visible sign how that occurred.”

No knife or other weapon was found at the scene, police said. Loeding said there were signs that pointed toward it being a triple homicide and not a murder-suicide.

“Let police work take it’s course, I know people need answers, I’d like to give you answers I don’t have, and as difficult as it is to understand, patience is really a big one here,” Loeding said. “There are many crimes where the obvious nature of what occurred is right there in front of you and I’m confident that we’re going to get much further down the road.

A closer look at the home where a mom and her two daughters were found dead inside a bedroom. No suspect named @cleveland19news pic.twitter.com/FVvXhz04D2

“But I think in this case there is a lot of pathology and there’s a lot of evidence that needs lab (testing). I think we’ll get to the conclusion,” the detective told reporters.

Investigators were at the scene for more than 12 hours. 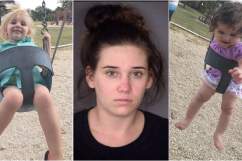 2. Brinkman Is Mentioned in the 911 Call by Taylor’s Boyfriend & Is Facebook Friends With the Victims

George Brinkman, left, is a suspect in the killings of Suzanne Taylor and her daughters, Taylor and Kylie Pifer. (Facebook)

In the 911 call made by Suzanne Taylor’s boyfriend, Scott Plymale, he mentions that he saw the three women’s cars at the home, along with a car belonging to their “friend,” George, a possible reference to the suspect, George Brinkman.

Brinkman and Taylor grew up together and have been friends for several years, according to WOIO-TV.

On Facebook, Brinkman is friends with the three victims and has liked many of their photos.

Suzanne Taylor was originally from Parma Heights, Ohio, and graduated from Valley Forge High School in 1990, according to her Facebook page.

Taylor, who also went by Sue and Susie, then graduated from Hiram College, also in Ohio, with degrees in psychology, sociology and political science.

She worked as a real estate appraiser for Forsythe Appraisals, a job she started in 2013, and as an administrator at REO Property Consultants, since 2012.

“Forty years of friendship is hard, it’s hard to let go, it’s hard to wrap my head around all of this, that she’s gone and her children are gone,” friend Rhonda Whitelock told WJW-TV. “I want to be able to remember her life and be able to talk and share some memories that are good, and I want people to know what a great person she was and how fun she was, always laughing, always positive.”

Brianna Wadsworth, a childhood friend of Taylor’s daughter, wrote on Facebook, “Suzanne is over all an amazing lady and I’m glad I got to have her in my life growing. I love you guys with all my heart but know you’ll be missed dearly.”

4. Taylor Just Finished Her Junior Year at Kent State & Kylie Was Headed Into Her Second Year at Bowling Green

Taylor Pifer graduated from North Royalton High School in 2014 and just completed her junior year at Kent State University, according to her Facebook page. She was studying fashion design there.

Her college friend, Nicole Barrett, wrote on Facebook, “My rock, my person, and my best friend. Rip to the girl who’ve I’ve learned to love country music with, to screaming Chainsmokers in the car, to our adventures at KSU. Extremely heartbroken and it won’t be the same without you Tay. Fly high love you all??”

Taylor played softball in high school and worked at the Kent State Fashion Management Store in college. She also worked at Forever 21 and The Hunt, as a fashion scout, according to her resume.

“Life’s too short to sit and wait for luck to come your way,” she wrote on her Facebook profile intro.

Kylie Pifer was going to turn 19 on June 18 and would be entering her sophomore year at Bowling Green State University in the fall.

Jay Patton, a college friend, wrote on Facebook, “Rest In Peace Kylie Pifer…you were one of the very first friends I made at BG & I will never forget you & the kindness you showed me ? I haven’t been able to stop crying since I heard the news…it still feels so unreal.”

She was studying biology at the school and was also involved in theater.

“It’s just not right and those kids were just starting out their life…they didn’t deserve it, none of them did,” family friend Rhonda Whitelock told WJW-TV.

Taylor Pifer’s friend, Brianna Wadsworth, wrote on Facebook, “Rest in peace to my soulmate and her family. We have created so many memories growing up. Taylor & I were practically inseparable. She even went to warped tour with me even tho it wasn’t her taste in music but she still found a way to make the day a blast. It’s crazy to think we talked about a week ago making plans to hang out next time I’m in town. Kylie & I went to the same college so we always found an excuse to meet up for lunch or dinner and go to different events on campus.”

In June 2016, along with a photo taken at Kylie’s high school graduation, Suzanne Taylor wrote on Facebook, “I can’t believe both of my girls are so grown up. Freshman and junior in college in the fall. I am so proud. Great kids I have.”

Taylor and Kylie Pifer, center left and right, with their father, Brian Pifer, and stepmother, Sonya Pifer, in 2010. (Facebook)

Taylor and Kylie Pifer, ages 21 and 18, lived with their mother and had been estranged from their father, Brian Pifer, for about a year, their stepmother, Sonya Pifer, told WEWS-TV.

“Leaving their father, it blindsided everybody in our families,” Sonya Pifer told the news station. “We had a great relationship, I mean, we never saw it coming. So we don’t know what happened or why.”

Sonya Pifer did not say if she knew why the girls broke off their relationship with their father, if she knew what that reason was.

N. Royalton homicide: I spoke w/ stepmother of Taylor & Kylie Pifer. She tells me girls were estranged from their father for a yr. @WEWS pic.twitter.com/YsThoQSi4l

Photos on Sonya Pifer’s Facebook page showed her with Brian Pifer and his daughters several years ago on vacations and at events.

“They were so good, they were great students, Taylor played softball, for the city and then she went on to a travel league,” Sonya Pifer said. “Kylie was involved in theater, she was going to school to be a forensic scientist. Taylor was in fashion design. They were great kids. 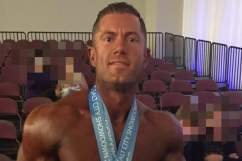 5. A Vigil Is Set for Wednesday at North Royalton High School & the Girls’ Funeral is Friday

A vigil is scheduled for Wednesday night, June 14, at North Royalton High School, at 8:30 p.m., according to WEWS-TV.

“We ask for your prayers and any assistance you can give the police in catching who did this to our beloved beauties,” the Pifer family said in a statement.

According to an obituary published in the Cleveland Plain Dealer, the funeral for Taylor and Kylie Pifer will be held on Friday, June 16, at Cuyahoga Valley Church in Broadview Heights at 10:30 a.m. A wake will be held Thursday night at the A. Ripepi & Sons Funeral Home in Middleburg Heights from 3 to 8 p.m.

The family asks that donations be made to a charity of your choice in their names.

Separate services are being planned for Suzanne Taylor, friends say.