On August 4, 2012, Sam Dreher died after being shot four times. One of those shots was to the back of Sam’s head.

It did not take authorities long to piece together the puzzle, and learn that both Sam and his wife at the time, Danielle Dreher, were having extramarital affairs. Sam had been shot by his wife’s lover, Michael Minor.

Read on to learn more about Sam Dreher.

1. He Was a Lieutenant Medic with Charlotte County Fire and EMS

Dreher was a lieutenant medic with Charlotte County Fire and EMS.

Sam rose through the ranks of the fire department quickly, and became a lieutenant by age 33. “He loved the fire services. Absolutely loved it,” Sam’s sister says, speaking to Dateline.

Danielle worked as a regional marketing director at a local hospital.

Sam and Danielle met back in 1998. The two were the “ideal young couple”, in the words of Sam’s older sister. “She was really sweet,” the sister says of Danielle. “She seemed crazy about him.”

2. Dreher’s Killer Was Having An Affair With His Wife

Michael Minor, who shot and killed Sam, had been seeing Danielle Dreher romantically for four years. While being questioned, he told police he’d met Danielle on Ashley Madison, a dating site marketed to married people. The slogan on the front page of the site reads, “Life is short. Have an affair.”

Michael told authorities that he was in love with Danielle and believed he’d found his soulmate. “I really had every intention of marrying this girl.” Michael said that on the day of the shooting, he intended to reveal his love for Danielle to Sam– man to man. He told police he brought a gun because he knew Sam was bigger with him.

During the confrontation, however, Sam turned on Michael. Michael tells police he feared for his life and closed his eyes, pulling the trigger.

3. Michael Minor Was Sentenced to 30 Years in Prison for Dreher’s Murder

In November 2014, Michael Minor was sentenced to 30 years in prison for second-degree murder. He pleaded no contest in Dreher’s death.

Speaking to Dateline cameras, authorities said, “Dianne admitted they were boyfriend girlfriend. She said they had only been dating for a few months, and stated that they were in love… there’s some infidelity going on.”

Michael had showed up at Dianne’s door more than once in the past. Just weeks before he shot Sam, he came to Dianne’s door saying he needed to inspect the pipes in her apartment. Days later, Dianne saw the strange man peering up at her from the ground floor.

After the shooting, Dianne told authorities about the strange man who kept appearing at her apartment complex. She told police that this was the same man she saw just moments after hearing the gunshots that killed Sam.

Michael confessed to killing Sam at the scene as soon as police arrived. He explained that the incident was an accident– saying he “didn’t intend to pull that trigger.” Detectives were skeptical, seeing as Minor shot Sam four times.

4. Sam Was Involved in a Relationship with Dianne McKnight

Dianne McKnight, the woman who Sam was having an extramarital affair with, tells Dateline that she never saw herself as the kind of person capable of having an affair. She explained that the affair began with a simple encounter at a local bar.

At the time, Sam had been married to Danielle for 13 years. Dianne says she felt very guilty about the affair, but she was already having issues in her marriage. “I just thought, if I’m doing this, my marriage is already over.” A few months after she became involved with Sam, she told her husband she wanted a divorce. He agreed.

5. Danielle Dreher Was Sentenced to 3 Years for Her Role in the Burglary

FacebookSam took this photo of himself on August 3, 2012. The caption read, “Me in the Hott Seat.”

In August 2015, Danielle, now 44, was sentenced to three years in prison for her role in the burglary. She has not been charged for her involvement in her husband’s murder.

In trial, Danielle addressed the court herself, saying, “As I look back at the summer of 2012, it is painfully evident to me every day that my life was complete chaos… My state of mind at that time was up and down. I was emotionally reactive rather than logically thinking.” 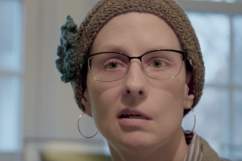