Ashley Meyer, a 33-year-old teacher from Louisiana, is accused of having “sexual relations” with a juvenile male.

According to WBRZ-TV, the accusations occurred in the Livingston Parish School System, which declined to comment to the television station. Meyer is but the latest in a string of female teachers who have been accused of having inappropriate relationships with underage males across the United States. She was a teacher at Albany High School.

1. Meyer Is Accused of ‘Three Counts of Carnal Knowledge’

The accusations against Meyer came to light on January 22, 2018, according to The Advocate. She “was booked into Livingston Parish jail on three counts of carnal knowledge of a juvenile for acts that occurred since February 2016,” the newspaper reported.

Authorities had not released many details, including about whether the juvenile involved was a student at Albany High School, the school where Meyer was a high school teacher. You can see another photo of Ashley Meyer here. 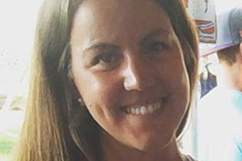 2. Meyer Was Previously a Junior High School Teacher & Wrote That She Had the ‘Greatest Job in the World!’

She added, “I love to read! My top five favorites of all time: The Iliad, The Odyssey, The Hunger Games series, Wuthering Heights, and The 5th Wave series. I also love Panic, Night, the Delirium series, The Crucible, Speak, and The Mortal Instruments series.”

School Board meeting agendas shed some light on Meyer’s previous work history, according to The Advocate. They “indicate Meyer started working at Albany High School in August 2014. Before that, she was a teacher at Juban Parc Junior High School since August 2011, according to school board agendas,” the newspaper reported.

In 2013, the Livingston Parish News quoted Meyer in an article about the implementation of Common Core standards. “A lot of it has to be outside sources,” Ashley Meyer was quoted as saying, “whether it’s buying a biography or an autobiography for the class or buying another type of informational magazine, like a Scope Magazine or a Scholastic. You can bring it in and use it as a supplement.” The newspaper identified her at the time as a “7th grade Juban Parc Junior High ELA teacher.”

3. Meyer Is Accused of Meeting With the Male Three Times

The Livingston Parish Sheriff’s Office “reported it began investigating the case Monday after receiving a complaint involving a sexual relationship between an adult and a minor,” reported WAFB-TV.

“Through investigation, evidence led detectives to Ashley Meyer,” Sheriff Jason Ard said, according to the television station. “Evidence suggests that starting in February of 2016, Meyer had sexual relations with a male juvenile on at least three separate occasions.”

4. Meyer, Who Was Released From Custody, Wrote That She Was a Fan of the ‘Walking Dead’ & Jolly Rancher Candy

She also described some obsessions, noting, “I am obsessed with fonts, color coding, and organizing. I love green tea ice cream, chap stick, collecting quotes, the smell of fall and bond fires, and clean teeth (I brush and floss CONSTANTLY).”

According to WBRZ-TV, it did not take long for Meyer to bail out of jail. She was already out of custody by January 23, 2018, the television station reported.

“Meyer posted a $75,000 bail and bonded out of jail Tuesday,” reported WBRZ. Officials said in a news release that they would not release many details on the case because it allegedly involves a juvenile. On her school website, under the section for family, she said that her dad had moved away from Louisiana for a time due to Hurricane Katrina, and said she had a cat named Loki, writing, “He’s named after the Norse god of trickery because I never wanted a cat-he tricked me into keeping him!”

5. Multiple Female Teachers in the United States Have Been Accused of Sex-Related Allegations

Over the past two years, many female teachers have been accused of having sex or an inappropriate relationship with a high school student. Dori Myers, a teacher in the Bronx, was accused of having oral sex with a juvenile, charges she denies.

Loading more stories
wpDiscuz
0
0
Would love your thoughts, please comment.x
()
x
| Reply
Ashley Meyer, a teacher in Livingston Parish School System in Louisiana, is accused of having sexual relations with an underage male.