Getty Jeff Gillooly, ex-husband of figure skater Tonya Harding, listens to questions from cameramen 15 January 1994 after picking up the mail outside the rural cabin the couple shared.

For those paying attention in the 1990s, Jeff Gillooly was one of the decade’s top villains: The slippery-seeming, mustachioed ex-husband of figure skater Tonya Harding was a key character in the true-crime caper in which Harding’s rival Nancy Kerrigan was kneecapped.

Others were first introduced to Gillooly by the 2018 movie I, Tonya, which hardly paints him as a sympathetic figure, although the film repeatedly cuts to scenes of a modern-day Gillooly denying claims of wife beating. The Harding/Kerrigan drama heralded a new 24-hour news hole and cable news’ penchant for turning true crime dramas into serial narratives. Gillooly’s 15 minutes of infamy were again extended on January 11, 2018 when ABC aired a program called Truth and Lies: The Tonya Harding story, which recounted the pair’s troubled romance and painted him as a controlling and negative influence in her life. Harding reiterated claims of alleged wife beating, describing Gillooly as an abusive husband. Gillooly told ABC News in a statement that Harding told lies.

That all has a lot of people wondering: Where is Jeff Gillooly today? Is he still in touch with Tonya Harding, who is now 47 and married with a child? At the end of the movie, it’s revealed that Gillooly has changed his name to avoid the curse of tabloid infamy. He’s now known as Jeff Stone, viewers are told.

Figure skater Tonya Harding waves to cameramen through her car window 15 January 1994 as she and ex-husband Jeff Gillooly drive up to her rural cabin.

Deadspin tracked down Jeff Gillooly AKA Jeff Stone in 2013 and found that his life took more turns for the worse in the 20 years after the scandal, including “a restraining order filed by his ex-wife; a restraining order filed against his ex-wife; arrests on charges of assault, DUI, and driving with a suspended license, according to court records. His woes weren’t all criminal: He has declared bankruptcy, been sued nearly a dozen times, and is currently on his third marriage, to Christy Novasio, with whom he’s been in a relationship for 11 years. His ex-wife, Nancy Sharkey, was a drug addict who committed suicide in 2005 by jumping headlong from a third-floor fire escape at a Memphis rehab clinic.”

According to Deadspin, Gillooly became a car salesman and shaved off his trademark mustache.

Gillooly and Nancy had two children together and ran Nancy Nicole’s Tanning and Beauty salon in Portland, Oregon.

If you forgot how the knee-capping caper went down, it was a bumbling Fargo-style plot allegedly involving Gillooly and a group of his goons. The movie leaves it an open question the degree to which Gillooly and Harding were really involved. They didn’t do the knee-capping; it was another man who took a metal baton and whacked the leg of Nancy Kerrigan, the goody-two shoes ice princess who was Harding’s figure skating rival. In the end, Harding pleaded guilty to “conspiring to hinder prosecution” and faded into a life of female boxing and general obscurity. Gillooly received the stiffest sentence of the group: Two years in prison. The other men involved, Shawn Eckardt, Shane Stant and Derrick Smith, each received 18-month prison terms.

GettyTonya Harding and Margot Robbie attend NEON and 30WEST Present the Los Angeles Premiere of “I, Tonya” Supported By Svedka on December 5, 2017 in Los Angeles, California.

The actor who played Gillooly in the movie, Sebastian Stan, met with the real man. “I think he saw a picture of me as him with the mustache, and he wrote to me and he said something like, ‘Well, nice mustache! You might bring that into fashion, something I never could have done,’” Stan told Entertainment Online. “It was funny.”

GettyUS figure skaters Tonya Harding (L) and Nancy Kerrigan avoid each other during a training session 17 February in Hamar, Norway, during the Winter Olympics. Kerrigan was hit on the knee in January 1994 during the US Olympic Trials.

According to Town and Country, Harding and Gillooly married when she was 19 and divorced after three years. She’s now married to her third husband, and they have a son together. Tonya’s real-life mother Sandy Golden, the real villain of the movie, disputes she was abusive and says her daughter hates her, and they have been estranged for years.

Where is Nancy Kerrigan today? She spends her time focusing on motherhood and appeared on Dancing With the Stars.

.@sffcc's @ExcessFaggage: "There’s only a few hours left but I’m still hoping Santa will bring #SebastianStan the acclaim he deserves as Jeff Gillooly in @ITonyaMovie." pic.twitter.com/23wzV6TK1P

As for the others? Shawn Eckardt, the burly bodyguard with the spy complex who helped hatch the plot, died young. The former Harding bodyguard died at the age of 40 in 2007 of natural causes, according to his obituary in The New York Times. The obituary reports that, when Eckardt died, he was living in Beaverton, Oregon. After the attack, he changed his name to Brian Sean Griffith. For a time, he started a computer company, but it failed.

Shane Stant, the man who actually delivered the baton to Kerrigan’s knee, turned his life around and tried unsuccecssfully to convince a judge to expunge his conviction so he could try to become a Navy Seal. According to ESPN, Stant had moved to Southern California, where he embarked on a career in marketing. Online records show that he still lived in California in 2017. He’s stayed out of the public eye. 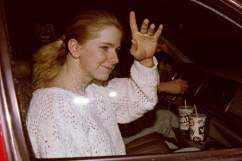