Elaine Herzberg has been identified as the pedestrian who tragically died after being hit by a self-driving Uber in Arizona. This is likely the first pedestrian fatality involving a self-driving car. This is a developing story. Read on for more details.

1. Elaine Herzberg, 49-Years-Old, Was a Mother and Graduate of Apache Junction High School

The woman who was killed by a self-driving Uber was Elaine Herzberg, the Tempe Police Department announced. The 49-year-old was transferred to a local hospital after she was hit and died of her injuries. The accident happened around 10 p.m. on Sunday evening. Additional details about Herzberg have not yet been released, but according to her Facebook accounts, she became a mother at 15 and 18, and stayed active in her community, often staying in contact with a close circle of friends. She graduated from Apache Junction High School in 1985.

The Tempe Police Department have possession of the vehicle, and Uber has not yet been able to analyze data from the car’s sensors to see what happened during the crash. The data will determine if the car was at fault. Typically, the company overseeing a self-driving car comes to the scene of an accident to help determine what happened, Recode reported.

2. She Was Walking Her Bike Across the Street Outside a Crosswalk Near Mill Avenue & Curry Road

Officials said that Herzberg was walking her bike across the street, outside a crosswalk, when she was hit, ABC 6 reported. The crash occurred near Mill Avenue and Curry Road, ABC 15 reported. The Uber was heading north and the woman was crossing from west to east when she was hit. This is a general look at the area where the accident occurred. You can view it on Google Maps here.

Police have not provided any additional details about the crash, as of the time of publication.

3. A Driver Was Behind the Wheel of the Uber and Was Looking Down Right Before the Accident

Although the Uber that hit Herzberg was in Autonomous mode, this doesn’t mean the car was completely self-driving with no one inside. A driver was behind the wheel and could have taken control of the car at any time, Slate reported. The Tempe Police Vehicular Crimes Unit just released a video of the accident showing both the interior and exterior views. Due to the graphic nature of the collision, the video does not include the impact itself. You can see the vehicle operator looking down just before the collision. However, it’s not clear what the requirements are for back-up drivers or if they are supposed to keep their eyes on the road at all times.

Warning: The video may be disturbing to some. It shows the immediate moments before the crash, including the woman walking in front of the car just before impact.

4. Arizona Has the Highest Rate of Pedestrian Deaths in the Country

GettyPilot models of the Uber self-driving car is displayed at the Uber Advanced Technologies Center on September 13, 2016 in Pittsburgh.

After the news of the accident, Uber announced that it’s pausing tests of its autonomous vehicles in Pittsburgh, San Francisco, Toronto, and Phoenix. A spokesman said in a statement: “Our hearts go out to the victim’s family. We are fully cooperating with local authorities in their investigation of this incident.”

Uber has been testing autonomous vehicles in Tempe since 2016. It was temporarily blocked from operating in San Francisco after a car ran a red light, but it has since returned to the city and expanded its autonomous program.

5. An Autonomous Uber Was in a Crash in Tempe in 2017, After Another Vehicle Failed to Legally Yield

In March 2017, Uber temporarily suspended its self-driving program after an autonomous vehicle was in a crash, VentureBeat reported. The driver of another vehicle had failed to yield to the Uber vehicle while making a turn, and the two cars hit each other. The Uber rolled on its side in the accident. There were no serious injuries. Two safety drivers were in the Uber, which was in self-driving mode.

The National Transportation Safety Board has opened an investigation into Herzberg’s death and is sending a team to Tempe, Bloomberg reported. The NTSB rarely investigates traffic accidents, but is keeping a close eye on autonomous accidents. It investigated the 2016 Florida accident involving a Tesla and partially faulted Tesla’s Autopilot system for the fatal crash. In that case, a driver using Tesla autopilot died when his car drove into a tractor-trailer. 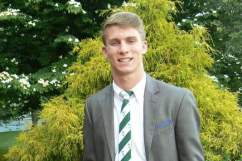