A recent altercation between a man accused of being a member of The Proud Boys and a group of angry protesters in Oakland at a rally is making the rounds on Twitter Tuesday after video surfaced of a man being attacked by a mob of people.

The Proud Boys say on their website they are,”a men’s organization founded in 2016 by Vice Media co-founder Gavin McInnes. McInnes has described the Proud Boys as a pro-Western fraternal organization for men who refuse to apologize for creating the modern world; aka Western Chauvinists.” They deny being white supremacists, white nationalists or an alt-right group, but the Southern Poverty Law Center and others define them as a hate group.

The Proud Boys say, “We do not discriminate based upon race or sexual orientation/preference. We are not an ‘ism,’ ist,’ or ‘phobic’ that fits the Left’s narrative. We truly believe that the West Is The Best and welcome those who believe in the same tenets as us. We have an international reach, with members spanning the globe.”

But activists in the black community and on the left see them as a violent threat, and that is what led to the confrontation in Oakland.

“An alleged member of the white supremacist group The Proud Boys got caught slippin’ during the rally in Oakland yesterday,” user Tariq Nasheed wrote on Twitter after posting a video of a violent confrontation between the group and the unnamed alt right member.

An alleged member of the white supremacist group The Proud Boys got caught slippin’ during the rally in Oakland yesterday #townbusiness #ogun pic.twitter.com/nZL9L57fSH

Bystanders can be heard shouting “f–k that n–ga, f–k his a– up” while somebody tapes the confrontation. Police sirens are heard blaring in the background as the crowd continues to viciously pummel the unnamed man.

Hundreds of protesters gathered for a vigil and rally at MacArthur BART for Nia Wilson, an 18-year-old African American girl who was stabbed to death by a white man in Oakland on June 22. BART police arrested the alleged suspect, John Cowell, on Monday evening. Nia’s sister Latifah was also stabbed, but survived. Many speculate the attack was a hate crime.

The vigil began near the MacArthur BART gates with chants of “No Justice! No Peace!” and “Justice for Nia!” Speakers called on the crowd to take action to defend and protect Black women, and support the grieving family of the Wilson sisters, according to Indybay.

Proud Boys proclaimed a meet-up at Make Westing in downtown Oakland for tonight, and a white man stabbed 2 Black women, one fatally, last night at MacArthur BART. This is the rally and march to Make Westing following the vigil for #NiaWilson. pic.twitter.com/IjKz7ElvzH

Protests quickly turned violent and the altercation between a crowd of protesters and the unnamed bystander was caught on video, which has been shared on Twitter several hundred times as of Tuesday morning.

According to Twitter user Lauren Wheeler, the Proud Boys “proclaimed a meet-up at Make Westing in downtown Oakland,” after news of the protests against Nia Wilson’s death spread across social media.

People in Oakland are gathered in front of the Make Westing bar, where the white supremacy group the Proud Boys are supposed to meet up tonight pic.twitter.com/Ls4qiP1Ejj

The final destination was pretty dramatic. We stopped at the bar that everyone was already planning on rallying together at to prevent Proud Boys from making an appearance. #SayHerName #NIAWILSON pic.twitter.com/0ZnmLMflEl

However, as the video made it’s rounds on social media, several people claim that the Proud Boys had never actually planned to hold a meeting in Oakland that day.

According to AMERICAN SHOWvinist, the man attacked in the video was not part of the Proud Boys group, and the rumor was allegedly spread by Oakland Mayer Libby Schaaf.

“This was NOT @ProudBoysUSA. This lie originated with Oakland mayor @LibbySchaaf due to an anonymous post on reddit. @ProudBoysCA did NOT plan/hold a meeting in Oakland last night. This bystander was violently attacked because of a lie spread by blogger @BrokeAssStuart,” AMERICAN SHOWvinist said on Twitter.

Schaaf had retweeted a post about the alleged meetup, writing, “We refuse to be intimidated and will not back down or stand by quietly as racist hate groups threaten violence and bring messages of hate to our neighbors.”

This was NOT @ProudBoysUSA. This lie originated with Oakland mayor @LibbySchaaf due to an anonymous post on reddit. @ProudBoysCA did NOT plan/hold a meeting in Oakland last night. This bystander was violently attacked because of a lie spread by blogger @BrokeAssStuart.

According to AMERICAN SHOWvinist, “ProudBoysUSA are NOT ‘alt-right.’ The yahoos that make up the alt-right are WHITE nationalists and supremacists. There is absolutely NO racial element to being a Proud Boy. We are merely American nationalists that oppose illegal migration.” Several people supporting the Proud Boys have confirmed that the group is made up of people from many different racial backgrounds and is not connected to any alt right ideals. But others, like the SPLC, dispute that.

“Their disavowals of bigotry are belied by their actions: rank-and-file Proud Boys and leaders regularly spout white nationalist memes and maintain affiliations with known extremists. They are known for anti-Muslim and misogynistic rhetoric. Proud Boys have appeared alongside other hate groups at extremist gatherings like the “Unite the Right” rally in Charlottesville,” the SPLC says.

The Anti-Defamation League says, “The Proud Boys, an alt lite, right-wing activist group founded by Gavin McInnes and dedicated to “Reinstating a Spirit of Western chauvinism,” is a good example of a group toeing that line; some of their members support alt right figures and events, while others have made a point of steering clear of anything associated with white supremacist beliefs.”

As news broke of Wilson’s death Sunday evening, the suspect’s initial description was only that he was a white male. Nearly 12 hours later on Monday afternoon, BART tweet-released photos of the suspect, 27-year-old John Cowell with the message, “RIP Nia Wilson. We will bring this suspect to justice.” At a press conference, BART’s Police chief called the attack “vicious.” Cowell was apprehended late Monday.

Activist and Oakland Mayoral candidate Cat Brooks said the attack was not “random,” but part of the “year-long invasions by white supremacists and fascists coming to the Town,” according to Indybay. The stabbing occurred on the eve of a planned white supremacist “Proud Boys” gathering scheduled for Monday and August 5, which has further incited the speculation that the attack was a premeditated hate crime.

Brooks also told Indybay that the attack on the Wilson sisters was just another example of rising violence experience by African American girls in Oakland every single day. She noted that black women and girls are highly trafficked in the sex industry, “pimped” out by traffickers in the city and often sexually assaulted by police officers. 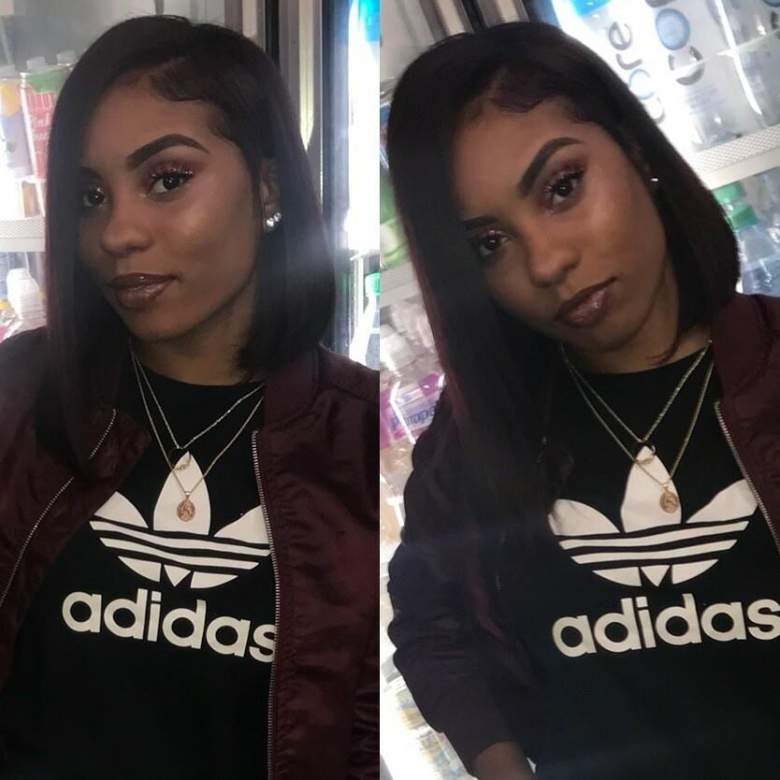 Brooks added, “If a Black man had stabbed a white little girl, he would already be in custody.”

The name of the man who was attacked has yet to be released.

Loading more stories
wpDiscuz
0
0
Would love your thoughts, please comment.x
()
x
| Reply
A man accused of being a member of the group The Proud Boys was violently beaten at an Oakland rally protesting the death of an African American girl killed on June 22.