Christopher Nixon Cox, the grandson of Richard Nixon, might be joining the Trump administration as an economic staffer.

Christopher Nixon Cox, the grandson of the late President Richard Nixon, could be joining the Trump administration in the coming days, according to a breaking report by Bloomberg.

Nixon’s role would reportedly be as an economic staffer of sorts, providing aid to Trump on China. More specifically, Bloomberg reports that Cox would most likely take over the China portfolio on the National Economic Council, an especially important position giving the escalating trade war between China and the United States.

1. Cox Endorsed Trump in July, 2016, Because He Thought Hillary Clinton’s Plans for the Country Were ‘Frightening’

In conversation with The Boston Herald, Cox was an endorser of Trump in the summer of 2016 partially because he thought Hillary Clinton’s plans for the country were “terrifying.”

He said, “With Trump, you know you’re going to get a businessman who has succeeded in the real world and knows how to balance budgets and said that he’ll cut taxes. So I think if you take that vision, versus the vision that the Democrats are offering, I think that Trump provides a much better option.”

2. Cox Has Run for Office Previously as a Republican, But Placed Third in the Primary

RT @FOX25_Politics: Richard Nixon's grandson is running for office. Christopher Nixon Cox wants to be the next U.. http://bit.ly/9seeSD

In 2010, a then 30-year-old Cox ran for the U.S. House of Representatives in New York’s 1st congressional district. He was one of six Republicans looking to unseat the four-term Democratic U.S. Rep Tim Bishop, at the time.

When asked if he had seen the impact of his grandfather’s legacy in his own political endeavors, Cox told CBS, “I’ve honestly only seen upside at this point. Wherever we go people say that my grandfather was their favorite president.”

In regards to his grandfather’s resignation from office, Cox said, “I think bringing up the 1970s is great if you’re sitting in a history class, but these are serious times and we need somebody who is going to seriously delve into policy issues and not talk about history.” Cox ended up third in the primary for the Republican vote, and did not run for office again.

3. Cox Was in Consideration to Be the U.S. Ambassador to China in 2016

Christopher Nixon Cox, grandson of Richard Nixon, is being lined up to be Trump’s ambassador to China https://t.co/987IYoWiPH

According to The New York Post, Cox was being seriously considered for the Ambassadorship to China after Trump was elected president in 2016. He also joined Trump at Mar-a-Lago for Thanksgiving dinner that year. However, Trump eventually selected Terry Branstad to be the Ambassador to China, in January of 2017. Branstad previously served as the governor of Iowa.

4. Cox Was Married to the Daughter of a Democrat Billionaire for Three Years Before They Divorced in 2014 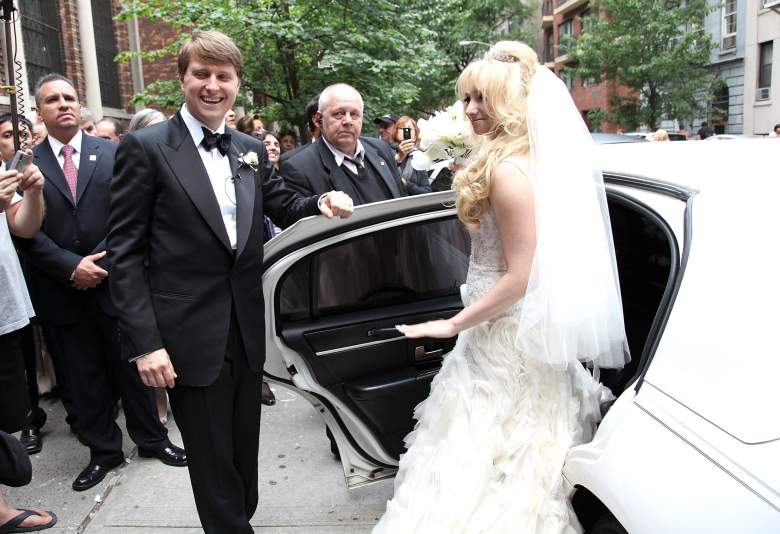 Christopher Nixon Cox holds the door open for Andrea Catsimatidis at their wedding in 2011. (Getty)

Cox was married to Andrea Catsimatidis from 2011 to 2014. Catsimatidis is the daughter of Democrat billionaire John Catsimatidis, who owns New York’s largest supermarket chain and has close ties with the Clintons.

The couple reportedly met when Catsimatidis was 17 years old and Cox was working for the late Senator John McCain. An excerpt from The New York Times on their relationship reads,

RICHARD NIXON could never have scripted it — that it would take a Democrat to help his avowedly Republican oldest grandson fall head over heels in love. Yet that is what fate had in store in April 2008 for Christopher Nixon Cox, then 29 and working for Senator John McCain’s presidential campaign.

Mr. Cox appeared on a debating panel at the Hewitt School on the Upper East Side, arguing the Republican position against Representative Carolyn B. Maloney, the New York Democrat. Later, Ms. Maloney had a Hewitt senior that she knew, Andrea Catsimatidis, ushered to the stage.

Ms. Maloney and Mr. Cox were chatting when Ms. Catsimatidis arrived, so Ms. Maloney introduced them. “Chris went on talking to Andrea,” Ms. Maloney recalled.  “And he hasn’t stopped.”

5. Cox Is From New York & Attended Princeton for College

Cox was raised in New York, and went to Princeton as an undergraduate. He then went on to NYU for law school, and also received a business certificate from the Stern School at NYU.

Read More
Politics
Follow Heavy ↓
Christopher Nixon Cox, the grandson of Richard Nixon, might be joining the Trump administration as an economic staffer.