Getty Maurice Cohen is helped by family members as he leaves after the sentencing of his son, Michael Cohen, at federal court on December 12, 2018 in New York City.

Maurice Cohen is the father of President Donald Trump’s former so-called “fixer,” Michael Cohen. He is a Holocaust survivor and retired surgeon.

The elder Cohen reportedly urged his son to testify against President Trump.

In his testimony before the House Oversight Committee on February 27, 2019, Michael Cohen included in his opening statement, “My father survived the Holocaust thanks to the compassion and selfless acts of others. He was helped by many who put themselves in harm’s way to do what they knew was right. That is why my first instinct has always been to help those in need. Mom and Dad…I am sorry that I let you down.”

A personal turning point for Mr. Cohen was a conversation with his father, Maurice Cohen, a Holocaust survivor. Mr. Cohen’s father urged him not to protect the president, saying he didn’t survive the Holocaust to have his name sullied by Mr. Trump, https://t.co/fCPxIE1ujd

Maurice Cohen is reportedly the person who urged his son to turn on President Trump. Michael Cohen once stated that he would “take a bullet” for Donald Trump, but eventually agreed to cooperate with prosecutors.

The Wall Street Journal cited a source who claimed to have information about a conversation Michael Cohen had with his father. The newspaper reported in August of 2018 that Maurice Cohen “urged him not to protect the president, saying he didn’t survive the Holocaust to have his name sullied by Mr. Trump.”

The elder Cohen has continued to show support for his son amid the legal troubles. He was in the courtroom the day Michael was sentenced to three years in prison for tax evasion, a campaign finance violation and lying to Congress. He told CBS News at the time, “I’m dizzy. My world is spinning out of control.”

Maurice Cohen (C) is helped by family members as he leaves after the sentencing of his son, Michael Cohen, President Donald Trump’s former personal attorney and fixer, at federal court on, December 12, 2018 in New York City.

Maurice Cohen was born in Poland. An online search of records lists his birthday as August 18, 1935, making him 83 years old.

Cohen and his family were imprisoned by the Nazis in a concentration camp during the Holocaust but managed to survive.

Records suggest that Cohen moved to the United States during the 1960s. An online search shows that Maurice Cohen was issued a social security number in either 1963 or 1964 in the state of New York.

3. Maurice Cohen Was a Surgeon & His Wife, Sondra, Worked as a Nurse

Maurice Cohen worked as a surgeon. He specialized in Otorhinolaryngology, which deals with ears, nose and throat conditions.

Dr. Cohen appears to have earned his medical degree from the University of Toronto and graduated in 1959. His wife, Sondra, was also in the medical field as a nurse.

An online search of records shows he was affiliated with Long Island College Hospital, the Brooklyn Hospital Center, and the Kingsbrook Jewish Medical Center. Dr. Cohen does not appear to have continued practicing medicine since moving to Boca Raton, Florida. 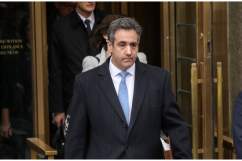 Maurice and Sondra Cohen raised their sons, Michael and Bryan, in Lawrence, New York. It is a village in Nassau County on Long Island.

According to the Long Island Herald, Michael Cohen attended a Jewish Day School called Hillel. The school is now part of the Hebrew Academy of the Five Towns and Rockaway. He had his bar mitzvah at the Congregation Beth Sholom in Lawrence.

A property search of homes in Palm Beach County, Florida, confirms that Maurice and Sondra Cohen own a home in the area. They purchased the house in September of 2003 for $630,000. It was built in 1989 and has 3,415 square feet. 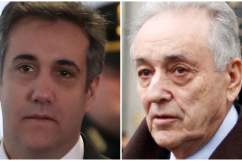 Michael Cohen: I Let My Father, Maurice Cohen, Down