Joseph Robinette Biden III is the eldest son of the 2020 Democratic Presidential candidate and former Vice President Joe Biden. Biden, known as Beau, was born on February 3, 1969 in Wilmington, Delaware to the elder Biden and his then-wife Neilia, according to the New York Times.  Beau’s mother died in 1972 along with his one-year-old sister, Naomi, in a car accident after her car was hit by a tractor trailer. Biden and his younger brother, Hunter, were injured during the car crash but survived, the Times wrote.

Biden graduated from Syracuse University with a law degree in 1994, according to Syracuse.com. He served two terms as Delaware’s Attorney General after being elected in 2006, Delaware Online reported, and was also a major in the Judge Advocate General’s Corps, according to the Times. Biden had plans to run for governor in 2016 in Delaware, the Times noted, but those plans didn’t come into fruition due to his health declining. He died on May 30, 2015 of brain cancer at the age of 46, the Associated Press reported.

Biden’s military career was mentioned during the Presidential Debate on September 29, 2020. He joined the Delaware Army National Guard in 2003 and became a member of the National Guard’s 261st Signal Brigade, according to Delmarva Public Media. In 2005, he was promoted to captain.

On August 26, 2021, after the attacks in Afghanistan killed 12 U.S. service members, Biden brought up Beau.

President Biden said in a news conference that the dead service members were “standing guard at the airport…These American service members who gave their lives are… heroes.. engaged in the selfless mission to save the lives of others.”

Biden brought up his deceased son Beau, who served in Iraq, saying, Beau Biden “was diagnosed with an aggressive and lethal cancer of the brain. We have some sense like many of you do what the families of these brave heroes are feeling today. Feeling like you’re being sucked into a black hole in the middle of your chest. There’s no way out. My heart aches for you.”

Here’s what you need to know about Beau Biden’s military career: 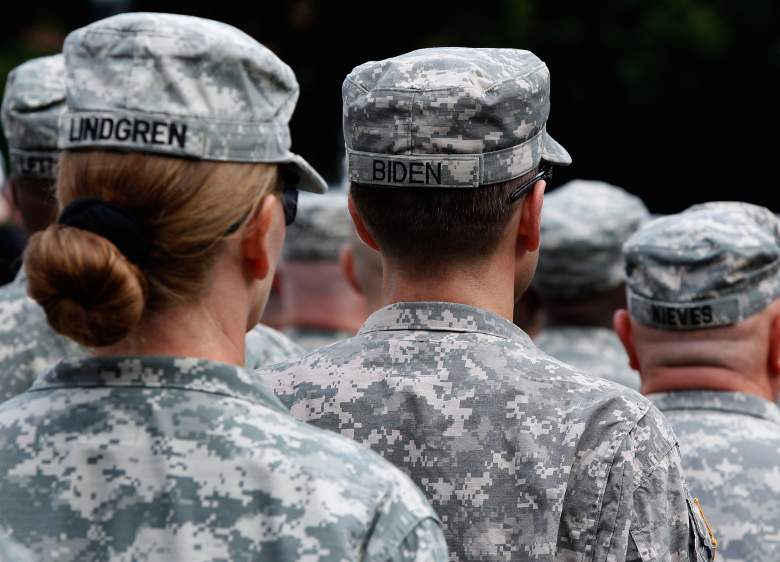 Biden served in Iraq for a year after being deployed in 2008, The Independent reported. From October 2008 to September 2009, he served as a judge advocate general, The Atlantic noted. While in Iraq, Biden didn’t resign from his position as Delaware’s Attorney General while in Iraq.

While Biden was in Iraq, his father was running for Vice President of the United States alongside then-Presidential candidate Barack Obama. During one of his campaign speeches, Biden said he wasn’t in favor of his son heading overseas.

“He’ll go. I don’t want him going,” he said while campaigning according to The Atlantic. “But I don’t want my grandsons or granddaughters going back in 15 years, so how we leave makes a big difference.”

Despite not wanting his son to go, Biden gave him his well wishes as he spoke at his deployment ceremony.

“My heart is full of love and pride,” Biden said according to CNN. “You are the best demonstration of both our nation’s greatness and our people’s goodness. Let me simply say, thank you, thank you for answering the call of your country. So stay strong, stand together, serve honorably. May God bless you and may he protect you.” 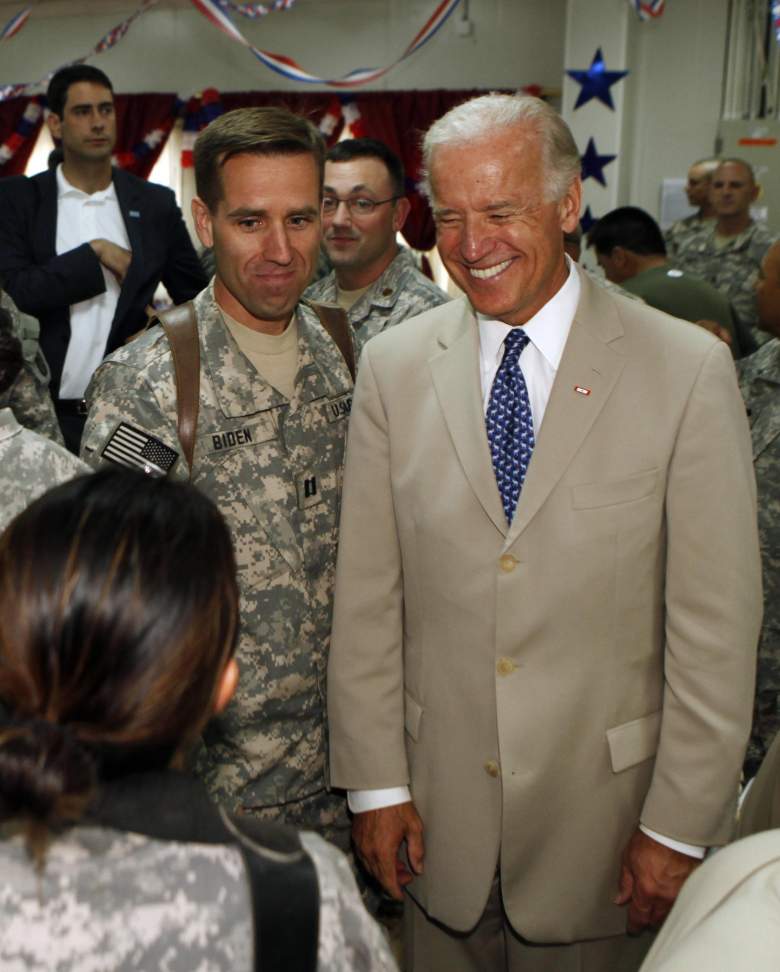 Beau Biden was a member of the 261 Signal Brigade. According to the Review Atlas, this unit was “the first National Guard unit to maintain the military’s signal and communications network in Iraq, replacing an active duty Army unit that has been in the war zone for the past year.” They were also known as the 261st Theater Tactical Signal Brigade. ABC reported that Beau served as a military lawyer in this unit. 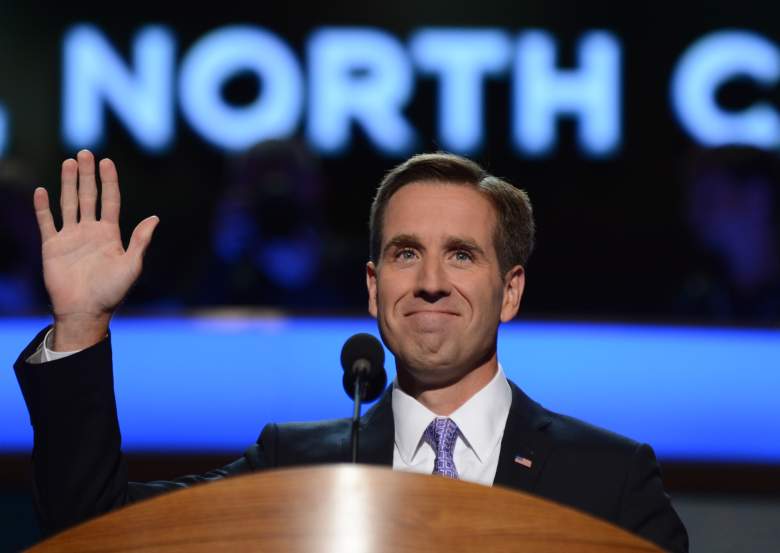 GettyAttorney General of Delaware and Son of Vice President Joe Biden Beau Biden waves at the Time Warner Cable Arena in Charlotte, North Carolina, on September 6, 2012 on the final day of the Democratic National Convention (DNC). US President Barack Obama is expected to accept the nomination from the DNC to run for a second term as president. AFP PHOTO Robyn BECK (Photo credit should read ROBYN BECK/AFP/GettyImages)

After a year of service in Iraq, Biden was awarded the Bronze Star Medal, which his father noted during the Presidential Debate. The Medals of America wrote that this is the fourth-highest award and signifies “sacrifice, bravery and honor while serving their country.” It became an official military honor in 1944 during World War II after being authorized by President Franklin D. Roosevelt. According to Veteran Medals, in order to qualify for this award, a member of service must have “distinguished himself or herself by heroic or meritorious achievement or service, not involving participation in aerial flight, while engaged in an action against an enemy of the United States, while engaged in military operations involving conflict with an opposing foreign force or while serving with friendly foreign forces engaged in an armed conflict against an opposing armed force in which the United States is not a belligerent party.” 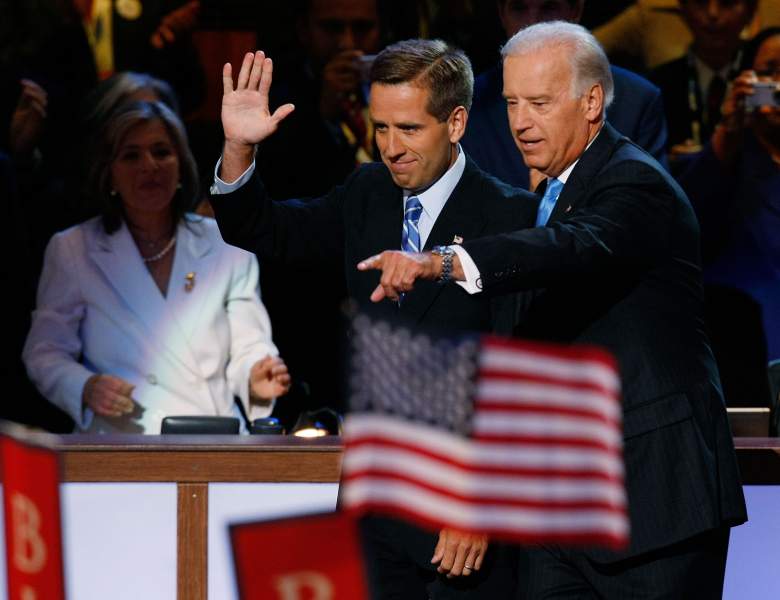 During an interview on PBS Newshour in 2018, Biden revealed that he learned his son was exposed to toxic fires while serving in Iraq. He said he became aware after reading The Burn Pits: The Poisoning of America’s Soldiers by former Army Staff Sergeant Joseph Hickman, who mentioned the younger Biden in one of the chapters. After reading this book, he shared that he believes these fires played a role in Biden’s cancer diagnosis.

“Science has recognized there are certain carcinogens that when people are exposed to them, depending on the quantities and the amount in the water and the air, can have a carcinogenic impact on the body,” he told Judy Woodruff.

In the book, Hickman noted that while working in Kosovo in 1999, Biden was also exposed to the fires. He added that he wasn’t aware that Hickman was going to be mentioning his son in the book.

“There’s a whole chapter on my son Beau in there, and that stunned me,” he continued. “I didn’t know that.”

Watch the interview below.

5. A National Guard Headquarters in Delaware is Named After Beau Biden 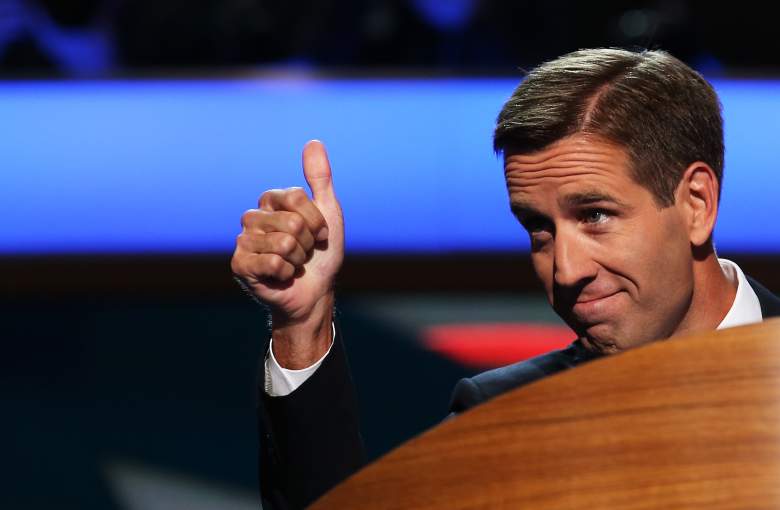 According to the Associated Press, it was announced in 2015 that the National Guard headquarters in New Castle, Delaware was renamed after Beau Biden. It was renamed the Major Joseph R. (Beau) Biden III Armed Forces Reserve Center where the Army and Air National Guard and local U.S. Navy Reserve are located.

“Nothing made Beau more proud than putting on his uniform and reporting for duty,” Biden’s widow Hallie Biden said according to AP. “He adored his brothers and sisters in the Delaware National Guard and what they represented in our state. The men and women who walk through the doors of this building are the finest we have – we’re honored that he will forever be associated with them.”

Tanay Hudson contributed to this report.