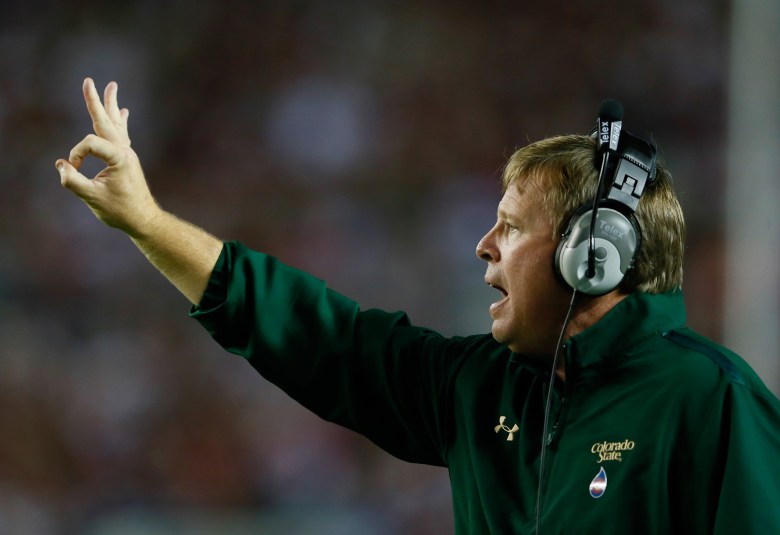 Jim McElwain is heading to Florida after leading Colorado State to a 10-2 season. (Getty)

It didn’t take long for the best college football coaching vacancy to be filled. Florida moved swiftly to hire Colorado State’s Jim McElwain to replaced the fired Will Muschamp.

The Gators sealed the deal when a delegation led by Florida athletic director Jeremy Foley flew to Colorado to meet with McElwain and his wife. The sides got past a reported $7.5 million buyout and are set to announce McElwain’s hiring at a press conference in Gainesville.

The reaction, on Twitter and elsewhere, has been overwhelmingly positive. Florida, which has sunk to mediocrity after dominating the national landscape under Urban Meyer, is hoping McElwain can follow in the footsteps of Meyer (Utah) and Steve Spurrier (Duke), who were successful head coaches at less prominent programs before coming to The Swamp.

Here’s a sampling of the early reaction and analysis on Twitter:

In Jim McElwain, I think Jeremy Foley just hired the next Urban Meyer at Florida.

Jim McElwain has agreed to become Florida's next head coach. Here's some key facts on the Gators' new leader: pic.twitter.com/iaib6ZcYBN

So if you're keeping track, between Muschamp's severance & McElwain's buyout, UF on the hook for nearly $14M.

Have to think part of why Foley made the process so public was to ensure CSU couldn’t take McElwain back, flip the leverage on buyout. 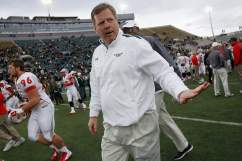 Read More
Breaking News, College Football, Football
Reaction has been overwhelmingly positive to the news that Florida has hired Colorado State's Jim McElwain as its next football coach.