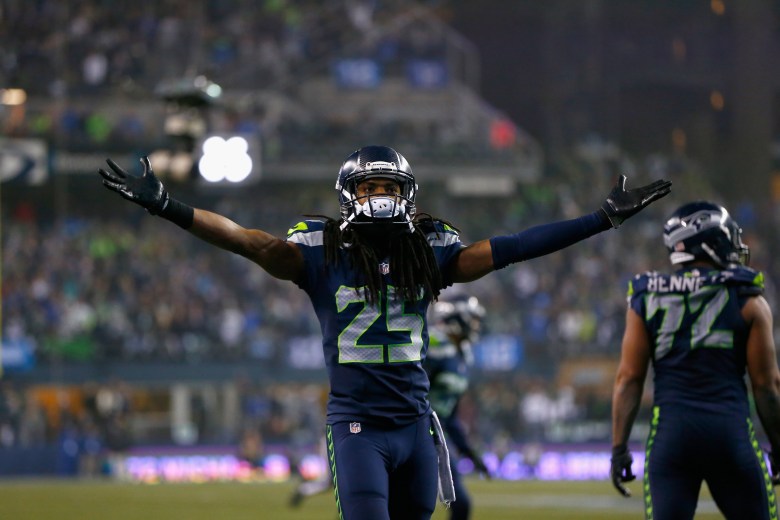 Richard Sherman and the Seattle Seahawks are a victory away from the their 2nd-consecutive Super Bowl appearance. (Getty)

The Seattle Seahawks have been in this situation before.

For the second-straight season, the Seahawks will host the NFC Championship at CenturyLink Field, where they will face the Green Bay Packers in a rematch of the season opener.

The top-seeded Seahawks (13-4) defeated the Carolina Panthers 31-17 Saturday evening to advance. The Packers beat the Dallas Cowboys Sunday 26-21 to move on.

Back on Sept. 4, Green Bay came to Seattle, watched Seahawks raise their Super Bowl championship banner, then proceeded to get run out of town in a 36-16 rout to open the NFL season.

The Packers last played in the NFC title game after the 2010 season, their Super Bowl-winning year.

The Seahawks opened as 7-point favorites at the Westgate sportsbook in Las Vegas.