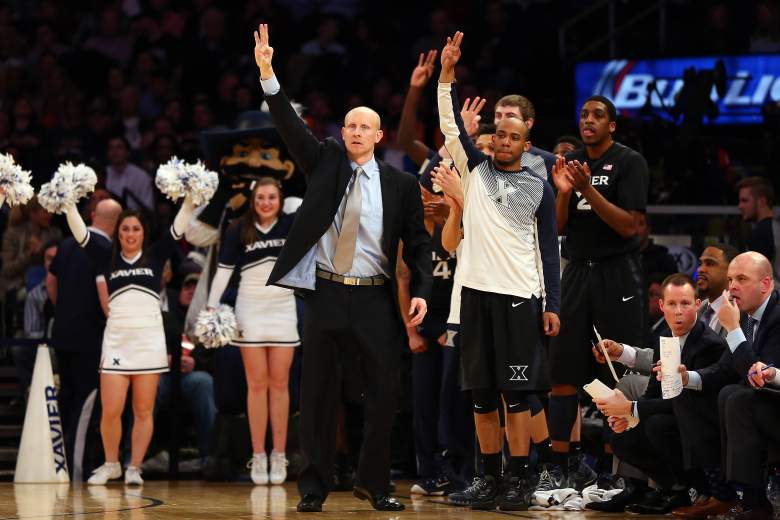 Xavier head coach Chris Mack leads the sixth seeded Musketeers against Ole Miss in the second round of the NCAA tournament. (Getty)

The Big East runner-up and sixth seeded Xavier Musketeers rolled over Ole Miss 76-57 Thursday in the second round of the NCAA tournament. Xavier held Ole Miss to only 32.9 percent shooting from the field and Stefan Moody, who led the Rebels with 26 points in the First Four, was only 5-for-18 from the field.

Matt Stainbrook was talking smack, but then lost his goggles http://t.co/FBLHFOHtAm https://t.co/xp0Hup0mH5

Xavier turned 49 missed Ole Miss shots into instant offense. Xavier finished with 10 made three pointers and made 46.4% of their shots.

Trevon Bluiett with a nifty move to the hoop #LetsGoX https://t.co/7slACYNibH

Dee Davis and Matt Stainbrook combined for 37 points and the Musketeers are shooting six of 15 from three point range.

Stainbrook picks up teammates, drives them to victory. Center shoots 8-of-10, rest of Xavier 39% in win over Ole Miss pic.twitter.com/r039JkMd6E 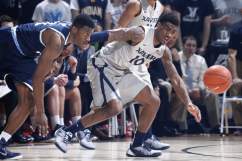 How to Watch Xavier vs. Ole Miss Live Stream Online