The 14 teams that failed to make the NBA Playoffs this season will learn their late-June fates later tonight when the 2015 NBA Draft Lottery is broadcast live on ESPN at 8:30 p.m. ET. from the New York Hilton Midtown Hotel in Manhattan.

For further explanation, here is how the NBA Draft Lottery works. These are the odds for all 14 teams, which includes percentages to land the first-overall pick, second-overall pick and third overall pick:

Here’s how to watch the 2015 NBA Draft Lottery online and on mobile: 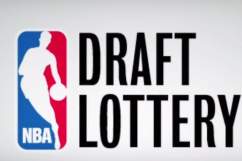 No. 2 pick in the first round draft, Jabari Parker goes to the Milwaukee Bucks. (Getty)