Rob Gronkowski and the New England Patriots are facing the Los Angeles Rams in Super Bowl LIII. In the 2018 regular season, Gronkowski appeared in 13 games, catching 47 passes — three for touchdowns — for 682 yards.

Gronk will have the support of his family — namely his four brothers and his parents — as he and his team attempt to bring another championship home to Foxboro.

The five Gronkowski brothers made a deal with Mark Cuban and Alex Rodriguez on Shark Tank for their stainless steel protein shake bottle called IceShaker, choosing the combination of an NBA owner and a retired MLB player over offers from Lori Greiner and Barbara Corcoran, the latter of whom jokingly offered a million dollars to the brothers before revising her offer to a much more realistic $100,000 in exchange for 10 percent of the brothers’ company.

Frankly guys, I would give you a million dollars for 10%… Just to hang out! @iceshakerbottle #SharkTank #IceShaker

Chris Gronkowski was the brains behind making the deal, and with the move, the Gronkowskis now have an opening for their bottle in three of the five major American professional sports leagues through both of their shark partners as well as Rob Gronkowski’s current NFL career. Despite Grenier’s suggestion that the brothers needed to change the name of the bottle to the “Gronk Shaker”, an idea that all the Sharks supported, the exposure from Shark Tank appears to have done all of the necessary work for them, as their website sold out of orders within minutes of their segment on the show.

@Chrisgronkowski want to purchase an #IceShaker but sold out! This product looks amazing! @ABCSharkTank

In light of their successful Shark Tank deal, when they get more inventory, the brothers are offering discounts of their bottle on their website for customers who sign up for their newsletter. Here are some other fun facts you need to know about the brothers Gronkowski.

Shark Tank isn’t the first time that the Gronkowski family has been on television together. Along with three of his brothers and their father, New England Patriots tight end Rob Gronkowski and his family appeared in an episode of Celebrity Family Feud. The family found themselves in a matchup against another NFL family, facing the family of former Philadelphia Eagles quarterback Rodney Peete and his wife, actress Holly Robinson Peete.

While they had a fun appearance on the show, the Gronkowskis ultimately came up short of being able to play fast money, losing out when Robinson Peete successfully guessed that the final answer on “If you were a bear, what might we see you do in the woods?” was to scratch your back on a tree after the Gronkowskis got the first three answers correct but could not come up with the last one before their third strike.

2. Gronkowski’s Dad, Gordon, Was a 3-Year Starter at Syracuse

With Father's Day right around the corner here's a #tbt to this monster raising us crazy boys. What's a good present for this year?

The patriarch of the Gronkowski family was a standout offensive lineup at Syracuse University in the late 1970s, where he played on the starting lineup for three years. He had received a scholarship from Long Beach State in his native California but after a difficult childhood, the elder Gronk opted instead to accept the offer from the cross-country Orange and hopped a bus to Buffalo by himself.

“I had to figure it out on my own. I’m a person who strives to be the best and doesn’t take ‘no’ for an answer, and I distilled that into my kids. My thing to them is, ‘Don’t let people tell you what you can do and what you can’t.’ You’re either a follower or a leader, and I definitely consider myself a leader all the way,” he told Muscle and Fitness.

Although Gordie Sr., didn’t make it to the NFL, he did help his sons achieve athletic greatness. The most famous story of fatherhood-instruction describes how Gordie would throw tennis balls at his sons from close range to help improve their reaction time. He now owns and operates G&G Fitness, his own chain of 14 home and commercial gym-equipment stores.

3. His Mother, Diane, Was a Stay-at-Home Mom & Helped Foster Her Son’s Athletic Careers

Happy Mother's Day to all you wonderful mothers out there, especially to the best momma out there, my mom! I was graced to give her the best mother day gift ever-Myself, 28 years ago when I was born! So it's another special Mother's Day where I get to celebrate both my birthday and my momma! Thank you for everything and thank you all for the birthday ? wishes! #mothersday #hbdtome ?

Diane Gronkowski gave birth to five sons, who now collectively weigh over 1,200 pounds, and while her children were growing up, the biggest challenge facing her was making sure the family’s fridges were well-stocked. That’s fridges with an ‘s.’

She also drove all five of her sons to and from school and, more impressively, to and from practices, coordinating schedules between half a dozen sports at half a dozen different locations. In fact, Diane told ESPN that she frequently showered the night before and slept in her clothes so that the morning commute was easier. “It was the best chance I had of getting them there all on time,” she said.

Gronkowski, like most teenagers, didn’t entirely appreciate his mother’s work while he was growing up but now the Pro Bowl tight end is not only thankful, he’s publicly thankful, frequently crediting Diane, and her driving schedule, as one of the main reasons for his success.

The second youngest of five sons, Rob frequently took a bit of a beating while he was growing up. There was wrestling. There was teasing. There was, sometimes, even fighting. But there was also work and determination and a streak of talent as wide as the Gronkowskis when they’re lined up side by side.

Oldest brother Gordie Jr. played baseball at Jacksonville State University and then professionally for the Canadian-American league Worcester Tornadoes in 2011. Chris played two years of college football at Maryland before transferring to Arizona. Dan also played at Maryland and was drafted by the Detroit Lions in 2009. Finally, youngest brother Glenn graduated from Kansas State University and signed with the Patriots in 2016, where he joined Rob in winning a Super Bowl ring as a member of the team’s practice squad.

The brothers all regularly trained in the family’s basement gym, a room that is still jampacked with equipment but now also boasts three trophy cases, filled to bursting with the Gronkowski boys’ respective honors. 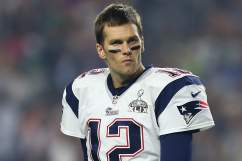 5. His Great Grandfather Was a Cyclist in the 1924 Olympics 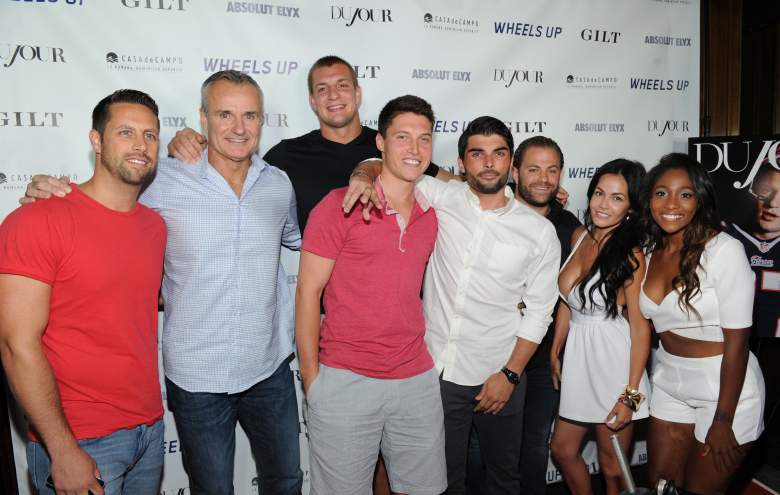 Gronk’s great-grandfather, Ignatius, was an Olympic cyclist who competed in the 1924 games. Ignatius held five different world records during his career for the 1/2-, 3/4-, 1.5-, and 2-mile distances. Ignatius Gronkowski, born in 1897 in Buffalo, N.Y., ultimately did not medal in the Paris Summer Olympics, finishing 45th in the individual road race and helping the United States to a 12th-place finish in the team race.