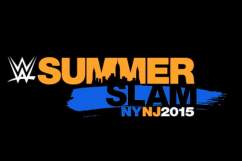 How to Watch WWE SummerSlam 2015

Here’s our extensive preview piece on each and every announced matchup that will appear on the massive card for WWE SummerSlam 2015!

Predictions & Winners: Whoa! Look at this lineup right here! We think SummerSlam 2015 will be Theodore Long’s favorite PPV ever. Tag team match heaven! Anyways, let’s get to the breakdown for this huge championship contest. The Prime Time Players have been decent tag champs since beating The New Day, but they haven’t exactly done enough to make us want to see them hold onto their titles. To be quite honest, The New Day have become immensely entertaining since turning positively heelish. Los Matadores and The Lucha Dragons have picked up a few wins here and there, which is why they’ve fought their way into this Fatal 4-Way match. We think the top two candidates to win this one are The New Day and The Lucha Dragons. Out of those two teams though, we envision Big E and Kofi Kingston regaining their tag team title straps.

Ryback vs. Big Show vs. The Miz (Triple Threat Match for the WWE Intercontinental Championship)

Predictions & Winner: Now that Ryback is going to come back from his injury, he’s ready to run into the double threat of Big Show and The Miz. Quite simply, it would be pretty ridiculous to imagine Ryback come back from a major injury only to lose his IC title. This is his 1st major PPV championship defense and he’s doing it against two…well, two less than worthy contenders. We expect the two giants of this bout to go to war the most while The Miz picks his spots carefully. We see The Miz eating the pin here after a Shellshock from Ryback. At the next PPV, we see Ryback engaging in a one-on-one encounter with Big Show.

Predictions & Winner: WOW! We were pulling for this match to get added to the PPV for the longest, so we’re overjoyed now that its been announced. We’re calling this right now, folks – this one may end up taking match of the night honors. These two former independent wrestling luminaries have made it to the big time and it’s their time to shine. Cesaro is a powerhouse who’ll pull off amazing feats of strength against Owens. And Owens is going to be as brutal and disrespectful as he’s always been. We see Owens walking away from this matchup as the victor. His chances of regaining the NXT Championship the night before are slim to none, in our opinion. We think WWE will give him at least one win during such a hot wrestling weekend. It’s time to rebuild Owens after his crushing defeat at the hands of John Cena. Beating Cesaro in a great match is the right way to get Owens back on track.

Rusev (with Summer Rae) vs. Ziggler (with Lana)

Predictions & Winner: So Rusev managed to get a new female valet after Lana left him high and dry. Over the past couple of weeks, Summer Rae has joined the “Bulgarian Brute” to get his career back on track. Lana has become a babyface of sorts due to her new alliance with Dolph Ziggler. This wrestler/manager beef will finally be settled at SummerSlam when Rusev and Ziggler engage in a grudge match. We already envision Rusev using his brute strength to subdue Ziggler during their bout. Zigs will of course find a way to make a comeback and take this match to a whole new level. We expect some type of tussle between the ladies backing each man in this match, too. Among all this action in the ring, Ziggler will take advantage of a distracted Rusev and Zig Zag his way to victory.