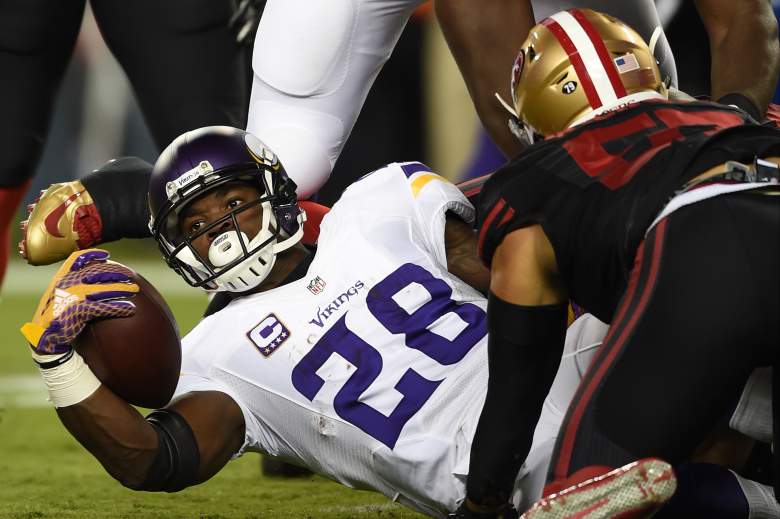 Adrian Peterson was held to 31 yards in his first game back. (Getty)

Adrian Peterson was taken in the top four of most fantasy drafts, and he delivered a dud in his first game back from a near year-long suspension. He will look to bounce back when the Vikings meet the Detroit Lions in an NFC North matchup on Sunday at TCF Bank Stadium.

In Week 1 against San Francisco, Peterson carried 10 times for 31 yards as the 49ers defense dominated the entire Vikings offense.

Keep it here for Peterson’s stats and highlights throughout the game:

He nearly scored early in the game to give the Vikings a 14-0 lead, but it was overturned on review. Then made this highlight-reel play to get them in scoring position:

About to go down for a sack? Just give it to Adrian Peterson. He'll take it 49 yards for you. #DETvsMIN http://t.co/10zZr5RFqB

It wasn’t all positive for Peterson, who put the ball on the ground three times. He lost one fumble, had another wiped out by penalty and recovered his own.

He Hit the 100-Yard Mark Late in the Game

Peterson got the full workload against the Lions, and got over 100 yards as a result. This carry got him over the 100-yard mark for the first time since Dec. 1, 2013. 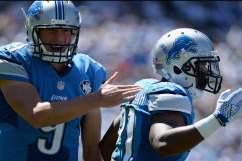 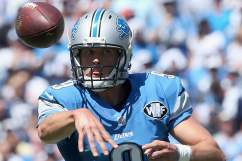 How to Watch Lions vs. Vikings Live Stream Online 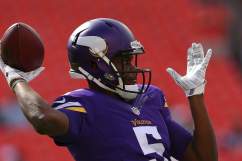 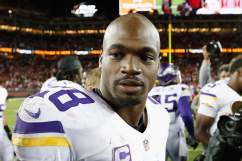